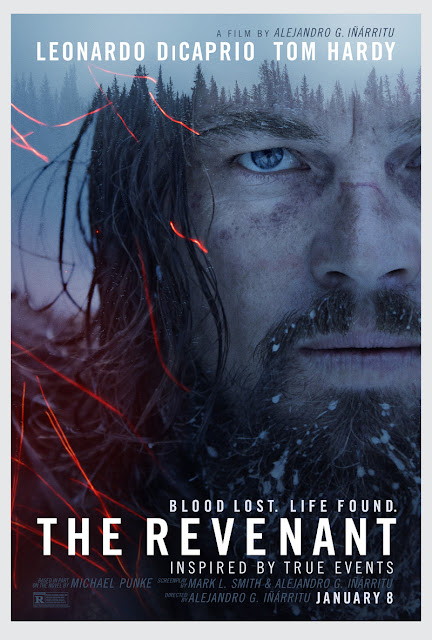 Continuing our countdown of the best movies released in the US this year, we go on the march with Leonardo DiCaprio and Alejandro González Iñárritu for this epic frontier revenge western

With The Revenant, Alejandro González Iñárritu goes Terrence Malick – not that he needed much encouragement – for an extraordinarily handsome study of a human encounter with nature at its rawest: both gruesomely bloody and crystalline in its beauty. Iñárritu and Malick now share the same cinematographer, the multi-Oscar-winning Emmanuel “Chivo” Lubezki, and no doubt Malick’s influence is being felt in The Revenant’s more rapturous, visionary sequences. But there’s a focus, and narrative ambition, that is thoroughly Iñárritu-esque (if that is a word) and which pitches The Revenant ahead of Malick’s recent experiments in thought-synthesis.


The Revenant is adapted from a novel by Michael Punke, which itself draws on the real life activities of an Irish-descended fur trapper called Hugh Glass, whose survival after a bear attack in the early 19th century in what became the Dakota Territory is the stuff of western legend. Iñárritu, working with his customarily confident visual panache, ensures his film breaks free from the written page; if nothing else, The Revenant is a consummately cinematic experience, which moves from paranoid nature trek to ordeal survivalism with plangent grace. Could Malick have pulled off the spectacular set piece of the Native American attack that becomes the trigger of subsequent events? Would he have even wanted to? And the now-notorious bear-maul scene – with those baffling suggestions of ursine rape – is in fact a bone-crunchingly effective effects sequence that wouldn’t be out of place in a more straightforward horror film.

But perhaps The Revenant’s most important achievement is that it may – finally – have given Leonardo DiCaprio the weighty, grown-up role he’s clearly been hankering after for at least a decade. Hampered by his boyish, beardless pretty-boy looks, he’s never managed to distil the gravitas that ought to accompany his ascension to the heady heights of the Hollywood upper-A-list. Slathered with prosthetics, he looked ridiculous as J Edgar Hoover. He was great in Wolf of Wall Street, but the role was an overgrown manchild. The Great Gatsby was too shiny and poppy to add much heft to his persona. But The Revenant, which called for him to wear several yards of beard, disembowel a bison, and crawl wearily through miles of ice fields, has surely done the trick. Thanks to Iñárritu, DiCaprio is the man to beat at the Oscars.