The Gift review / A sly thriller of social transgressions 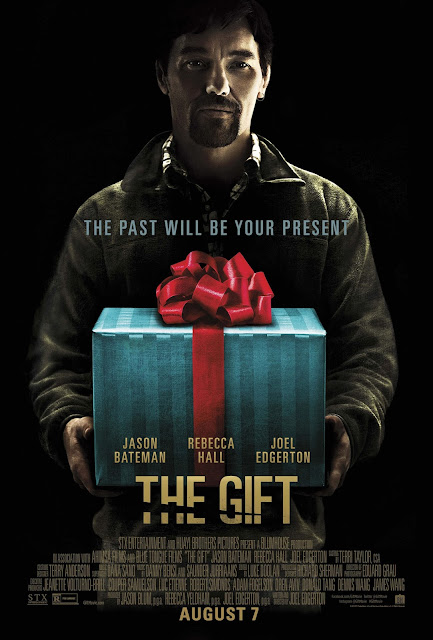 The Gift review – a sly thriller of social transgressions


In an impressive and unnerving directing debut, Joel Edgerton applies the same quiet assurance and attention to detail he’s displayed in his acting projects

he actor Joel Edgerton’s directorial debut is a tremendously sly, insinuating thriller that pushes the social transgressions of cult favourites The Cable Guy and Chuck & Buck into subtler, more shaded territory. Jason Bateman and Rebecca Hall play Simon and Robyn, an upwardly mobile LA couple settling into their new modernist home in the Hills when the dishevelled Gordo (Edgerton), a long-forgotten classmate of Simon’s, shows up – and keeps showing up, leaving increasingly extravagant housewarming presents, from window cleaner to koi carp, on their doorstep.

Simon’s best efforts to stave Gordo off – first deploying a glib lack of interest, then open contempt – don’t take, and gradually this geek-bearing-gifts, a bedraggled remnant of everything this couple has transcended, puts a crack in the couple’s unified front of success. We can’t help but notice Simon’s insecurities, and his worries that his endlessly supportive and hospitable wife may be too good for him – and that this arriviste’s needy presence seems to compound the absence of the child his hosts have long coveted.


With the couple’s glass-fronted abode becoming just one of several terrifyingly permeable boundaries, the growing mismatch between polished exteriors and unravelling interiors provides a field day for the actors.
Hall, in her most substantial screen role for years, reminds us just how the movies have largely wasted her alert and deeply sympathetic presence, while Edgerton picks out a serious callous streak in Bateman that is new, fascinating and – given the reviews for Horrible Bosses 2 –potentially career-saving.

Elsewhere, the debutant director applies himself with the same quiet assurance and attention to detail he’s displayed in his acting projects, steadily building tension through character, while porting across, from his work in the likes of Animal Kingdom, a steely psychological edge rarely witnessed inside the modern multiplex. The home stretch, indeed, may be the most unnerving in any mainstream American thriller since Seven.