Why It’s Ok to Reuse, Repurpose, and Recycle Fiction

This morning I took my cup of coffee and laptop to a desk to work on an old short story I’ve been kicking around when I made the greatest mistake any writer can make: I opened Facebook.

Between posts on the current horrors of the Trump administration, my timeline was filled with discussions about Sadia Shepard’s debut short story “Foreign-Returned” in this week’s New Yorker, which the author Francine Prose had been attacking in a series of Facebook posts. Prose was offended by the fact that Shepard’s story used plot elements and even language from a story by the late Mavis Gallant: “the only major difference being that the main characters here are Pakistanis in Connecticut during the Trump era instead of Canadians in post-WW II Geneva,” Prose said, calling the story a “travesty.” Other authors pushed back, with Marlon James, for example, noting that he didn’t notice this “self righteous venom being dished out […] when Jonathan Safran Foer took as much as he wanted from Jessica Soffer’s “Beginning, End.”

The short story I had opened, and then abandoned as I fell into the social media hole, is titled “A Feeling Artist.” It is an homage to Kafka that takes the plot of “A Hunger Artist,” but sets it in a version of the contemporary world where a “feeling artist” finds his popularity eclipsed by young cellphone app and YouTube artists who do rapid-fire feeling acts instead of his carefully crafted longform sadness performances. I don’t know if this story will work or not, but I know that taking an element or two (or even three or four) from a work I love and reconfiguring them into something new is one of my most generative practices. So I immediately got sucked into the debate.

In the comments of Prose’s posts, other authors said they were contacting the New Yorker to complain and many suggested they’d never read something that was inspired by another piece or used similar structures or plots, because they wanted to read “original” pieces with “imagination.” No matter how one feels about Shepard’s story, the ahistoricity of these comments, though predictable, was still surprising. We know, for example, that William Shakespeare’s plays frequently borrowed plots, characters, and even names from other plays. And we know that countless great works of art have been created by adapting Shakespeare’s plots to different settings (Kurosawa’s Throne of Blood) or reworking his characters in a new way (Tom Stoppard’s Rosencrantz and Guildenstern Are Dead). And yet time and again I see authors act like homage, pastiche, and remixing is some kind of lesser form of creation. That it doesn’t count. 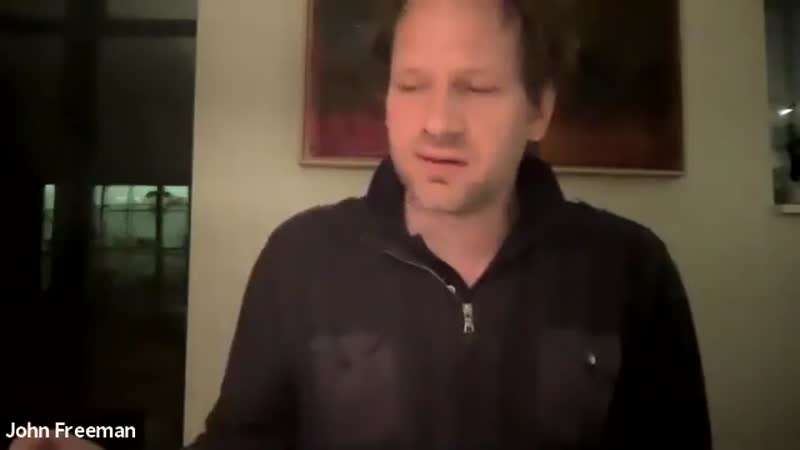 An artform is a conversation between artists. Literature is massive ballroom stretching through time in which authors debate, rebut, woo, and chat with each other. (A genre is perhaps a dialogue in one corner of the party.) They steal ideas to make them better. Or to make them different. Or to expose the problems in them. We know all this, and influences are regularly discussed in English lit classes. And yet, in the world of contemporary creative writing, people get upset when that dialogue is something we overhear.

But why? Why are we writers supposed to pretend? The idea that “finding your voice” means existing in a vacuum, never touching or being touched by other literature, is both absurd and stifling. It also seems to me to be a particular delusion of the world of literary fiction. Poets regularly write response poems and borrow lines. Science fiction and fantasy authors do not hide their influences or who their work is responding to. (The difference here may spring from the different audiences. Genre writers expect their readers to be versed in the tropes and history of the genre, whereas many authors of “literary fiction” still hold to the deluded dream of writing for a general audience or, as one teacher lectured to me, “the guy on the back of the bus.” Why professors assume that men or women who enjoy affordable public transportation can’t be sophisticated readers is another question…)

This false insistence on originality in the literary world hardly ensures more original work, it just encourages a different kind of borrowing, where writers avoid another author’s plots or characters yet mimic their style—anyone who has read a slush pile and perused the stacks of Raymond Carver, Lorrie Moore, and George Saunders imitations knows what I mean. Isn’t it more interesting to see something familiar in a new context with new ideas than it is to see a pale imitation?

As a young writer, one story that blew open my view of writing was J.G. Ballard’s “The Assassination Of John Fitzgerald Kennedy Considered As A Downhill Motor Race.” Ballard’s story is funny and surreal, making you rethink one of America’s darkest moments in a new way. It is also a complete rip-off. It is, as Ballard notes, a rewriting of French symbolist Alfred Jarry’s “The Crucifixion Considered as an Uphill Bicycle Race.” Ballard uses the same structure, same beats, and some of the same language, but by putting it in a different context produces new meaning.

I loved it! I loved both the playfulness of the work—something I found so lacking in most of the literary fiction I was assigned in college—and in the possibilities of pouring new ideas into an existing story’s form. (I once even attempted a story called “9/11 Considered as a Super Bowl Game,” though luckily abandoned it. Trust me, it did not work.) It isn’t the best story I’ve ever read, yet it gave me a key to opening an entire way of writing. In the years since, I’ve found that many of my favorite books do some form of “remixing”: Angela Carter’s brilliant subversions of classic fairy tales in The Bloody Chamber, for example. Or Victor LaValle’s recent rebuttal and homage to Lovecraft, The Ballad of Black Tom. You can insert your own examples: Jean Rhys remixing of Jane Eyre in Wide Sargasso Sea. Nathan Englander’s What We Talk About When We Talk About Anne Frank.

Reworking an existing text is not proof of a lack of originality, it is a tool to create new works. It is an essential part of how art moves forward, while at the same time connecting us to the art created in the past. It is akin to writing in a form, how infinite poems can be created out of the structure of a haiku or a sonnet. Jonathan Lethem laid this out in his famous, and excellent, essay “The Ecstasy of Influence,” where he gave examples of the generative power of appropriation across artforms and throughout history.

None of this is to say that there aren’t issues to be navigated. That authors can’t ape a piece too closely without doing anything original, or that straight up plagiarism doesn’t exist. There are some works that are more fertile for new growth, that present more opportunities for subversion and reinvention. In general, the more famous a work is, and thus the more it has entered the cultural conversation, the more opportunities it presents for remixing. And there are power dynamics: difference between a young writer riffing on a famous novel and an established writer stealing elements from an unread writer without attribution. The legal limits for what should be allowed or what shouldn’t are far too thorny to deal with her.

Is Mavis Gallant, a celebrated author in Canada who is not widely read in the United States, famous enough to remix without attribution? If I were the author or the editor, I would probably have put “after Mavis Gallant” below the title to acknowledge the inspiration. I would do that with Shakespeare too. But I hardly think its omission is a high crime. Not even a misdemeanor when you consider that in the New Yorker’s accompanying interview Shepard is quite open about her influence: “This story owes a great debt to one of my favorite short-story writers, Mavis Gallant, and specifically to her story ‘The Ice Wagon Going Down the Street.’”

These are, of course, separate questions from whether the piece works or not. You should read it and decide for yourself! On Facebook, Shepard responded graciously to Prose. She thanked her for discussing the piece and explained her ideas behind it: “my intention in writing ‘Foreign-Returned’ was to rethink/adapt Gallant’s classic story for the present day with Pakistani characters and situations from my own context and community into Gallant’s structure, and in so doing to provide some commentary on our current political climate and the lives of American Muslims.”

Prose, for her part, replied, “it’s still a bit of a mystery, since presumably you have stories of your own to tell, and one would hope that your workshop leaders and editors would have encouraged you to do so.”

If you’re a writer, I say ignore this noise. They may not be your stories to tell, but they are your stories to retell. Take whatever you need, from wherever you want. Stick a Jane Austen character in a Stephen King story. Grab a Dickens plot and bend it around until has a new shape. Mix up Marquez and reimagine Joyce. Jumble up genres, mash together settings, and Frankenstein new living stories out of everything that catches your eye. Remix. Remodel. Rewrite. Use everything and anything you can get your hands on.

And, for god’s sake, turn off Facebook when you’re trying to work.

Lincoln Michel is the author of Upright Beasts and the co-editor of the crime anthology Tiny Crimes. His fiction and criticism appear in Granta, The New York Times, GQ, Rolling Stone, The Guardian, and elsewhere. You can find him online at lincolnmichel.com and @thelincoln.