‘We Are the Exception’ / Translational Fidelity and the ‘Nights’ 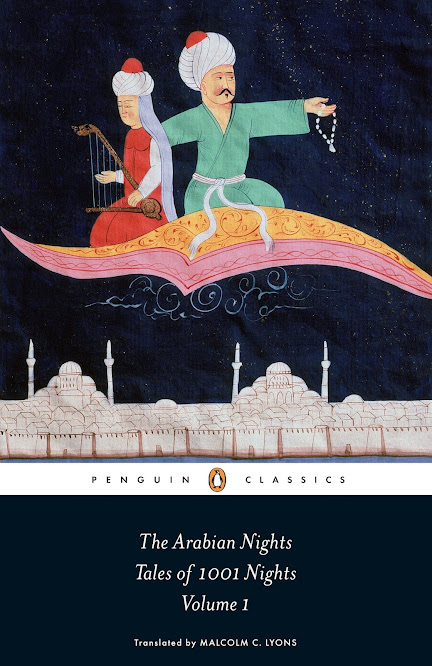 ‘We Are the Exception’: Translational Fidelity and the ‘Nights’

MARCH 22, 2016
At the 2016 American Oriental Society (AOS) meeting, held March 18-21, translator-scholar Bruce Fudge spoke about “Frugal Orientalism: Borges and the New Translations of The Thousand and One Nights.” Fudge, who’s at the University of Geneva, is also at work on the first English translation of The Hundred and One Nights (Kitab mi’at laylah wa-laylah), to be published by the Library of Arabic Literature:

The “frugal Orientalism” of Fudge’s talk comes from Jorge Luis Borges’ musings on Antoine Galland’s translation of the Thousand and One Nights. Borges goes on:

The basic problem remains: how to entertain nineteenth-century gentlemen with the pulp fictions of the thirteenth century? The stylistic poverty of the Nights is well known. Burton speaks somewhere of the ‘dry and business-like tone’ of the Arab prosifiers, in contrast to the rhetorical luxuriance of the Persians.

Never mind the tarring of all Arab prose. Instead, ask: How do we entertain millennials with the pulp fictions of the thirteenth century?

Yet as it turns out, the question is no longer as urgent. As Fudge noted just after his talk, translation has recently taken a sharp turn away from most of its history.

For the most part, in writing’s many centuries, things were different. Translators focused almost exclusively on the needs and desires of their own research, or on their readers, using texts with a loose grip. Just as the Nights was embroidered with Orientalisms, so popular English-language works, like those of Agatha Christie, were rewritten, invented, and fan-fictionalized into Arabic.

This is in sharp contrast to how we agree business should be done today. Fudge looked at how recent translators dealt with the Nights, particularly Jamel Eddine Bencheikh and André Miquel in the French (2005) and Malcolm and Ursula Lyons in the English (2008).

All translators who’ve worked with the Nights, Fudge said, have had to deal with the “stylistic poverty” that Borges notes above in one way or another. This “poverty” is certainly not a suggestion that the Nights are worthless. Instead, it’s something like the problem Chinese translators will find in re-rendering Law & Order five hundred years from now.

The “treasures and pleasures” of the Nights, Fudge said, are not in the quality of its language. The stories were meant, like any popular literature, to seize the attention of the reader and hold it. Although they were a body of written literature, they were often performed live, Fudge said. Thus, the stories of Nights have elements of a sometimes-repetitive orality.

But why, Fudge asks, wasn’t this “stylistic poverty” a problem in the Arabic? It’s because they have something else in the Arabic: an intertextuality, or an ability to call on — and call up — other works in the tradition. Just so, Law & Order can skip many linguistic niceties while making hand gestures to other works of its species.

Fudge was asked, after his talk, about how all this applies to his translation of The 101 Nights. He answered that he “could definitely feel that the Arabic was just too bare” in the 101 as well. “You had to do something with it, and it was a question of what to do with it.”

“The intertextual element is so huge,” he added. “And it’s really difficult to render.”

So how to deal with the text’s apparent bareness, at least as it appears through the eyes of a twenty-first century Anglophone reader? Translators have gone in different directions, Fudge noted, with the most recent English translation trying to speed things up a bit, while also being the most strictly faithful.

‘Basil of the Bridges’ vs. ‘Mint of the Dykes’

In his talk, Fudge examined a few moments where the translations diverged. In “The Porter and the Three Ladies,” there is a point at which a naked woman calls for a description of the space between her legs. One of the answers given is “habaq al-jusur,” translated variably as “the basil of the bridges” (Burton, Haddawy), “the mint of the dykes” (Lyons and Lyons), and “le basilic du brave” (Bencheikh and Miquel), which goes in a different direction entirely.

Between the two in English, Fudge suggested that “the mint of the dykes” comes the closest to the original meaning, although he goes on to criticize the harshness of its consonants. He made no mention of how the spelling dykes, rather than dikes, changes the associations significantly.

In any case, habaq, Fudge says, may be “basil, mint, or some other sweet-smelling plant sometimes growing near the water.” Jisr or jusur usually refers to a bridge, “but it can also be embankment, bank, or causeway.” So, Fudge said, he reads habaq al-jusur as something like: fragrant herbs sloping down to a moist indentation.

In the contest between the versions, Fudge gives greater credit to the alliterative “le basilic du brave” and “the basil of the bridges,” although his own looser translation seems a better and more evocative use of language.

Overall, Fudge seemed to prefer the 2005 French version, saying he found in Lyons and Lyons “a fidelity to the plain prose and literal sense of the words but a passivity…that is at odds with the action being described. In his concern with keeping…a fast pace, [Lyons] gives a monotone.” The French, Fudge said, is much more convincing.

In the end, Fudge returned to Borges, who evinced the lowest opinion of Enno Littmann’s German version of the Nights. The Littmann, Borges wrote, was applauded by Arabists for its faithfulness to the original, but was nonetheless (or for that very reason) a failure. The Littmann, Borges said, failed to be conceived “in the wake of a literature. Whatever their blemishes or merits,” the other versions that Borges knew “presuppose a rich (prior) process” with the English calling to John Donne, Shakespeare, and Cyril Tourneur, and the French calling to La Fontaine and Mannequin d’osier, among others.

The German, he said, failed to do anything but remain faithful. This, Borges called “so little, so very little.”

So, Fudge said, “if Galland appears frugal,” then “the Lyons and Bencheikh-Miquel are positively parsimonious.”

Is Parsimony a Virtue?

As Fudge noted, “we are the exception” in the long history of translation, and our focus on fidelity makes us the outliers in a messy series of literary borrowings and exchanges. Currently, whether it’s “domesticated” or “foreignized,” a twenty-first-century translation is expected to hew quite closely to the source text. Or, at the very least, quite faithfully.

Scholarly translations are held most tightly in fidelity’s grip, with many academic Arabic-English translations being unreadable cribs. The LAL project has slipped the collar somewhat, moving away from a strictly airless translation, freed in part by the facing-page Arabic. Still, the LAL editor-translators are not making something new or free of the text, but instead viewing faithfulness in a slightly different way.

Translations of modern literature can be, at times, unfaithful. For instance, the deletions and emendations to Haruki Murakami’s early novels, or to Raba’i al-Madhoun’s The Lady from Tel Aviv, trans. Elliott Colla. Still, publishers generally keep quite quiet about it, as the contemporary reader who finds out about these changes inevitably feels cheated.

Fudge noted that, because of the length of the Thousand and One Nights, it will likely be some time before the text is translated afresh into English or French. By that time, who knows, perhaps we will see translation in yet a different light.

Email ThisBlogThis!Share to TwitterShare to FacebookShare to Pinterest
Labels: Arabian writers, The Thousand and One Nights, Writers