This artist is my most recent painterly discovery. I haven’t heard of her before and I think it’s such a shame! Her tranquil paintings in Post-Impressionist style are the best thing for a relaxing afternoon… Have a read about Gwen John from Wales: Gwen John studied art in Slade School of Art together with her brother Augustus. However, they were complete opposites artistically: on the contrary to Augustus, she lived a reclusive life and favoured introspective subjects. After studies in Slade, Gwen moved to Paris to study art under Whistler. In 1899 she returned to London for a short time, but in 1904 she settled permanently in France. She lived first in Paris where she earned her living modelling for other artists. This is how she met Auguste Rodin who became her lover but after the unsuccessful end of their affair, she lived alone. From 1911 she lived in Meudon, on the outskirts of the city where she spent most of her life. Her paintings depicted her solitude, as she often painted her empty room in the attic. However, the paintings do not have an atmopshere of loneliness, or sadness, but they rather are contemplative and calm. 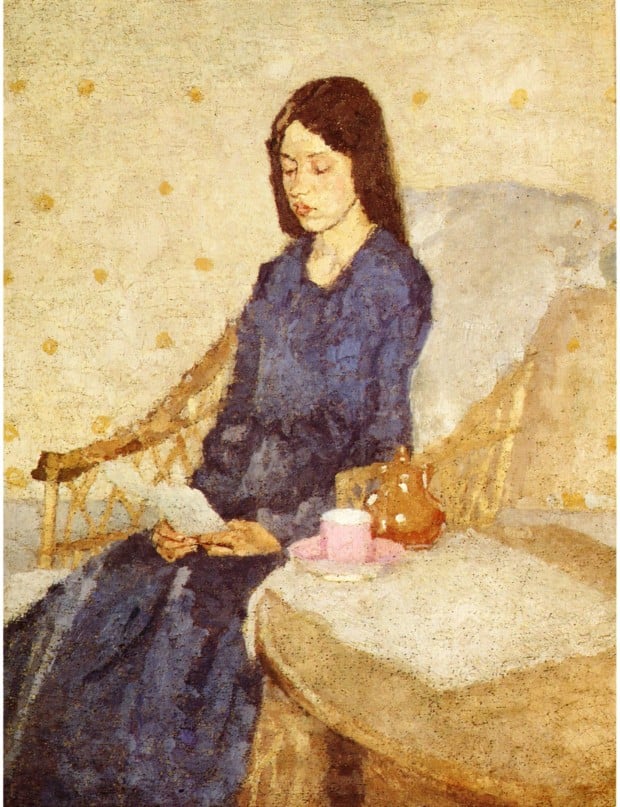 In 1913 John converted to Catholicism and she said ‘My religion and my art, these are my life.’ Most of her paintings are studies of single figures (typically girls or nuns, many auto-portraits) in interiors, which in a sense remind me a lot of Vermeer. They are equally sensitive, restrained, and delicate. During her lifetime she had only one exhibition at the New Chenil Galleries, London in 1926. She was little known and in her final years she lived virtually like a hermit. However, her brother prophesized that one day she would be considered a better artist than him. Is she?