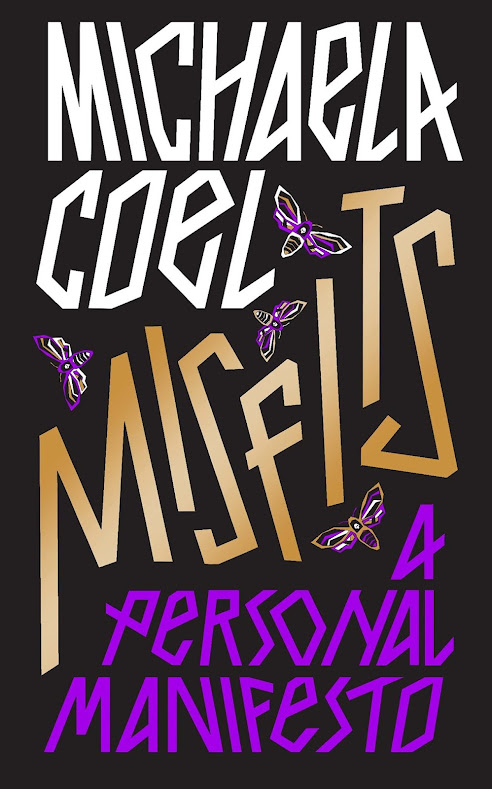 Book of the day
Autobiography and memoir

An outsider perspective on the TV industry exposes its sexism, racism and complacency

n 2018, the actor and screenwriter Michaela Coel addressed the bigwigs of the television industry at the Edinburgh festival. She had been invited to deliver the 43rd MacTaggart lecture, a prestigious spot that had previously gone to Dennis Potter, John Humphrys, Greg Dyke and three Murdochs: Rupert, James and Elisabeth. In 43 years, Coel was only the fifth woman to take the podium and the first person of colour. Not for nothing did the event chair and head of Sky Arts, Philip Edgar-Jones, remark how her presence “makes you wonder what we’ve been doing all these years”.

Coel’s speech is the centrepiece of Misfits, a small book with big ideas that provides revealing snapshots of a career in television from the vantage point of an outsider. Before being invited to speak, she had never heard of the MacTaggart lecture – “Then again, back then I’d also never heard of Depeche Mode or Sarajevo, so no shade to the lecture – it just hadn’t beamed on to my radar.” The success of her debut drama Chewing Gum and its hit follow-up I May Destroy You means Coel has beamed on to the radars of TV viewers everywhere. Even so, as a black working-class woman operating in an industry dominated largely by white middle-class men, she remains on the outside looking in – or, as she designates herself, a “misfit”.

Coel lays out her path into television from a childhood in London’s Tower Hamlets, where strangers pushed dog excrement through her letterbox, while drawing on “the resilience born from having no safety net”. At 23, after dropping out of two universities, she went to drama school where she was the first black woman to have enrolled in five years, and where a teacher called her a racial slur during an improvised exercise.

She discloses her poor treatment at the hands of the TV industry, describing an encounter with an unnamed producer who, shortly after she won an award, said: “Do you know how much I want to fuck you right now?” She also recalls being drugged and sexually assaulted by strangers and how “the first people I called after the police, before my own family, were the producers”. She was met not with empathy but awkwardness. She asked for her writing deadline to be pushed back and for the channel to be told the reason. “The deadline was pushed back,” she reveals, “but the head of comedy never found out why.”

Elsewhere, Coel talks of the reminders of her “misfit” status, such as the gift bags handed out at her first awards ceremony which contained dry shampoo, tanning lotion “and a foundation even Kim Kardashian was too dark for. (A reminder: This is not your house.)” While shooting “in a place far, far away”, she and a colleague were carrying groceries home when men started following them and hurling stones. “The producers saw shooting ‘in that place’ as a low-cost haven. They didn’t consider the experiences of the Brown and Black cast to meet the morals of their diversity compass, because they didn’t see things from our point of view.”

On encountering obstacles, Coel was frequently told “that’s the way it is”, a mode of thinking invariably used to justify poor decisions while preserving the status quo. Her objective with her address, and this spry, sharply articulated book, is to question why things are the way they are, to fix the “faulty house” that is the television industry and argue for new perspectives, both behind and in front of the camera.

Her objective is to question why things are the way they are, to fix the 'faulty house' that is the television industry

This commonsense approach and instinctively questioning nature extends to the very existence of Misfits. Does it, she wondered in the New York Times last month, really constitute a book at all? It’s a valid question, not least because videos and transcripts of her original speech have long been available online. While the text has been updated and bookended with added thoughts and reflections (including a lengthy and not always cogent metaphor involving moths), this is not a new piece of work. Nonetheless, the problems it exposes – sexism, racism, egregious complacency – remain burningly relevant. That Coel’s original speech didn’t bring about an instant revolution in the industry would surely justify its transformation into a book.

Bringing about change can be a slow business but, in her 33 years, Coel has already achieved more than most. No one else is making the kind of taboo-breaking, paradigm-shifting television that she is, and few have fought as hard, and compromised so little, to create it on their own terms. Coel’s speech was initially aimed at those in charge of our television networks, but for the rest of us it provides a startling glimpse into the mind and practices of a remarkable talent.

Posted by Ficciones at Wednesday, September 29, 2021

Email ThisBlogThis!Share to TwitterShare to FacebookShare to Pinterest
Labels: Autobiography and memoir, Book of the day, Fiona Sturges, Michaela Coel