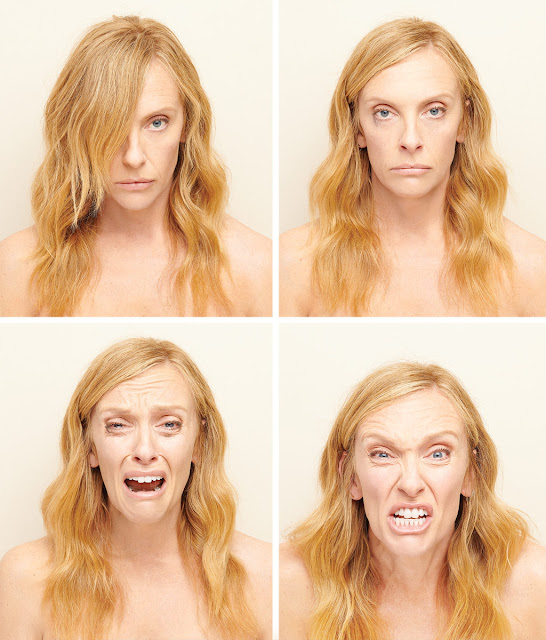 ereditary tripled my heart rate, prickle-massaged my scalp, cured my hiccups – and pretty much terrified me. It was the first time I’ve heard someone in an audience of hardened critics yelp the word “Fu-uck” in two separate syllables; the first in fear, the second in a kind of immediate, incredulous self-reproach for having lost it in public. That reaction was incidentally triggered – the only appropriate word – by a tongue-click, the sound a child might make to impersonate the clip-clopping of a horse, a once-innocent tic I will from now on associate with pure evil.

This has been described as an Exorcist for a new generation, which isn’t quite right, though it weirdly reminded me more specifically of the Jonathan Pryce “Exorcist” stage Hamlet from 1980, in which he gets speakingly possessed by his father’s ghost. First-time writer-director Ari Aster has really drawn on other inspirations: Don’t Look Now and Rosemary’s Baby, in their presentiments and conspiracies of horror. Hereditary is also like a death-metal version of Bergman’s Cries and Whispers. 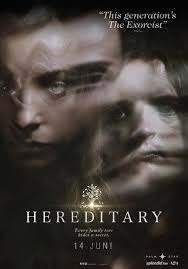 The direction, shooting and orchestral score are all brilliant, but it would be nothing at all without the terrific performance of Toni Collette in the lead, her face a mask of fear and anger. She is a scary-movie Medea in extreme closeup. Surely this magnificent actor will get some silverware next February. My own game plan is to write a series of grumpy articles about how brilliant genre movies always lose out to middlebrow ersatz artistry in the awards season – to reverse-jinx Collette and maybe Hereditary itself into getting the big prizes.
Collette plays Annie Graham, a deeply troubled woman who has some renown as a contemporary artist, preparing for a new show, creating miniaturist doll’s house creations of scenes from her own life, tiny lit rooms with Lilliputian human figures, fixtures and fittings all fabricated with fanatical detail and care. Aster may have based her on the real-life American artist Narcissa Thorne, who created the miniature “Thorne Rooms” exhibited at the Art Institute of Chicago that fascinated the young Orson Welles.

Clearly, this artistic process speaks of Annie’s control-freakery, a need to reduce and render manageable a life that is in some way beyond her, an emotional fetishism or voodooism. She has maybe inherited this dysfunction from her elderly, secretive and abusive mother, who has just died after years of dementia – a woman whose malign influence effectively poisoned the lives of Annie, her easy-going husband Steve (Gabriel Byrne) and their teen children Peter (Alex Wolff) and Charlie (Milly Shapiro). This grandma insisted on taking Charlie under her wing, and now that she is dead, her ghost is insisting 13-year-old Charlie release the evil that is encoded in the family’s DNA.

Colin Stetson’s musical score establishes a pulse of fear – accentuating the film’s disturbing trick of moving from day or night in exterior shots in a single percussive beat, like switching the daylight on or off with a switch. Grace Yun’s production design and Pawel Pogorzelski’s cinematography create a dreamlike sunlit bake for the outdoor scenes, and indoors, square-on compositions make the rooms look uncannily like doll’s house replicas with live occupants. There is something inexpressibly scary in believing, just for a second, that the human beings we are watching are in fact tiny animated dummies in some satanic installation.
Hereditary does have, it should be said, some pretty standard-issue genre elements: including the discovery of an old book full of occult descriptions. A lesser film, a film without its stamina and persistence in maintaining the tension, couldn’t have got away with that.
It is customary to validate horror by looking for the satire, and of course Hereditary is partly about a secret fear and loathing of old people that flowers in middle age: fear of becoming old, fear of the genetic message of weakness they have left us, about which we can do nothing, strive for success as we may. But Hereditary is basically a brilliant machine for scaring us, and Collette’s operatic, hypnotic performance seals the deal every second she’s on the screen – though Wolff is also very good as the cool teen who regresses into a frightened little boy. Collette’s Annie turns into a poltergeist haunting herself: thrashing and contorting with agony, with her anguished but rational need to keep it together, and keep her family together.
THE GUARDIAN