Her long-distance lover is a duplicitous serial seducer... Why does she still want him?

Recently, towards the end of yet another lovely date with a man I've known for 18 months, he began commenting on the bodies of women around us, and their likely sexual performance. This was out of character (having previously told me I was the only woman he'd slept with in the time I'd known him) and so was his telling me about the sex he'd had with six women that he had dated in the six weeks since we'd last seen each other.
Back at his flat he gave me the doorstep chat-up lines he'd used and told me how once they were on the stairs to his flat he would 'know he had them'. An argument ensued in which he became abusive, and having travelled from my home city to see him, I left at 3am to find a hotel. As a result he says we need some space. I don't want to expose myself to similar humiliating behaviour but I'm feeling deeply sad, as we otherwise have a really great time together. It is years since I have felt as strongly for a man with whom there was some reciprocity. Did I behave as unreasonably as he seems to think? 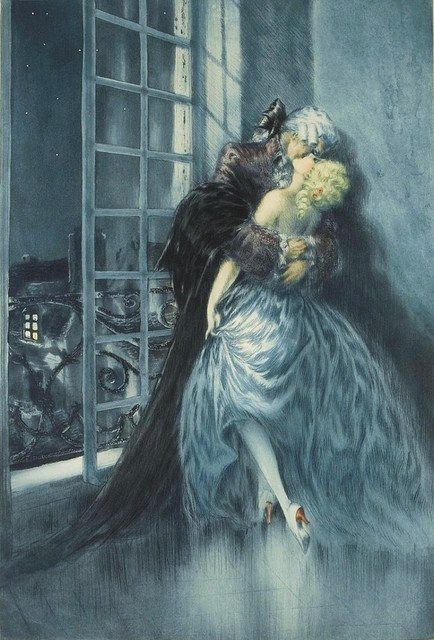 What a jerk. This idiot you've been dating thinks he's clever because he can get laid. It's a boast that's barely worth the breath used to utter it. Nowadays sex is as easy to find as the name Smith in the phone book. The sexy thing to do is to be seen to avoid it. What you should be wondering is why it's taken you 18 months to see through his smarmy exterior to the serial seducer within. And if the word 'seducer' carries any poetic resonance for you then it's time to work out why. In your necessarily abridged letter you say you two don't yet have 'a committed relationship'. Why on earth would you want one with this out-of-date Casanova? He's as unfashionable as those Juicy tracksuits everyone was wearing last year.
There was a time when the world admired a 'bounder'. In Victorian days, when the flicker of an eyelash was considered coming on too strong, the notion that there were people out there breaking down sexual taboos was quite impressive. In an era famous for its explorers, these men were pioneers in their chosen field, taking brave steps for mankind into unmapped erogenous zones in pursuit of emancipation for both sexes. In retrospect they could be viewed as pioneers in a sexual desert, fighting for our right to claim our bodies and what we did with them as a basic human right.
'Bachelor' was a label to be admired, signifying a man who wasn't prepared to compromise his principles for the sake of social mores. Plenty of women would doubtless have liked to join those ranks and indeed a brave minority did, but theirs was much more challenging terrain. To this day there's a stigma involved in being a single or sexually active woman that men are only just beginning to experience.
In the 21st century, one of the greatest day-to-day challenges of those of us in the 'free' West is escaping sex. Whether it's in movies, via the internet, in a magazine, or in your own bed, the sheer abundance of it is enough to turn us all into sexual bulimics. I'm not suggesting we all take a vow of celibacy, but honestly, where's the challenge in getting your leg over? Finding love hasn't become any easier, but if you're prepared to compromise, pay or just put out, any idiot can pick up a lover. For those reasons alone this man of yours looks tawdry. He's not mature enough to have a serious relationship so he tries to disguise his inadequacy with an abundance of 'conquests'.
He obviously zooms in on long-distance lovers as the perfect route to keeping things casual and when he feels he's getting out of his depth exposes himself for the duplicitous weakling he is. This is a double-pronged attack that avoids any real action from him and also winds up the affair, or worse, extends it on his terms. In an expert move, he's left you feeling a little guilty for being unreasonable but unenthusiastic about a return to the status quo.
Now he's hoping your lack of self-esteem will deliver you back to him, bullied out of having reasonable expectations and hating yourself for being weak enough to accept it. If you go back he'll have you exactly where he wants you, at arm's length, to toy with as he pleases. Don't give him that opportunity.
Shakespeare's Taming of the Shrew might offer you an insight into his tactics. You talk about reciprocity, but if this sort of behaviour is your idea of sharing then I suggest you get a little more demanding. There's no downside; if you regret dispensing with him you'll find another volunteer just around the corner. Believe me, guys like him actually do grow on trees. Then again, maybe he was just trying to impress you.
THE GUARDIAN