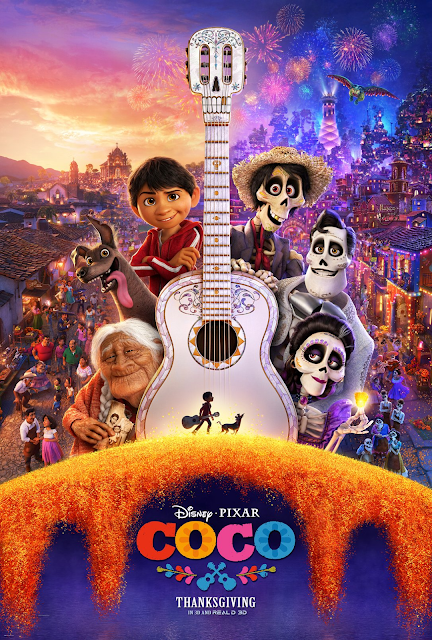 L
ast year, on its US release, this charming Pixar animation didn’t even make our American top 50 films of 2017 list: that may have been a simple oversight or a reflection of the fact it arrived late in the year. But more likely its presence in this year’s UK top 10 owes something to the incremental increase in affection and reputation of a film that – compared to the likes of Incredibles 2 or Finding Dory – failed to ignite the hysterical advance buzz that tends to accompany most Pixar releases.


On the face of, Coco may have been hampered initially by the fact that it looks pretty traditional by Pixar standards: notwithstanding the Mexican setting and clear interest in providing a corrective to standard white-bread animation. (But in truth it might have gone a little further; had it started production now it would undoubtedly have had a girl as the principal character.) 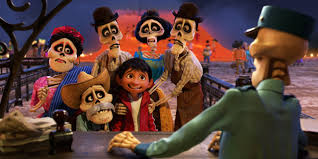 Twelve-year-old Miguel is one of those big-eyed Disney moppets who hail from an almost pre-Pixar world – we’re a long way from, say, Riley in Inside Out – and Coco might have buckled if he and his yen to play guitar had been the film’s sole attraction.
But no. Miguel has a convoluted family life, mostly involving a bevy of relatives still enraged at the disappearance of his musician great-great-grandfather decades ago and consequently loathing all forms of music. He picks up a guitar inside the family sepulchre on Mexico’s Day of the Dead and bingo – he is transported to the underworld in the company of the actual deceased. 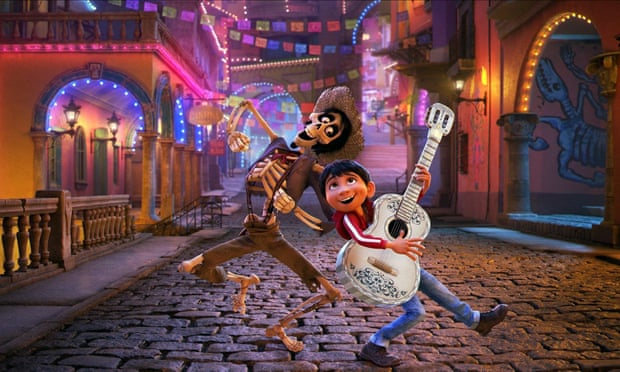 Rather like in The Book of Life – another Dia de los Muertos animation, from 2014 – this brain-frazzling plot point allows the animators to go bananas: a luridly imagined dead zone, overrun by frenzied hordes of skeletons and packed with enormous, ramshackle buildings. It really is spectacular, beautiful stuff, picked out in DayGlo colours and intricately detailed design.
Miguel’s story – which involves lifting the strummer’s curse, and the exact identity of the person whose face has been ripped out of an old photograph – allows the storytellers to get into some profound areas about life and death, and the function of memory. These concepts perhaps are not sketched out with quite the brilliance and elan of Inside Out, but are nonetheless rendered a feelingly intelligent way, and perhaps just right for the tweenagers in the audience. In stepping back from the zappy, kidult-orientated entertainment-complex it pioneered, Pixar crafted something rather lovely.

Email ThisBlogThis!Share to TwitterShare to FacebookShare to Pinterest
Labels: Film, Mexico, The 50 best films of 2018