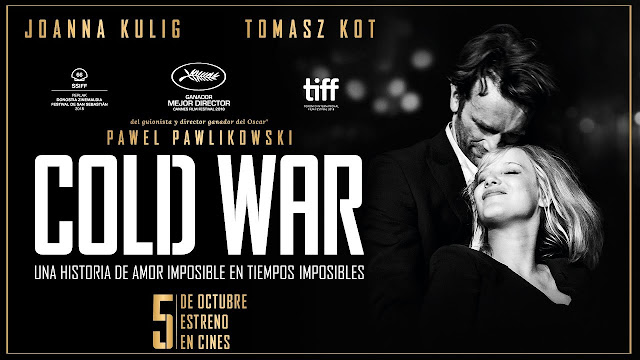 H
aving smashed his last film out of the park – the Oscar-winning Ida from 2013 – Polish director Paweł Pawlikowski repeated the feat with Cold War, which has already won him the best director award at Cannes and a bunch of best foreign-language nominations. It is superficially similar to Ida – period Polish setting, stylish black and white photography, a preoccupation with Poland’s past socio-historical compromises – but there the resemblance ends. While Ida was a spare, distilled piece that perfectly reflected the unspoken crisis beneath its frozen surface, Cold War is more obviously epic and romantic, with an overpowering appeal to universal values.


Cold War, as its title indicates, is clearly working on two levels: it’s a reference to the geopolitical events that irretrievably marked entire generations in eastern Europe – including Pawlikowski’s parents, who are named in the final credits – and which actively dominates and shapes the film’s central liaison. This is between an aspiring singer, Zula, who auditions for a folk-singing troupe and Wiktor, the troupe’s musical director who hires her; their instant, chemical passion soon develops into a cold war of its own.
Their relationship begins in 1949 as Poland is coming to terms with its enforced postwar communism, and progresses through the 50s with increasing restiveness. Escape, of course, is a possibility; and how and why each of them responds to the opportunity of shifting abroad is a key thread in the film. 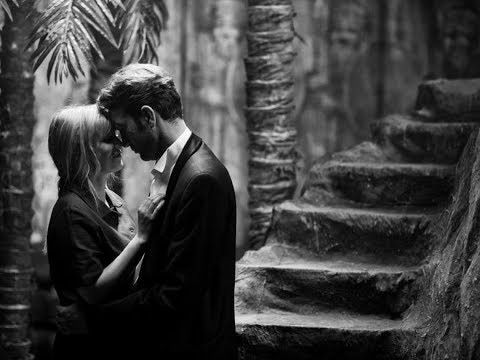 But this would be nothing without the sheer drama of Zula and Wiktor’s coming together – so brilliantly played by Joanna Kulig and Tomas Kot. As we jump forward, When Harry Met Sally-style, from headlong infatuation to persistent longing to a kind of desolate, self-harming stasis, we can sense Pawlikowski intends this as an emotional biography of Poland itself. The visual brilliance of the black and white photography – from high-contrast jazz club smokiness, to the wintry chill of the Polish countryside – sets the tone superbly, and represents a second triumph for cinematographer Łukasz Żal, after his stunning work on Ida.
Pawlikowski has had one of the most interestingly peripatetic careers of modern film-makers: from his beginnings making literary documentaries for British television and his early features as part of a naturalist/improvisatory British school. His return to Poland has been the making of him as a director. Long may it continue.
THE GUARDIAN

Posted by Ficciones at Wednesday, January 02, 2019