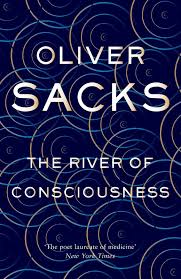 A Last Glimpse Into the Mind of Oliver Sacks

By Nicole Krauss
THE RIVER OF CONSCIOUSNESS
By Oliver Sacks
237 pp. Alfred A. Knopf. $27.
Reading a book published after its author’s death, especially if he is as prodigiously alive on every page as Oliver Sacks, as curious, avid and thrillingly fluent, brings both the joy of hearing from him again, and the regret of knowing it will likely be the last time. In his more than 45 years of writing books — mostly about the workings of the brain, but along the way touching on nearly everything else, too — Sacks taught us much about how we think, remember, and perceive, about how we shape our sense of the world and ourselves. His case studies of those with neurological disorders were works of literature even while they broke scientific ground. But increasingly as he aged, Sacks turned his powers of observation on himself, probing his own experiences, disorders, passions and mental processes with the same wonder and acuity with which he studied his patients. “The River of Consciousness,” a collection of essays he worked on until his death, contains reflections on the evolution of life and the evolution of ideas, on the workings of memory, the process of consciousness, and the nature of creativity, alongside examinations of his own mishearings and misrememberings and his experience of illness.
In an essay about Darwin’s neglected late writings about flowers, Sacks describes a childhood conversation with his own mother in their London garden, “nearly a lifetime ago.” She explained that the reason their magnolia tree was pollinated by beetles was that a hundred million years ago, when the magnolia appeared along with the first flowering plants, bees did not yet exist. The idea of a world without “bees or butterflies, without scent or color” filled the young Sacks with awe: “The notion of such vast eons of time — and the power of tiny, undirected changes which by their accumulation could generate new worlds, worlds of enormous richness and variety — was intoxicating.” The understanding that it could have worked out differently, that humans might never have come to be, “made life seem all the more precious and a wonderful, ongoing adventure … not fixed or predetermined, but always susceptible to change and new experience.” However youthful, that combination of wonder, passion and gratitude never seemed to flag in Sacks’s life; everything he wrote was lit with it. But it was his openness to new ideas and experiences, and his vision of change as the most human of biological processes, that synthesized all of his work.
Following the essay on Darwin’s overlooked late writing is one about Freud’s early work as a neurologist, and how those 20 years of research led him to arrive, by the 1890s, at a vision of the brain as dynamic, its functions not located in isolable centers, but rather achieved through complex systems, open to modification through experience and learning. Freud was prescient in his understanding of memory as a “transforming, reorganizing process” — essentially a creative process, in which memories are perpetually revised and recategorized to shape identity and support a sense of continuity as an individual. Writing to Wilhelm Fleiss in 1896, Freud used the word Nachträglichkeit — “retranscription” — to describe the brain’s action of calling up a memory and revising it in response to fresh circumstances. As this can happen many times in a life, a memory might be described as having a kind of geological history, with different stratifications going back through time, “representing the psychic achievement of successive epochs of life.” Freud wrote that he had come to explain psychoneuroses “by supposing that this translation has not taken place in the case of some of the material.” In other words, that our psychological health depends on our ability to constantly revise and refashion memory to allow for growth and change, and the absence of this process — the stagnation of a memory, the brain’s treatment of it as something fixed — leads to pathology. 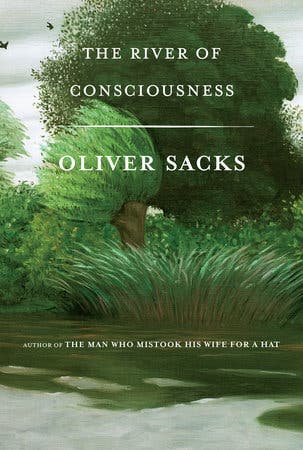 This is an extraordinary insight, one that helped to establish our understanding of the self as flexible rather than static, and our sense of the past as an imaginative reconstruction, ever evolving, both of which make therapy possible. As a neurologist, Sacks deepened our understanding of the dynamic, creative abilities of the brain by uncovering, again and again, the unusual ways the impaired brain may deal with its handicaps, compensating in ingenious ways, or by creating plausible explanations for the nonsensical, thus preserving a form of coherence, however subjective. Taken together, his case studies illustrated how just as homeostasis, the maintenance of constant internal environment, is crucial to all organisms, so is a stable, cogent narrative of reality crucial to the mind and its construction of the self, such that even severely disordered brains will find ways of creating order.
This last point, with its vast implications, affected me powerfully when I read Sacks’s books for the first time while trying to write my first novel 16 years ago. I may have already understood that narrative is a primary human activity, as he points out in an essay in this collection, our way to make sense of the world. But what was revelatory to me as a young writer grappling with the idea of character, with how to describe both humanness and individuality, was the idea that, for the brain, the coherence that narrative forges is paramount to an accurate account of reality.


This idea is treated directly and beautifully in another essay in this collection, “The Fallibility of Memory.” Following the publication of his first autobiography, “Uncle Tungsten,” Sacks came to understand that his memories were not as reliable as he’d thought: After describing in high detail the memory of a thermite bomb that fell behind the family’s house in the winter of 1940-41, he was informed by his brother that he had not in fact been present for it, having been sent away to the relative safety of boarding school. The “memory” had been lifted whole from a letter their older brother wrote to them both, describing the dramatic event in a way that had deeply impressed Sacks at the time. And yet even after accepting the correction, Sacks found that the recollection lost none of its vivid power, having long been embedded as if it were a genuine primary memory. Neither psychoanalysis nor brain imaging can tell the difference between a true and false memory. And more than that, Sacks writes, “There is, it seems, no mechanism in the mind or the brain for ensuring the truth…. We have no direct access to historical truth … no way by which the events of the world can be directly transmitted or recorded in our brains; they are experienced and constructed in a highly subjective way…. Our only truth is narrative truth, the stories we tell each other and ourselves — the stories we continually recategorize and refine.”

Disconcerting as it sounds, Sacks, a genius at identifying the strength that springs from fallibility, locates in this imperfection our human gift for creativity. We may forget the source of what we read or were told, but we can absorb and integrate what others express so vividly that we may come to feel these things originated in ourselves. In an essay called “The Creative Self,” Sacks takes the idea further still, and suggests that a long period of “forgetting,” in which thought and experience become detached from their sources and sift down into the unconscious, is essential to originality. All of us appropriate from others and the culture around us, he writes. “What is at issue is not the fact of ‘borrowing’ or ‘imitating,’ of being ‘derivative,’ being ‘influenced,’ but what one does with what is borrowed or invented or derived; how deeply one assimilates it, takes it into oneself, compounds it with one’s own experiences and thoughts and feelings, places it in relation to oneself, and expresses it in a new way, one’s own.” To fill oneself with the consciousness of others, and then to forget deeply enough, and long enough, that the collective world can be welded to what is unique and original to oneself — this is as precise and moving a definition of creativity as I have come across. On page after page in this collection, drawing on the rich history of ideas he absorbed over a lifetime, Sacks illustrates how it is done.


Nicole Krauss is the author, most recently, of “Forest Dark.”