Dear Mariella / My husband has sex with me, but never says I look nice 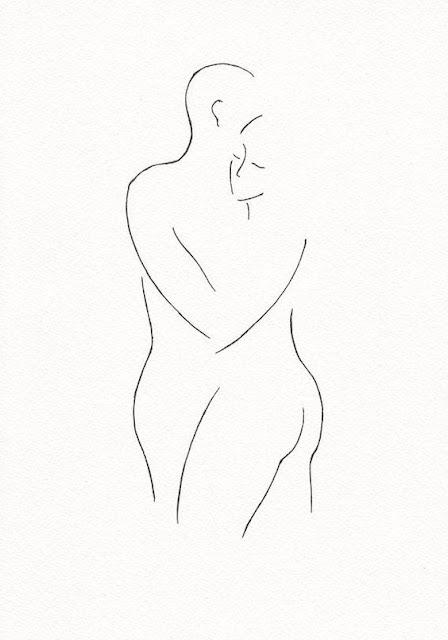 My husband has sex with me, but never says I look nice

A woman whose husband no longer compliments her says it’s getting her down. Mariella Frostrup suggests she initiates change herself

The dilemma My husband and I have been together for just over 10 years, and have a young child. He’s a kind, intelligent person and a loving father and husband. He used to compliment me quite often up until a few years ago, when we began fertility treatment in order to have our child. That was a stressful time and it involved some serious and painful medical issues for me. I also had to face an emergency c-section, which I found traumatic.
My husband and I have regular sex, which he usually instigates and I think in his mind this is all he needs to do to show he is still attracted to me. But I feel less and less like having sex because of this. He never says I look nice or compliments me any more. I’ve told him I would really appreciate it if he would, but it doesn’t sink in.
I was very insecure in my teens and early 20s and it took me a while to be happy with the way I look. I realise there are people with much greater problems, but this is really getting me down.
Mariella replies In the agony business, size really doesn’t matter. Let’s celebrate the good stuff first. You’re happily married with a healthy child you worked particularly hard to conceive. Despite what was clearly a traumatic time for you both, getting pregnant and then again during the delivery of your baby, you’ve succeeded in your goal of becoming parents. Alongside that and even more miraculously, you’re still having regular sex! If we were in the same room together I’d be bursting into spontaneous applause.
I do appreciate that just because the extent of your good fortune is obvious to others it doesn’t make it any easier to appreciate yourself. It’s hard to settle for the seemingly diminishing returns of once-rewarding relationships. Couples who manage to maintain early levels of passion are in a distinct and small minority and, frankly, often a little bit creepy with their theatrical (and downright suspicious) displays of physical desire. I’m sure I’m not the only one who wonders what they’re trying to hide.
For the rest of us, the sort of romantic impulses and displays of physical attraction, the hand-holding and street-corner kissing, the “baby you’re beautiful” sadly metamorphoses into something more workaday. It’s the reason songs like Lady in Red by Chris De Burgh or Eric Clapton’s Wonderful Tonight strike an inexplicable emotional chord despite our better judgment, The compliments and attention that thrive in the first glow of mutual adoration are certainly a loss, but do seem fairly exchanged for other attributes of long-standing union – easy familiarity, comfortable co-existence, the ability to dispense with artifice and be totally yourself.
Verbal affirmation is a tiny element of a much bigger picture and yet, in many cases, it seems it’s the proverbial straw that can break the camel’s back. It’s a minor niggle that can be blown into ludicrous proportions when we adopt a position of intransigence, holding back from precipitating the change we want to see, because we’re convinced it’s up to our partner to do the legwork.
You say your husband generally initiates sex. I wonder how sexy he’s feeling. He’s been through the same challenging process as you and, I daresay, found himself sidelined, like many men, during the earliest stages of being a parent. Yet there he is, as predictable as Big Ben, desiring you as fulsomely as if you’d just walked into his life. If that doesn’t bolster your confidence it certainly should. Instead, on top of affirming his physical attraction for you with his desire to make love, he’s having to contend with your need for further demonstrations of your desirability to him.
It’s hard to banish the insecurities of youth and accept yourself for who you are and I don’t think you should underestimate what an impact turning sex into a chore will have had. Changing the dynamics of a situation is as much about changing your own behaviour as it is about prompting change in others. Whether it’s compliments or kindness, an impromptu gesture or a surprise moment of communion through shared experience or laughter, there are always elements to crave or mourn the passing of.
As you point out, it’s not a unique dilemma you’re facing and the solutions are as obvious as they are hard to live up to. There’s nothing romantic or stimulating about having to work to conceive, and once you are parents it requires further commitment to remember that you are lovers, too. I’m pretty sure that if you could muster the wherewithal to start initiating sex and make your husband feel equally desired, compliments would flow without further prompting. Don’t make the mistake of thinking you’re the only one nostalgic for times past. We all have needs and desires that get overlooked as the decades fly by, and it’s up to each of us to work to maintain what we can’t bear to lose in that equation.
THE GUARDIAN