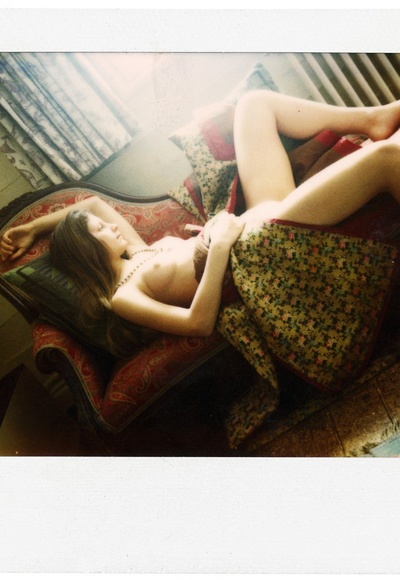 Presented by BENOIT PEVERELLI
All images copyright Harumi Klossowska de Rola
Several years after the death of Balthus, some 2,000 photographic documents were found in his studio at the Grand Chalet in Rossinière, Switzerland. These previously undiscovered documents have been carefully preserved and edited to form a chronological archive catalogued by theme, pose, composition, subject, object, motif, and place, thus creating a coherent corpus that allows a fuller understanding of the painter’s lengthy preparatory process. 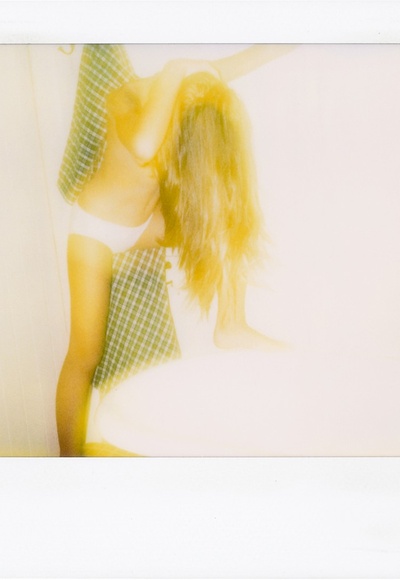 The last studies of Balthus, executed over the final eight years of his life, are the preliminary preparations for his last six paintings, three of which remain unfinished. As old age affected his ability to draw, he resorted to the Polaroid camera as a kind of prosthetic tool — at once hand and pencil — to access once more the mysterious sketching ritual that allowed him to discover and gradually create the fundamental idea from which the pictorial image emerges. These photographs are thus part of a minutely precise practice, as well as of Balthus’s persistent quest for beauty. 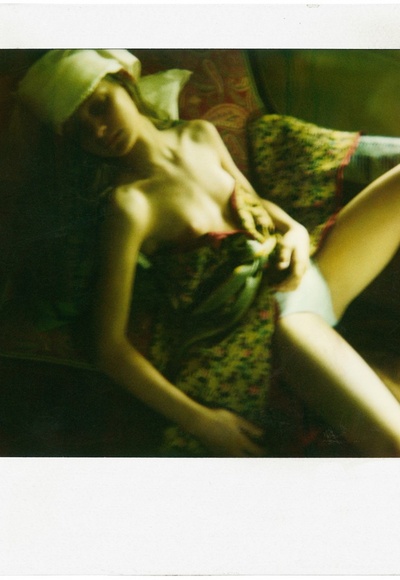 In his drawings, he would tirelessly repeat the same movement by making sketches and studies of the same composition over and over, sometimes for years. In this long struggle between self and gesture, he sought to reach a state of grace. His wife, Setsuko Klossowska de Rola, revealed more about the connection between his painting and the Polaroids: “In Balthus’s last years, during the Polaroid period, I had the feeling that he sought less to finish a painting than to explore the possibilities of a variety of poses. He wanted to see, to try this or that, as if in quest of an ideal image that he had dreamed of all his life… To me, these photographs are the very last drawings of Balthus.” 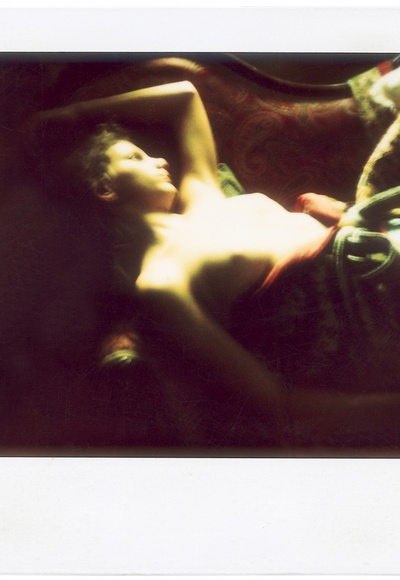 In the process of painting, he juxtaposed substrata and glazes in a constant invention and reinvention of his craft, his subject, and its vibration through the different layers. Observing Balthus in his Rome studio, Federico Fellini wrote of how he “painted through suppressing and not by adding.” Balthus himself often said that his paintings were his prayers. Perhaps what is revealed here are some of the secret mantras and the successive veils that lie at the very heart of these incantations.
PURPLE DIARY