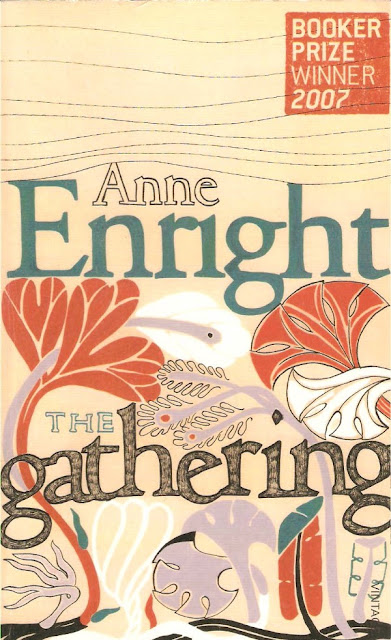 This novel ticked most of the Irish cliches on my list ... yet it is nuanced, hilarious, and not to be underestimated.


Ireland, it is widely and rightly acknowledged, punches far above its weightwhen it comes to literary output. No lover of books can look on the island with anything other than affection and gratitude for the way its native sons and daughters have enriched and transformed the written word. All the same, there is one sub-genre of uniquely Irish literature that I could happily do without: the Catholic childhood misery memoir.
Sure I found Angela's Ashes touching, but as soon as Frank McCourt's brother got in on the act, not to mention all the subsequent McAuthors eager to sell their history to the kind of Americans who like to think they have Celtic blood, I found I'd had more than enough of big families, bad parents, worse nuns and dipsomaniac uncles with the gift of the gab ...
... All of which is a long way of explaining why I approached Anne Enright's story of a big Dublin family and its murky past with considerable cynicism. No matter that The Gathering is a work of fiction and that Enright has a reputation as one of the most talented writers in Ireland today. I still expected to have heard it all before.
So great was my prejudice, and so bad my mood after three hours of housework drudgery when I came to the book late on Friday night, that as a spiteful little experiment I gathered up my big bag of Irish-childhood cliches and wrote down the first ones that popped out. As I read through I marked down where they initially occur in the book.

Drunken father, who veers between maudlin sentimentality and maudlin violence. (Doesn't appear) Humorous uncle - also drunk, but good for the craic and a great source of slightly ribald jokes. (Doesn't appear, but there is a brother Liam who neatly fits this description) Harried mother, living harried life in an old-fashioned kitchen. (Page 3) Too many children. (Page 7) One of these children is sexually abused. (Page 143) One of these children dies too young. (Page 8 ... More turn out to have died on page 10) A grandparent, close to death. (Page 17) A frightening, violent priest. (Page 50) A schoolteacher given over to corporal punishment. (Doesn't appear) A schoolteacher who instils a love of books in the author. (Doesn't appear) Rain. (Page 26) Brown tea. (Page 4) More rain. (Page 60) More tea. (Page 7)

So, by page 50 nearly two-thirds of my predictions had been proved correct. At that stage, however, I wasn't feeling vindicated, so much as ridiculous. Yes, plenty of the book exists on the wrong side of cliche, but my list was unfair. First, because you can't seriously write a book about Ireland and not mention tea. Second, because Enright is perfectly aware that stories of big Irish families always follow the same pattern and is not afraid to make a virtue of this fact: "There is always a drunk. There is always someone who has been interfered with, as a child," her narrator tells us with simple clarity. Third, I'd underestimated Enright - and then some. The Gathering is far more than a story of childhood dolours and the glamourised poverty of olde Ireland. 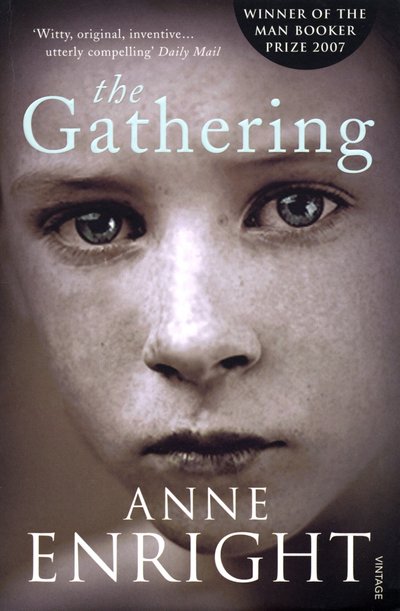 The majority of the book - or the majority of the thinking in the book - actually takes place in the present, as Veronica Hegarty struggles to come to terms with the fact that her brother Liam has filled his pockets with stones and walked out to his death in the sea. The event shocks her into reminiscence about the past - and even into inventing colourful scenarios about her relatives when she does not know what actually happened to them. It also leads her to a frank assessment of her current life. Instead of maudlin sentimentality, there is a nuanced explanation of the way the past affects the present. Similarly, the exploration of childhood is accompanied by smart insight into what it means to be a wife and mother - and how such a woman is to fit into a new, economically dynamic Ireland, very different from the Guinness-stained sepia of the misery memoir.
The words come packed into short, robust sentences full of allusion and imagery. Sometimes, they don't work quite as Enright might wish. At one point we are told, for instance, that sunlight is "sexual". Unless I'm really missing something, that's a pretty daft thing to say. More often, however, the writing is effective. Veronica says of her parents' capacity to rut and produce offspring: "They were helpless to it, and bred as naturally as they might shit." Or, how's this for an aphorism: "A drinker does not exist. Whatever they say, it is just the drink talking"?
But the thing that most won me over was that even though The Gathering is a serious book (as AL Kennedy eloquently put it, "a genuine attempt to stare down both love and death") it can be absolutely hilarious. And not "look-at-my-drunken-uncle-funny", either. Enright's wit is dry, sardonic, sometimes even cruel - and all the better as a result.
"Are they good children?" Veronica asks of her own offspring. "In the main. Though Emily is a bit of a cat and cats, I always think, only jump into your lap to check if you are cold enough, yet, to eat." Who couldn't like a book with such observations?
Eventually, I found the conclusion disappointing. I was unconvinced by the insistence that childhood events inescapably determine our adult present, and wondered if Veronica's intentions for the future weren't something of a cop out.
But the book is still a credit to this year's longlist.
THE GUARDIAN