The Adoration or Perversity of Childhood in Balthus’s Paintings 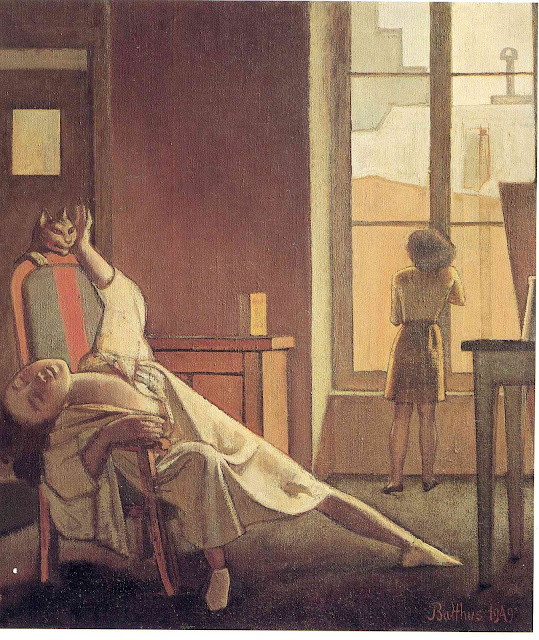 The Adoration or Perversity
of Childhood in Balthus’s Paintings

Before the concept of Childhood began to take shape during the sixteenth and seventeenth centuries, the concept of the Child had many symbolic connotations in the popular imagery through the history of art. In a general context, the child symbolizes the new beginning, as for example the New Year, or innocence, naivety and a precious gift. The symbolic meaning of child differed from one culture to the next. In Roman mythology the most famous child besides the traditional founders of Rome, Romulus and Remus, was Cupid, the son and inseparable companion of the Goddess of love, Venus. In Christian iconography, especially in the Renaissance and Baroque periods, children were depicted mostly as flying putto,[1] besides the omnipresent child Jesus. In many other mythologies and rituals of the Near East, Mediterranean, Pre-Columbian, or India and China, the child was an object of offerings generated by barbarian beliefs. Only with the social evolution of societies, especially through the sixteenth to the nineteenth centuries, the importance of elaborated attitude towards the children evolved to the rational social level.

Posted by Ficciones at Thursday, September 06, 2018