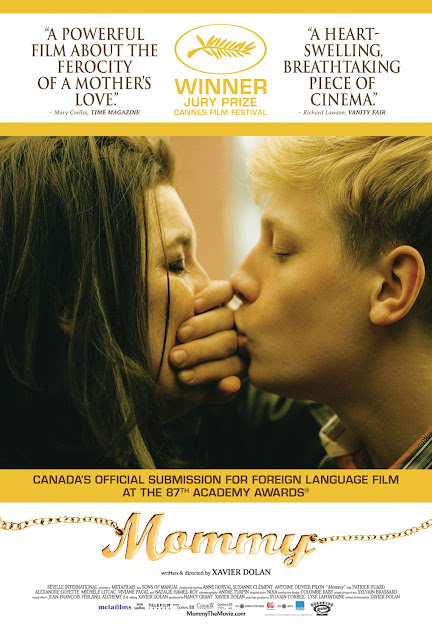 
Mommy review – outrageous and brilliant, a daytime soap from hell

Directing prodigy Xavier Dolan has made his best film yet, a shocking, wildly inventive black comedy about a single mother bringing up a troubled teenager
Peter Bradshaw
Thursday 19 March 2015 16.00 GMT

M
ommy by Xavier Dolan is the fifth feature film from the 26-year-old Quebec-born director. That fact alone makes a fair impact. But the film itself is a blast of high-voltage craziness and unrepentant bad taste, chock-full of white trash and black comedy; it’s a Taser-shock of melodrama, a death-metal chord of tearful uproar. It’s outrageous – and brilliant: the daytime soap from hell. Dolan just lets rip with an unstoppable movie riff, and makes everything else around look negligible and passionless. This is the second time I’ve seen Mommy since last year’s Cannes: the first time it blew me away. Now it’s further away. Mommy is a tremendously acted, heartfelt, formally inventive movie. It is without the studenty and supercilious air of Dolan’s previous, rather insufferable films, such as Laurence Anyways (2012) and Heartbeats (2010). Now there’s more substance, more guts, more power – it’s a realer and truer film, and it’s funny. The theme of mothers and sons returns this director to the motif of his first film, I Killed My Mother (2009). But now it’s the mother who feels like doing the killing.
I’ve seen TV drama and comedy from Britain, Australia and the US doing neighbours-from-hell satire, but really nothing like this. Anne Dorval plays Diane, or “Die”, the cash-strapped fortysomething single mother whose great trial is her tearaway teen son Steve – an excellent performance from Antoine-Olivier Pilon. He has just been thrown out of a special school for setting fire to the cafeteria and causing burn injuries to a fellow student. Now Die claims to be able to look after and even home-school Steve until he turns 16 and is eligible for the (grim) option of state-sponsored residential care. (The legality of this is a fictional invention.) 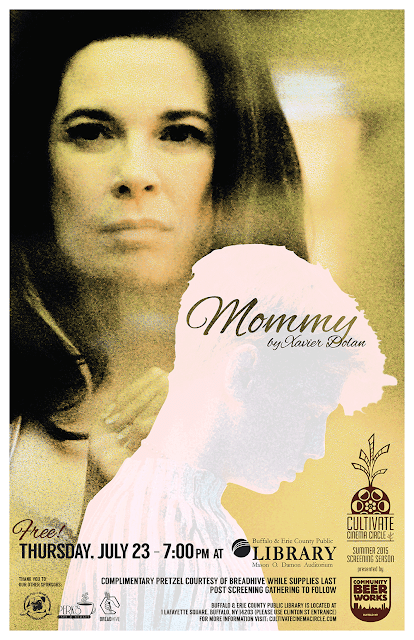 Steve is hyperactive, loud, abusive, with ADHD and serious boundary issues. His mother is not all that different. And as soon as Steve is released into Die’s care, the fireworks commence and it all kicks off. Yet a kind of miracle happens: mother and son unexpectedly make friends with their next-door neighbour Kyla (Suzanne Clément), a teacher who suffered a nervous breakdown two years before – the chief symptom of which is stammering. She offers to tutor Steve and somehow calms him, forms a relationship with Die and finds her stammer is itself being healed.
One of the strangest things about this is the aspect ratio: the shape of the screen. It is in the “portrait” style of a selfie taken on an upright mobile phone, and, to underscore the point, Dolan shows Steve at one moment taking just such a picture of the three of them. The screen shows their restricted horizons and reflects the drama’s compressed emotional power: a painful squeezing. There’s a faint hint of straitjacket in that shape, a resemblance that will make more sense later. The screen widens out at happier moments, yet both times I’ve watched this film I haven’t noticed it happening until afterwards.
Dorval and Pilon do have a very funny comedy double act and I laughed out loud at their brutal, emotional screaming matches, which degenerate into an ambiguously violent embrace of resentful reconciliation. Some of the people round me in the auditorium were laughing; some were shocked and bemused – all entirely legitimate responses.

Pilon’s face is extraordinary. In a flash, he’s a gurning blond gargoyle; in another flash, he’s superbly, cherubically handsome; and, in another flash, he’s a baby or a chimp. Die has a modified rock-chick dress sense unchanged from her 20s: she’s a looker, but senses that nowadays people could be looking for the wrong reasons, and it’s dawning on her that the badass routine works only when people fancy you. She is struggling to find work, and money is now an overwhelming worry. Her relationship with Kyla is heartbreaking. As the bond with Steve becomes more difficult and tenuous and she begins to imagine a future without him, her friendship with the woman over the road is more important and their final dialogue is agonising to watch.

This movie could have been released last Friday – in the run up to Mother’s Day. Although given its explosive and nerve-jangling subject matter, perhaps it’s as well it came out a week later. Mommy is seriously, yet hilariously out of control.