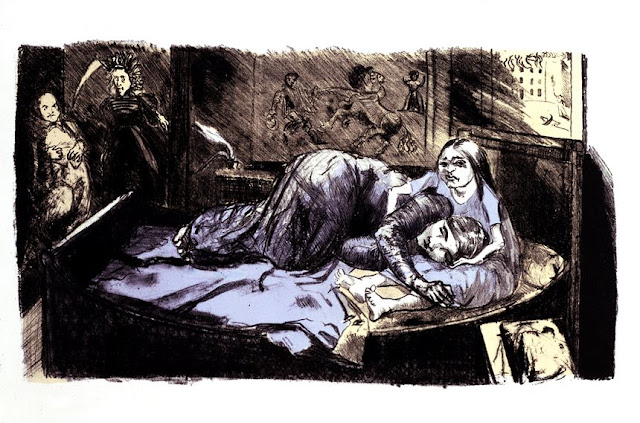 Like many people, I first read Jane Eyre in my early teens, in the first flush of excitement at swapping my children’s library card for an adult one. The back cover promised a thrilling love story between a poor, plain girl and a brooding, troubled landowner. Later that night, I found myself wrong-footed. What, I wondered, was this neglect and abuse of an orphan child? Whose was this frank, unwavering voice? By the time Jane was locked by her heartless aunt into the terrifying red room, I had forgotten all about the promised love story. I pressed on, late into the night, straight into Lowood and the deprivations at the hands of religious fanatics.
I had, in short, never read anything like it. The shock and thrill of discovering this book, aged 13, continues to run in my veins. I read it without a single preconception; I knew nothing about it. I was as unprepared as those first Victorian readers for Rochester, for the fire, for the stalled marriage, for the lunatic locked away in the attic.
If Jane Eyre taught me anything as an astonished 13-year-old, it was to strive, to push my reach beyond my grasp, not to settle for compromise. When we studied the book at university, Brontë’s words were filtered for me through various frameworks of academic theory. Jane Eyre is a feminist novel, I was told. Or it is the link between the epistolary and the gothic novel. It is the precursor to all stream-of-consciousness writing. It is a psychological tract about doubles and doppelgangers, addressing levels of human consciousness. It is all these things and yet none of them. One of the reasons Jane Eyre continues to provoke so much discussion and theorising is that, like Jane herself, it eludes definition. It does one thing with its right hand while doing quite another with its left.
Thirty years on, I still haven’t read anything like it. Jane Eyre remains the book I return to the most. I read it every couple of years. Parts I know off by heart, yet each time I come away with something different. It is my datum, my pole star, the novel by which all others shall be measured.