Ridley Scott’s latest addition to the sci-fi horror franchise looks dazzling but are his iconic space monsters as scary this time around?
Matthew Norman
Friday 12 May 2017

In the confined space of the Odeon Leicester Square, everyone can hear you scream. But only if you scream.
At the world premiere of Alien: Covenant, no one screamed. No one so much as gasped. And no one was at risk of yielding sphincter control. 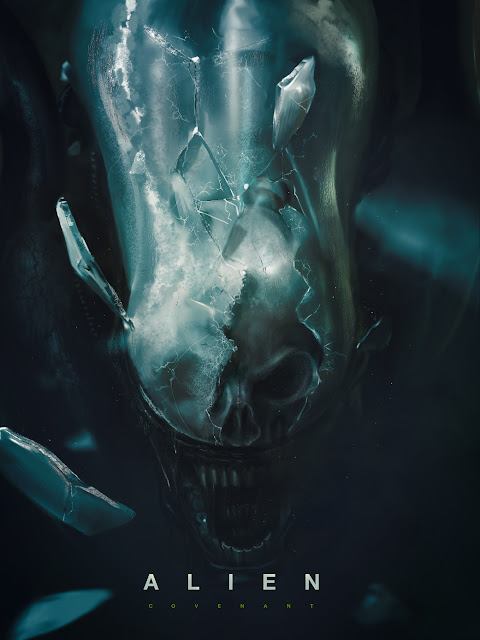 One wouldn’t ordinarily mention that latter point on obvious gross-out grounds but, if you’ll allow me the playground defence, Ridley Scott started it. The  79-year-old director stated his intent as being “to scare the s*** out of people”.

Possibly influenced by the poor reception for 2012’s wickedly underrated Prometheus, Scott meant to go back to the future. He wanted to recreate the dread which established the original 1979 Alien as an all-time classic in the genre of horror as well as sci-fi. 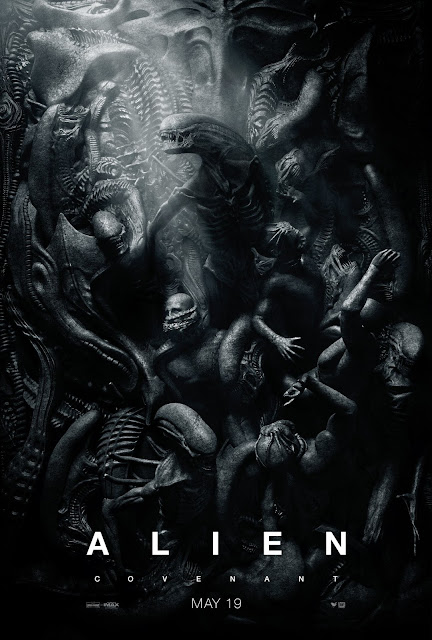 But how on earth, or off Earth, can you revive extreme terror of the xenomorph when the punters have been exposed to its face-hugging, chest-bursting delights in multiple films over the decades?
You can’t. The shock value of even the scariest monster has the half-life of the wimpiest radioactive isotope. As with the Daleks, familiarity breeds “meh”. 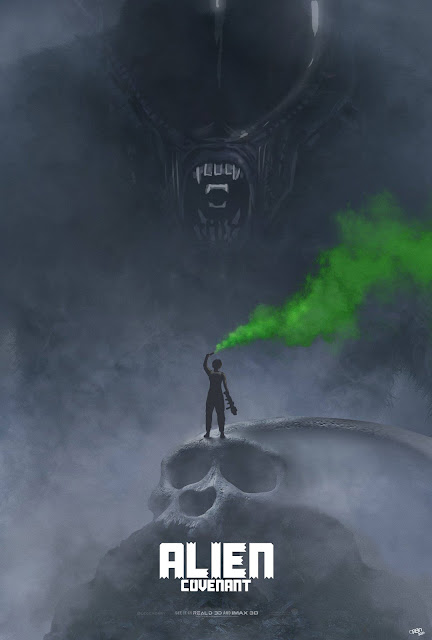 At some point during the production, or in the editing suite, Scott appears to have reached the same conclusion, judging by how long he delays the xenomorphic hijinks and their compression into a brief segment of the film. It’s about an hour before the first little acid-bleeder bursts through a human frame (a spine rather than the traditional ribcage).
The film opens eerily with a flashback to billionaire Peter Weyland (Guy Pearce) discoursing with his android butler David (Michael Fassbender) in a room lit a heavenly white and adorned with the Michelangelo statue from which we learn the pretentious “synthetic” took his name.
“If you created me, who created you?” asks David.
“The oldest question,” replies Weyland, “one I hope we will answer one day.” 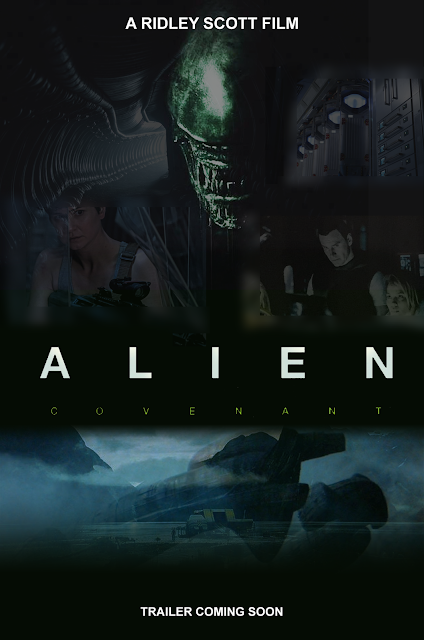 It was in search of that answer that Noomi Rapace’s Dr Elizabeth Shaw travelled light years in Prometheus to find the “Engineers”, the eight-foot-tall humanoids she believed created humankind. She found them, if not the full story, at a price. Apart from David’s severed head, she was the sole survivor.
In 2104, 10 years after the events of Prometheus and 17 before Alien, the colony ship Covenant is taking 2,000 people and 1,100 embryos to a planet to be made habitable by terraforming. When a solar shockwave damages the ship, Walter (a later model and doppelgänger of David, also played by Fassbender) wakes the crew from the cryogenic stasis.
Pilot Tennessee (Danny McBride) wears a cowboy hat and swigs Jack Daniel’s from the bottle. Overpromoted to captain after the incumbent’s demise, Oram (Billy Crudup) is religious. Katherine Waterston gives it her pluckiest shot as terraforming expert Daniels, but despite being tall and coping bravely with bereavement and beasties, she’s not a patch on Sigourney Weaver as the talented Ms Ripley. 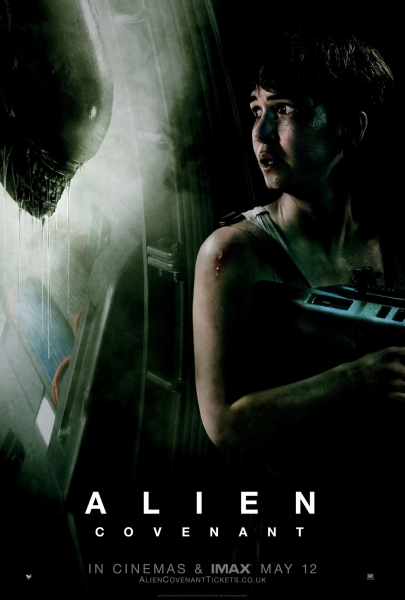 Among the film’s charms, along with the dazzling cinematography, is its many references. After early nods to Wagner’s Ring Cycle and Shelley’s Ozymandias point portentously towards the downfall of the mighty, two more recent cultural giants get shout-outs. The dead captain’s name is Branson, presumably in a droll warning to a certain tycoon about the perils of space travel. And the signal sent by David to divert the Covenant to the planet where his head ended up after Prometheus comes in the form of John Denver’s Country Roads, Take Me Home.
The planet, which resembles New Zealand more than the West Virginia of the song, isn’t the benign paradise the crew imagine. In accordance with the Imbecile Code governing such expeditions, they wander about without helmets or a care. But this is no Eden — and wouldn’t you Adam and Eve it, the xenomorphs have a more elegant reproductive method than hugging the face. Spores which form when plant life is disturbed enter the victim painlessly through the nostrils. 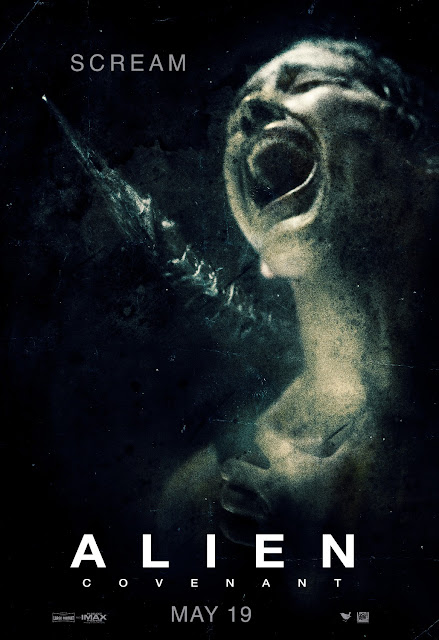 Yet even the ensuing mayhem as the monsters hunt down the crew feels like preamble. Although Scott includes a bloody shower scene in homage to Psycho, his inability to reproduce the Hitchcockian horror of Alien leads him belatedly to make the moral and practical issues raised by advanced AI life forms — a theme of his stretching back to Alien and Blade Runner — the movie’s core.
All else is shrunk into insignificance by the struggle bet 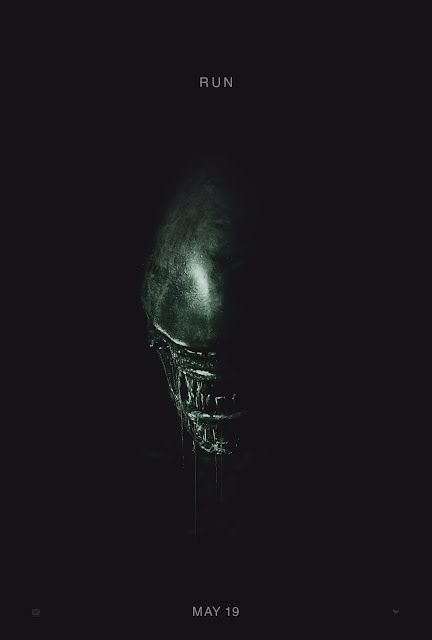 ween the poetic David, whose head has mysteriously re-acquired a body (how on such a planet? HOWWWW?), and the prosaic Walter.

Fassbender is great as Walter, subtly straddling the borderline between human and android to make the synthetic seem real. As David, he is comically dreadful, ruining his ingratiating menace by giving him the hammy brogue of the Spitting Image Laurence Olivier.
This bizarre contrast in the quality of Fassbender’s work mirrors the unevenness elsewhere. The opening and closing scenes are impressive. What comes in between, though always watchable, is not.

In attempting to play off nostalgia — Alien’s stomach-churning suspense, the electrifying action of Aliens, and the religious gravitas of Prometheus — Scott takes on more than one film could handle, and misses all three.
Its other failings would be easily forgiven if Covenant realised its main ambition. But however difficult terraforming a new and unfamiliar xenomorph-infested planet might be, terror-forming with an overfamiliar old enemy is simply impossible.
EVENING STANDARD