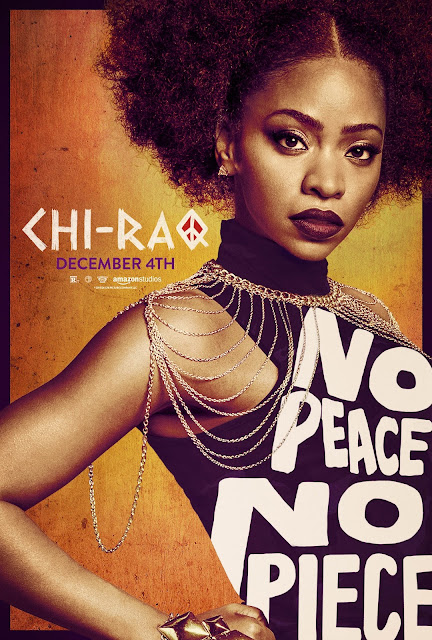 The film-maker is back at the top of his game with this incendiary look at life in a gang-ravaged Chicago, featuring a break-out performance from Teyonah Parris – and giving Amazon Studios a terrific debut

Don’t come to Chi-Raq looking for a carefully articulated, plot-driven exposé into America’s gang and gun cultures. Oh, a message gets out, but this a Spike Lee joint and, as his mid-career has shown, he’s shrugged off the cloak of the “prestige film-maker” and fully embraced the more risky title of Artist. Recent projects Red Hook Summer and Da Sweet Blood of Jesus have been near-misses; “stylish” and “interesting”. With Chi-Raq, his big, go-for-broke swing finally fully connects with the ball and knocks it out of the park. While formally quite different from his more universally-respected early work, Chi-Raq has the exuberance and wit you’ll find in Do The Right Thing and Crooklyn. It’s the best film he’s made in a very long time.

It’s also working from a tried-and-true source: Aristophanes’ Lysistrata, the bawdy Greek classic in which women from warring sides refuse their husbands sex in pursuit of an armistice. Or, as it’s chanted in this version: “No Peace, No Pussy.” Chi-Raq’s urgent J’accuse at gun and gangster culture bleeds with sorrow and boils with rage, but is also lit with solutions, if only people would wake the hell up and listen. But of equal excitement to the urgency of its message is its function as a debut for a major new superstar, Teyonah Parris, a subversive mix of Hollywood bombshell and self-assured feminist; bold, intelligent, sensual and a million miles from her previously best-known role as Dawn, the secretary from the later seasons of Mad Men.

Chi-Raq begins with a devastating overture, Nick Cannon’s Pray 4 My City, with the lyrics printed directly at the screen, impossible to ignore. “I don’t live in Chicago, I live in Chi-Raq,” it concludes, using the controversial nickname given to the city where gun deaths outnumber those in America’s foreign wars. Our sharp-dressed narrator Dolmedes (Samuel L Jackson, licking his chops at this role) explains that communities under siege aren’t a new phenomenon, and explains how previous authors wrote about such tales in rhyme. 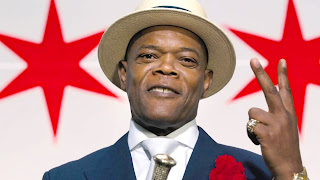 Thus begins a mix of urban patois and iambic pentameter that, when in the hands of gifted performers such as Jackson, Nick Cannon, Wesley Snipes – and in cameos from Isiah Whitlock Jr and Dave Chappelle – is absolute dynamite. Were I to start quoting quips we’d be here all day. 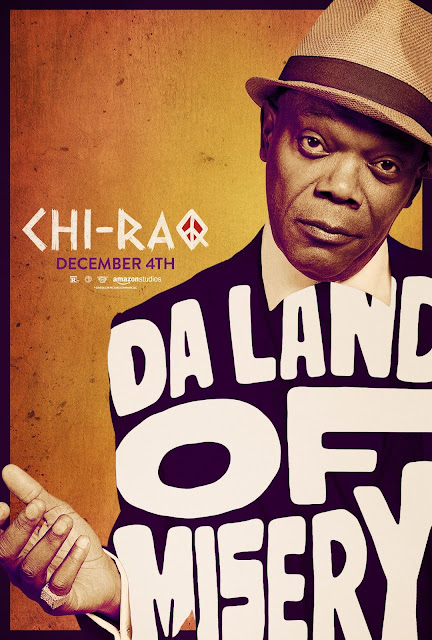 Cannon plays a rapper who took the name Chi-Raq, but is also the head of one of the Spartans, as well as our hero Lysistrata’s boyfriend. His gang is in constant conflict with the Trojans, led by Cyclops (Wesley Snipes with a ruby-encrusted eyepatch). A night of fighting leaves a young girl dead from a stray bullet and Lysistrata’s house burned down. As the girl’s mother (Jennifer Hudson) grieves, Lysistrata spends the night with Miss Evans (Angela Bassett), a bookish intellectual who inspires Lysistrata to devise her unique plan to end the fighting. 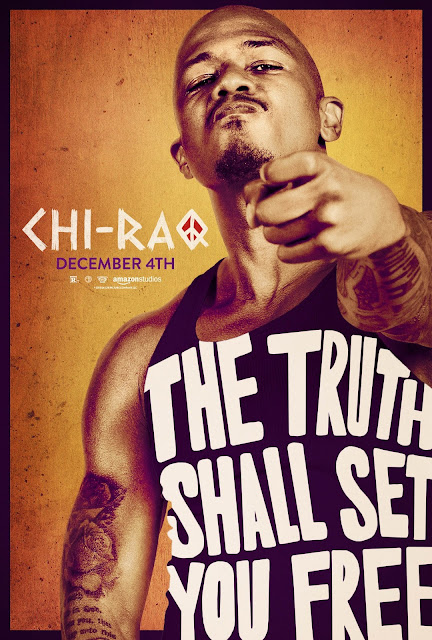 The principal story consists of a number of strange, theatrical sequences. Ever since Sweet Dick Willie and his Greek Chorus sat on the corner during Do the Right Thing, Spike Lee has had operatic tendencies. With Chi-Raq he’s sprung loose, coming close to breaking the narrative for amusing skits and musical numbers. Some are just goofy, like sexed-up Parris in a form-fitting camouflage dress seducing a creaky, Civil War-obsessed general. Others, like a marvellously erotic dance routine to the Chi-Lites (which the surrounding menfolk dub Operation: Hot & Bothered) show that few have a mastery of cutting to music quite like Spike Lee when he’s on his game. 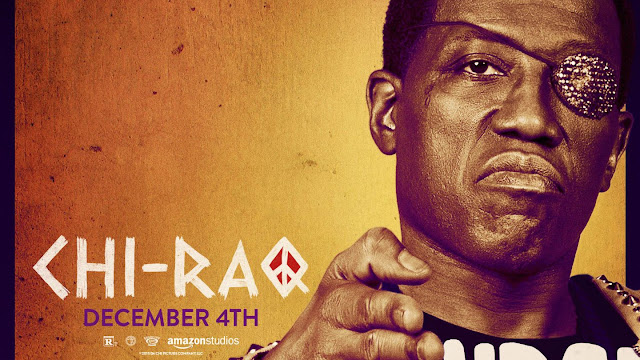 The less randy storyline involves Hudson’s grief and anger toward a community terrified of “snitching” on gang violence. In an unusual bit of casting that cries out for future think pieces, John Cusack plays the local preacher, who does a good job of running down typical left-liberal talking points in an engaging manner during the young girl’s funeral. For almost the entirety of the film, Cusack’s whiteness goes unmentioned. He describes the community’s struggles as “our” struggles, and the structural barriers put in place by government, corporations and the police represent “them”.
Is Chi-Raq preachy? Absolutely. But it is never boring. It is earnest and heartfelt and, at times, funny and very, very, very sexy. Don’t be misled: this movie is dripping in style. Even the talky bits are draped in Terrance Blanchard’s music, and those who aren’t accustomed to unique, adventuresome film-making are likely to make a sour face. 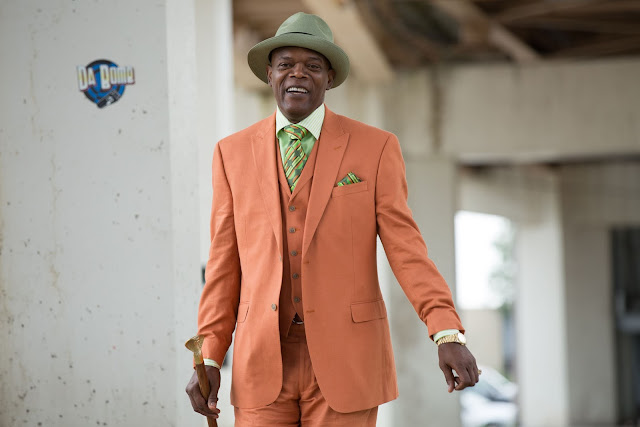 Chicagoans are already up in arms about the title. Some in the African-American community may get offended by its focus on black-on-black crime. The usual Blue Lives Matter squad may suggest it is unfair to the cops. Gay people may not like the jokes about the “down-low”, while others won’t appreciate repeated references to bitches and hos. This is ever as it should be with a big, important work. “This is an emergency!” is the first line of the movie, and it is repeated in a later chant. When the violence in the black community, both from within and from above, is this rampant, worrying about being offensive is a luxury you can’t have.
THE GUARDIAN