Daphne du Maurier / Jamaica Inn: No place for a girl 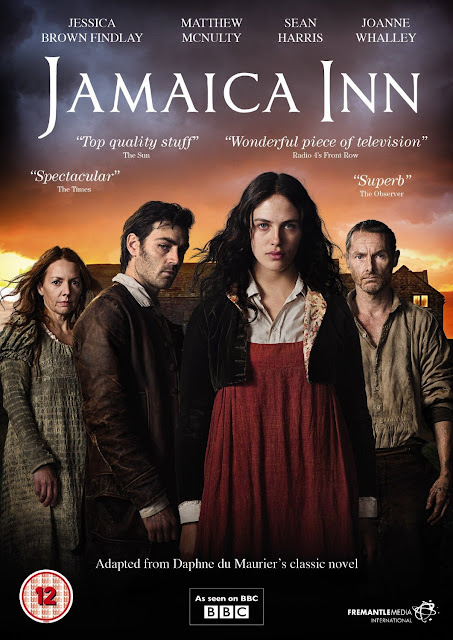 Jamaica Inn: No place for a girl


Ahead of a new TV adaptation this Easter weekend, Julie Myerson revisits Daphne du Maurier's classic tale of Cornish smugglers, and discovers a much darker novel than she remembers reading as a teenager

I
was 14 when I first stumbled upon them – pleasingly fat, bright yellow, cellophane-covered Gollancz hardbacks, which I carried home from Nottingham library. The pictureless covers with thick, red-and-black letteringwere unapologetically, seductively adult. Rebecca. Frenchman's Creek. Mary Anne. The Parasites. Even the titles were sternly bereft of frills. These books meant business – and oh, the joy of discovering that your new favourite author had written not just two or three novels, but many.

I read them all at 14 and then re-read most of them as an adult. Jamaica Inn was one of the few I'd not yet got around to, but the ghastliness of certain details had stuck. Who could forget that godforsaken tavern in the middle of the moors with its battered signboard swinging and groaning in the wind like a dead man on a gibbet? Or the ruthless wreckers, waiting on the shore to lure ships to their rocky doom? 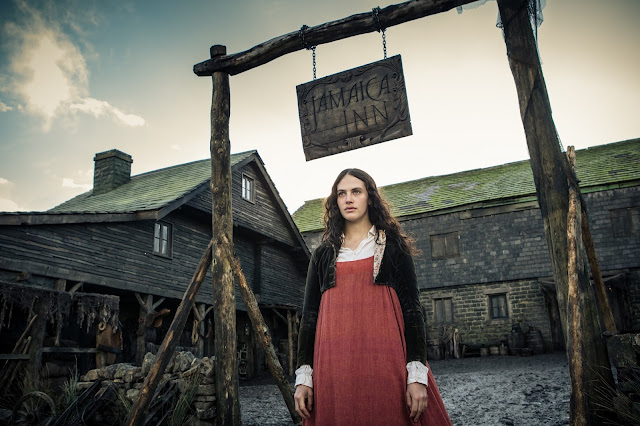 More than anything, though, I remembered the sickening twist towards the end of the book – the cold‑sweat moment when you realise that, just like Mary, you've been so busy fighting off the visible baddies that you've let yourself be blind to the real evil, the most dangerous force of all, which has been waiting there quietly all along.
The story begins in the old-fashioned way. Mary Yellan, 23, having nursed her widowed mother through a final illness, is rattling across the moors on a foul Cornish night, on her way to a new life with her Aunt Patience and Uncle Joss at Jamaica Inn. "That's no place for a girl," the coach driver tells her when he hears where she's headed, insisting she must surely have made some mistake. 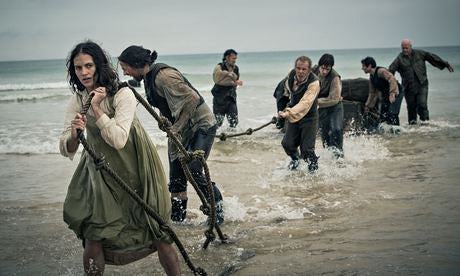 "Mistake" turns out to be an understatement. Arriving at the isolated, menacing house on the moors, Mary discovers her aunt to be a pale and battered shadow of her former self, living in terror of her seven-foot, wolf-like husband, and his violent rages and drinking binges. Joss greets Mary by telling her that if she values her own life, she will turn a blind eye to the mysterious wagons that come and go in the dead of night.
Though initially appalled, Mary assumes that Joss and the violent, drunken men who frequent Jamaica Inn after dark are merely smugglers. But in truth, the belligerent, wife-battering Joss is a cowardly man, haunted by guilty nightmares, especially when in his cups. When, during one of his prolonged drinking bouts, he insists on making Mary listen to a catalogue of his crimes, she discovers that the truth is far more terrifying than anything she could have imagined.
Back in 1974, I'm sure I read this novel as an adventure yarn, a tale of smugglers, wreckers and the perilous exploits of a bold, shawl-wrapped heroine on a vast and desolate landscape. And it is, of course, all of those things. But the book I just re‑read is also something else much larger and darker: a disturbingly timeless evocation of domestic abuse, binge-drinking, criminality and the mass killing of men, women and children. Most startlingly of all, it sets out to explore evil in its purest and most chilling form. 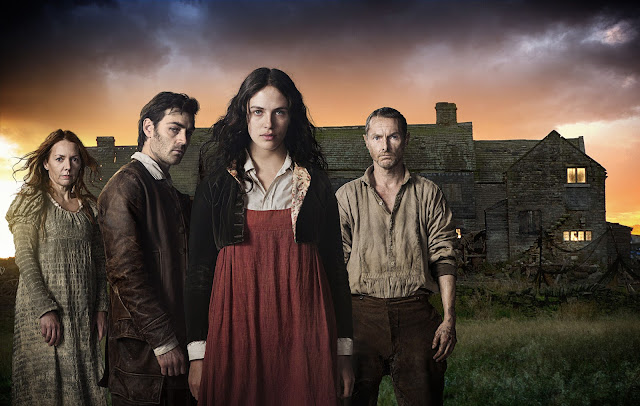 What is certain is that Jamaica Inn is no swashbuckling romance. This is a novel seething with anger at the male capacity for stupidity, greed and violence, especially against women. Joss tells Mary how he took a stone and "smashed in" the face of a woman who was holding her child and begging for his assistance, and then "watched them drown in four feet of water".
Meanwhile, Daphne du Maurier leaves us in no doubt that Patience's weary, trembling pallor is the result of frequent beatings. Indeed, Mary herself is told she has only escaped gang rape by Joss's drunken cohorts because she is his niece, "but if you hadn't had that honour – by God, there wouldn't be much left of you now!" Though her uncle also reminds her that "I could have had you your first week at Jamaica Inn, if I'd wanted you. You're a woman after all. Yes, by heaven, and you'd be lying at my feet now, like your Aunt Patience." 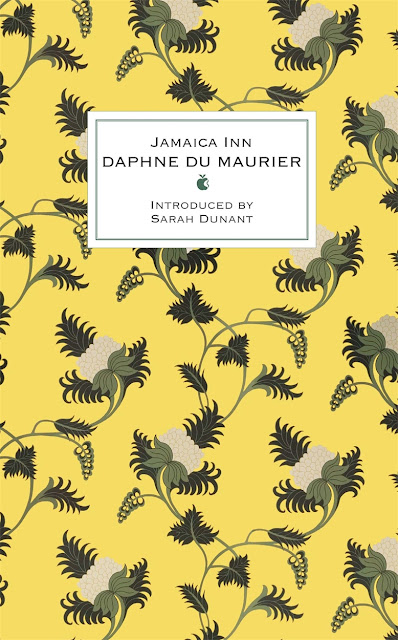 And yet, like so many bullying alcoholics, Joss is weak. Again and again, he blames others for his actions. "Why did you let me drink?" he whines after one of his worst binges. "Why didn't you break every blasted bottle in the house and turn the key on me and let me lie?" And then "It's drink that's been against me," he confides in Mary, "drink and my hot blood." Yes, you can almost hear her thinking, it's always something, isn't it?

Which brings us to Mary. What a fantastic creation – what a superbly astute, ass-kicking heroine Mary Yellan is. It's Mary we turn the pages for, Mary who keeps our hearts in our mouths as we crouch in the dark kitchen or the passageway or out on the rain-lashed tor. If you consider what Du Maurier decides to throw into this extraordinarily tough, hard-fisted piece of fiction, it's unsurprising that she must create a protagonist of towering strength to handle it all. And within minutes of arriving at the inn, Mary is squaring up to Joss, telling him that she'll turn a blind eye to everything but "if you hurt my Aunt Patience in any way, I tell you this – I'll leave Jamaica Inn straight away and … have the law on you; and then try and break me if you like." 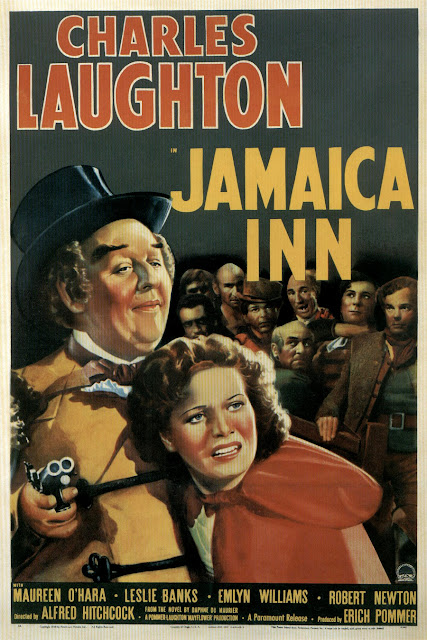 Mary is frequently told that she is like a boy – by Joss and also by Jem, his younger brother, to whom she finds herself powerfully attracted. It's no secret that Du Maurier – a strong and boyish woman herself – was fascinated, as well as deeply frustrated, by the physical and emotional differences between the sexes. And it can be no accident that the most properly courageous individual in this book is a woman barely out of her teens, a woman who only remains at Jamaica Inn because she cannot bear to leave her aunt unprotected.
Again and again, Mary not only stands up to her uncle, but also takes decisions that are courageous, even perhaps reckless, in order to protect others. When, completely against orders, she creeps downstairs at night to find out what Joss and his men are up to, it's not that she's not afraid – she's petrified – but her sense of moral outrage has outgrown her fear. 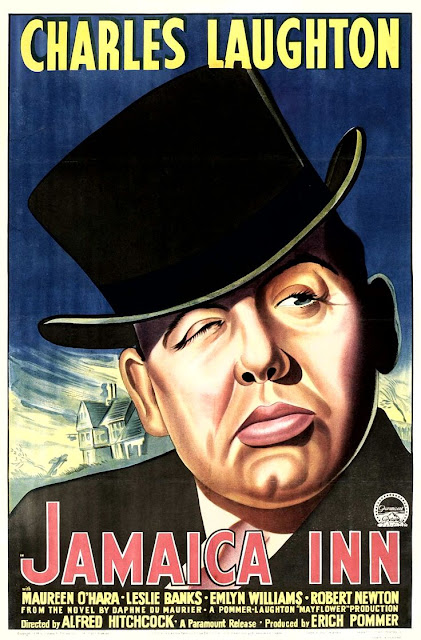 As well as bravery, Mary's dignity and self-esteem are striking – and you can't help but sense Joss himself picking up on this, knowing full well that it offers her a kind of angelic protection against his threatened molestations. Mary may be "a woman after all", but he knows perfectly well that nothing in his armoury is likely to leave her lying at his feet like her Aunt Patience.

Mary is physically as well as mentally strong, frequently walking miles in the dark across the sodden moors in the manner of all good Du Maurier heroines. She is never self-pitying, but a natural and fearless campaigner for justice, capable of deeming a situation "damnable" and swearing aloud to herself when need arises. In fact, Mary Yellan has only one, very nearly fatal flaw: dismally poor judgment when it comes to deciding who to trust. 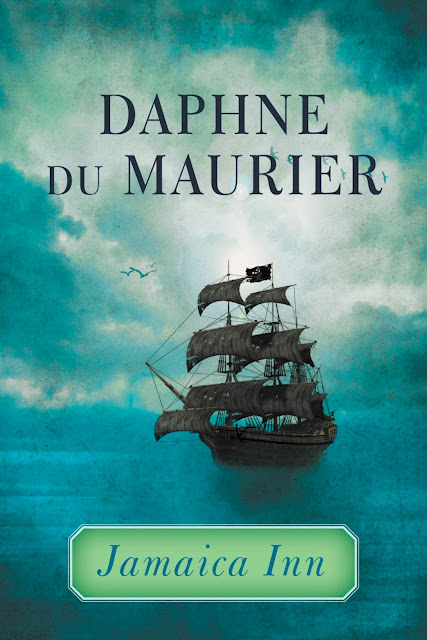 Powerfully drawn to Jem – same looks, same beautiful hands, same rough, bad-boy charisma as his older sibling – she decides he must be complicit in the family criminality. Chastising herself for letting him kiss her (and especially for enjoying it), she finds her longing for him to be "a thing of torment". At 23, Mary has already decided that romantic love is a nonsense, having seen how the girls in her village are reduced to drudging, child-bearing ghosts of themselves almost before the wedding bells have finished ringing.
And yet. Mary and Jem make each other laugh. Against her (apparently) better judgment, she is drawn to him. He seems to understand her. And, though his instinct is to protect her, he also knows he cannot rein in her reckless energy, and therefore doesn't try – a wise move. If only Mary was able to do likewise and abandon her prejudices about him, she might not spend the final stretch of the novel striding straight into the jaws of her final and most terrifying opponent. 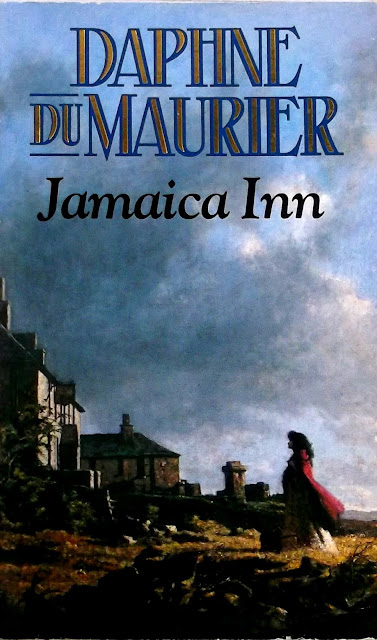 For, ultimately, Jamaica Inn is a novel about nothing less than pure evil. Not the lumpen, drunken, thuggish evil that men like Joss can effect, but something much worse – a force that Du Maurier only begins to put into words, with an eerie and shocking kind of power, in the novel's astonishing final act. When Mary finally meets her real oppressor, he accuses her of having gained her knowledge of the world from "old books … where the bad man wears a tail beneath his cloak and breathes fire through his nostrils".
And he's right, of course. To Mary, Joss is none other than the man with the tail. But the evil that has crept up on her while she was looking the other way is something quite other: a primal force whose roots lie in the godless and unearthly landscape around her, an innate and lurking foulness that goes beyond even violence, torture or murder – "a whisper of unrest bred deep in the soil". 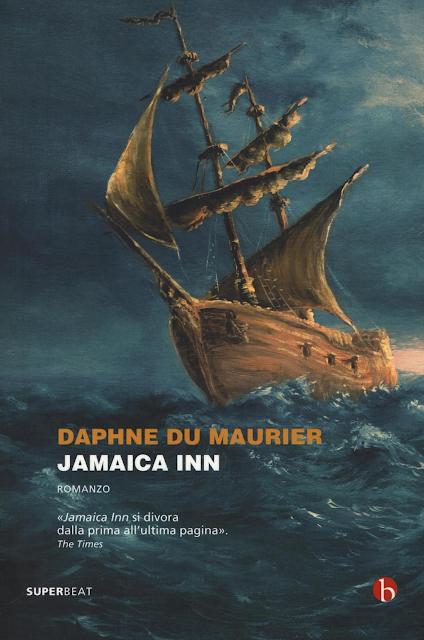 It's something few writers ever attempt to put into words, let alone as disturbingly as Du Maurier manages it here. She was 29 years old when she wrote this, and married with a young baby. Where did it all come from? I held my breath as I read the last pages, unsure what my teenage self would have made of them, and unsure, really, what I make of them now.
Back in 1974, I wrote Daphne a fan letter, care of Gollancz. Amazingly, she replied. Her address was printed on the reverse of the envelope, so how could I not write straight back? We corresponded for a couple of years, and that changed my life, making a Nottingham schoolgirl's idea of growing up to be an author seem an actual possibility, rather than just a dream. 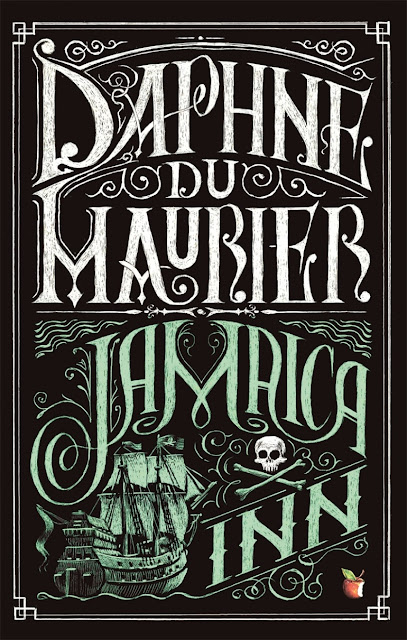 What drew me to write to her? What exactly is it about these novels that still transfixes me even now, four decades later? Apart from the obvious answers – her feel for landscape, character and plot, her enviable skill as a storyteller – I think it was precisely that "whisper of unrest", so unsettlingly hinted at here. What does she mean? What is she talking about? I'm not sure I know. But then again, awake in the small hours, wrestling with all the grief, madness and uncertainty that this rampant and unknowable life can sometimes throw at us, I think I do.