The Professor and Other Writings by Terry Castle / Review 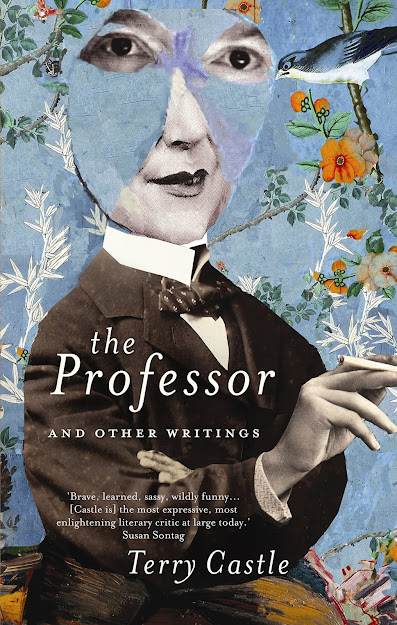 The Professor and Other Writings by Terry Castle - review

riting a memoir is the best revenge, and indeed, as Terry Castle ruefully acknowledges in "The Professor", "writing . . . is often nothing but revenge". Castle is professor of English at Stanford University, and a specialist in 18th-century English literature, as well as lesbian literary theory and literary history. But in the past decade she has also become recognised as an outstanding public intellectual, memoirist and culture critic.

The vengeful side of Castle's work first came to public attention through "Desperately Seeking Susan", her essay published in the London Review of Books in March 2005, just a few months after Susan Sontag's death. Here, Castle detailed her "on-again, off-again semi-friendship" with the great woman in which she played the humble groupie to Sontag's imperious star. She served as Sontag's chauffeur around southern California, a sympathetic audience for her kvetching about academics, an eager player in her games of intellectual one-upmanship, a purveyor of lesbian gossip to her closeted but insatiably curious androgynous persona ("I've loved men, Terry, I've loved women").

Eventually, Castle became disillusioned with her role as a generally adoring and dazzled acolyte. "Sontag was a great comic character," she observes. "Dickens or Flaubert or James would have had a field day with her. The carefully cultivated moral seriousness – strenuousness might be a better word – coexisted with a fantastical, Mrs Jellyby-like absurdity." Her deadpan account of Sontag demonstrating how one evades sniper fire in Sarajevo, by ducking in and out of doorways on "Palo Alto's twee, boutique-crammed main drag" in her "intellectual-diva kit", became the prize tidbit at international academic dinner-parties. Castle also vividly describes being Sontag's guest at a dinner of the haute intelligentsia in Manhattan, where she was patronised and ignored, and another fiasco in which she wants to show Sontag off to her partner Blakey or vice-versa, and is snubbed and humiliated.

Readers were split on whether Castle was being merely spiteful to Sontag, or brilliantly and aptly satiric, and it was rumoured that she had been disinvited from Sontag's memorial service. But Castle does not exclude herself from her satiric recollections.

In the autobiographical reminiscence, "The Professor", she recalls her unhappy affair with a witchy professor of linguistics while she was a graduate student at the University of Minnesota. Castle is aware that the story of the Sapphic and satanic teacher is a paradigmatic commonplace of "turgid" lesbian school girl fiction, and marks "an archetypal rite of passage into the Sapphic world". She admits that she has honed and polished the story over the intervening years, and "developed fairly early in the game what might be called a Professorial shtick: a narrative, often comic, in which the more Grand Guignol aspects of our relationship became a catharsis at once reviving and entertaining."

And she contextualises her experience in a brilliantly funny, and cruelly accurate, depiction of the "Amazon Nation" of lesbian righteousness in the 1970s, for which Minneapolis has been made famous by the graphic novels of Alison Bechdel. Castle recalls her efforts to establish a sexual identity among flannel-shirted dykes renamed Labyris Snakegoddess, Artemis Longstocking, Sarah Margaretchild and Pokey Donnerparty; and her desperate affair with the bony and hairy Celeste, like "caressing an orangutan". Meanwhile, she secretly longs for the good bourgeois life, with "hardwood floors, kilim rugs . . . a Krups coffee grinder" and "a sporty little lesbo-prof car". There's more than a whiff of revenge in this memoir, especially when "the professor" turns up decades later in a wheelchair; but there is also candour, wit and panache. Much as she mocks her younger self, Castle is an endearing narrator, and the reader rejoices in the climax of her wedding to the magnificent Blakey.

Castle is not limited by the malicious muse. In other essays she writes stirringly about the first world war, and the feminine fascination with and envy of male heroism, as well as about 9/11 and its impact on popular culture. She contends frankly with her fear of "being swept back – annihilatingly – into the world of 'my mother's taste'." In a wonderful sentence about her mother, Mavis, she sums up an entire feminist dilemma: "my whole life up to now . . . has from one angle been a fairly heartless repudiation of maternal sentimentality: all the bright, powerless, feminine things."

Yet mysteriously, even now, when there are all kinds of articles flying around about the dearth of women reviewing for the major Anglo-American literary journals, Castle isn't as well-known as she deserves to be.

Elaine Showalter's A Jury of Her Peers is published by Virago.