Portrait of an Artist, Her Work Revived

Portrait of an Artist, Her Work Revived

BENJAMIN GENOCCHIO
24 APRIL, 2009
In most survey books on American art history, the artists associated with Abstract Expressionism in New York in the 1950s and ’60s are almost exclusively men. In recent years, however, museums on Long Island and elsewhere have sought to widen our vision of the movement, highlighting the achievements of many talented, if sidelined, female artists. 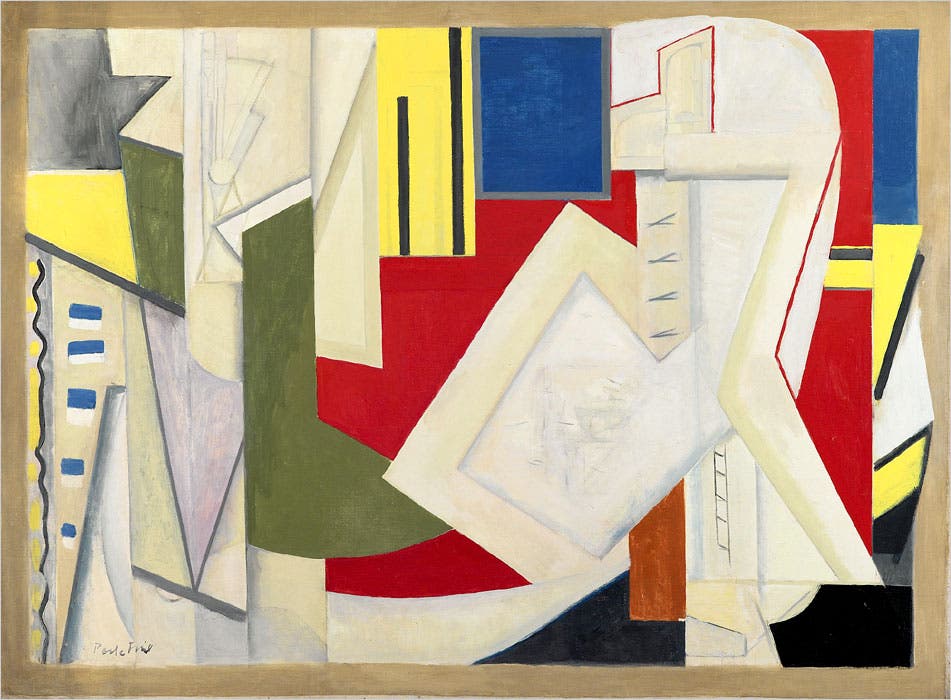 One of the most important exhibitions of this kind was “Lee Krasner: Little Image Paintings, 1946-1950,” last fall at the Pollock-Krasner House and Study Center in East Hampton, celebrating the centenary of Krasner’s birth. It was a terrific show, focusing on a group of powerful early abstract works that cement Krasner’s place in the pantheon of original Abstract Expressionist painters.

“Tranquil Power: The Art of Perle Fine” at the Hofstra University Museum is the latest effort in this continuing re-evaluation of the contribution of women to the Abstract Expressionist movement, bringing together around 40 works by this under-recognized member of the New York School. Assembled by Susan W. Knowles, a guest curator, with loans from museums and private collections, it includes some artworks that have rarely, if at all, been on public display.
The show has added resonance here given that Fine (1905-1988) was a faculty member at Hofstra from 1962 to 1974, commuting from her home and studio in Springs. Numerous art styles — Minimalism, Conceptualism, Pop Art — came and went, but Fine stuck to abstraction in her work for close to 50 years.
Though she is little known today, Fine was among the most prominent female artists associated with Abstract Expressionism. She studied with the influential German émigré abstract artist Hans Hofmann, was included in pioneering group exhibitions of abstract art at Peggy Guggenheim’s Art of This Century gallery, the Art Institute of Chicago and elsewhere and showed with the powerful Betty Parsons Gallery. In 1950 she was nominated by Willem de Kooning and then admitted to the 8th Street Club, a group of prominent New York abstract painters; she was one of the first female members. For a while there she was a celebrated artist. 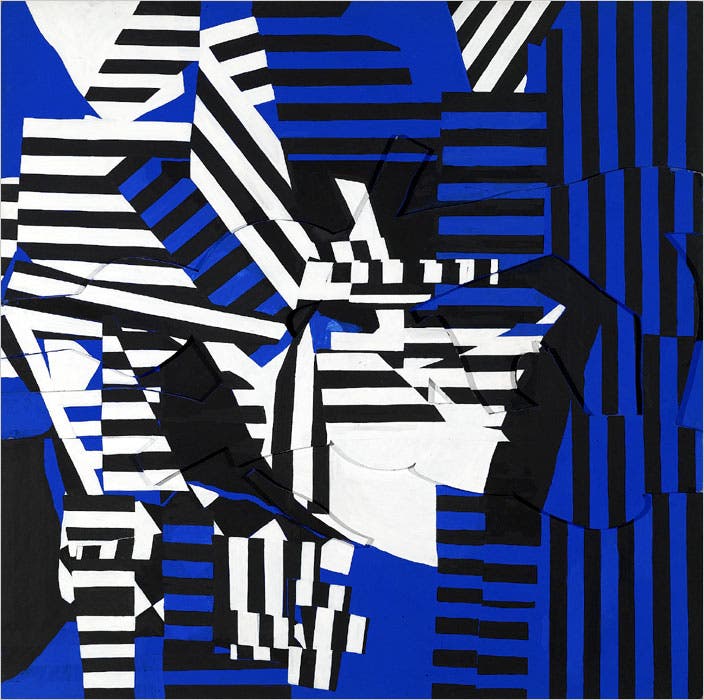 So why has her star dimmed so dramatically in the intervening decades? Partly I think it was because, unlike Krasner, she was not married to a famous artist; her husband, Maurice Berezov (1902-1989), was a talented photographer who documented the Abstract Expressionist circle and parlayed his art school background into a Madison Avenue advertising job. Several of his photographs of Fine and the Abstract Expressionists — Pollock, Krasner, de Kooning and many others — are showing in a companion exhibition on the ninth floor of the nearby Axinn Library.
Another reason for her obscurity lies in the work itself. Fine could paint; there is no doubt of that. She even produced several really beautiful and successful pictures, ranging from an early, harmonious work, “Untitled” (c. 1938), on loan from the Parrish Art Museum in Southampton, to “Astraea” (1956), a raw, charged abstract with collage. But when you walk around this exhibition, it quickly becomes apparent that she never settled on her own style. 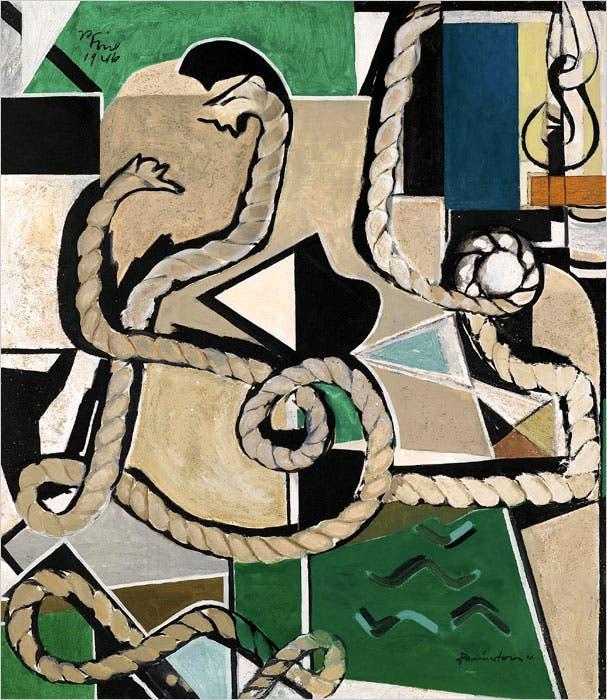 Art history can be cruel, tending to rank and reward artists based on innovation and originality. In the absence of those qualities, an artist, no matter now talented, is overlooked or ignored. Fine falls into this category, for her work tends to look a little too much like that of her more famous peers. Her best paintings from the 1940s remind you of Pollock, Joan Miró and Arshile Gorky, while during the 1950s she often seemed to turn to de Kooning, Pollock and Franz Kline for ideas.

The exceptions to this rule are some unusual and interesting geometric-style abstractions from the 1960s. “Striate Red” (circa 1965) and “Unequivocably Blue” (1967) both seem to capture a fragmentary meshing of shadows and light.

What I admire about these works is that they are unlike much of the art that I associate with the time period in which they were done, during which a brand of regimented minimalism came into vogue. When we look at them it is as if we are looking into a strange, almost supernatural world in which everything is sharply distorted and space multiplies and expands. I found myself thinking of a painting by Piet Mondrian seen through a monochromatic kaleidoscope. These two paintings feel fresh, mysterious and lively — in other words, very contemporary.