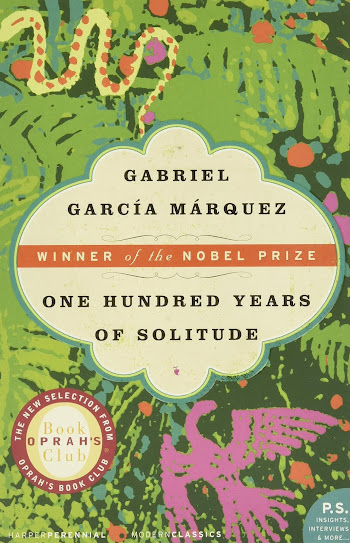 Alife-long passion for the Hispanic world first led me to Colombia, together with a fascination with the early explorers of the New World, from the conquistadors to the German scientist Alexander von Humboldt. The latter conveyed for me a sense of wonder and awe I would later find in the writings of Gabriel García Márquez, whose novels encouraged my belief in travel literature as a poetic transformation of reality.

A chance encounter with him at Cartagena de Indias was the catalyst for the river journey that forms the basis of my new book, The Robber of Memories. His presence inevitably dominates the list of books I think of as essential reading for anyone wishing to understand and appreciate Colombia more deeply – a country whose troubled history is balanced by an extraordinary and life-affirming exuberance. 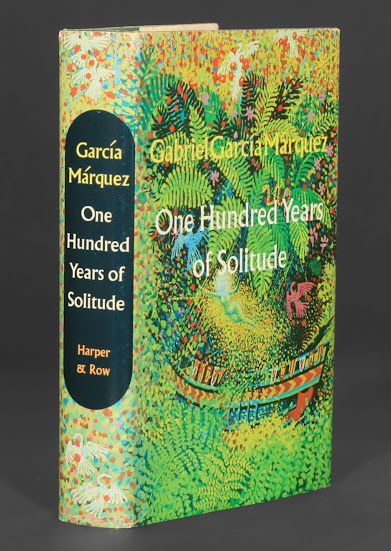 1. One Hundred Years of Solitude by Gabriel García Márquez

The defining novel of "magical realism", and a book that has given rise to so many works of pure whimsy, is a family chronicle revolving around an imaginary village based on the author's native Aracataca. The haunting strangeness of the Colombian interior, as it must have been perceived by the first Spaniards, is beautifully conveyed in the course of a journey in which the village's early settlers encounter a Spanish galleon mysteriously stranded in the middle of a jungle. The rest of the book develops into what can be interpreted as a poetic history of Colombia, a country torn apart by an internal conflict that has gone on for so long that no one can remember exactly their reasons for fighting. The novel, read today in the light of García Márquez's current gradual loss of memory, can also be seen as a work of uncanny prescience.

One of the giants of world literature has fortunately been rewarded by an outstanding literary biography written by someone with an especial empathy with his subject, yet who resists hagiography. The passion of the narration, and the wealth of telling detail (the result of 17 years of obsessive research) bring vividly to life García Márquez's Colombia, and wonderfully complement the subject's own and incomplete autobiography. What also emerges so strongly from this book is the way in which García Márquez has turned increasingly in old age into one of the lost and lonely patriarchal figures who feature so prominently in his fiction.

3. The Armies by Evelio Rosero

That the more fantastical elements of an author such as García Márquez can be allied to a searing vision of contemporary reality is evident in Rosero's The Armies, which begins with an evocation of an unspecified village of seductive lushness. But the tropical idyll is marred as more and more of the villagers mysteriously disappear, forcing the exodus of all the remaining inhabitants except for a retired schoolteacher, who ends up being drawn into a Bosch-like apocalypse. The novel, haunted by the largely invisible presence of a shifting enemy made up variously of guerrillas, paramilitaries and the army, chillingly reflects a rural Colombia in which the innocent are always the main victims.

Restrepo is a Colombian novelist whose fiction reflects her work both as a left-wing activist and as an investigative journalist covering issues of human rights and social inequality. Delirium, which takes place during the Colombia of the turbulent 1990s, is a work of mesmerising power whose starting point is a man's discovery that his beautiful young wife has gone suddenly mad. His attempt to uncover the cause of her madness forces him to delve ever deeper into the past of her well-connected family, uncovering in the process the roots of the collective delirium into which Colombia has fallen. An acutely observed rendering of contemporary Colombia alternates with an almost magical portrayal of the Eden-like country that had so bewitched the wife's immigrant family on arrival from Germany.

One of the great memoirs of modern times, Oblivion is a richly detailed and utterly compelling family portrait centred on the dominant event of the author's life – the assassination of his father by paramilitaries. The father, an enlightened and endearing doctor driven not so much by political beliefs as by "a desire to leave the world a slightly better place", is shown struggling against the forces of unreason and terror in a Medellín gradually reduced in the 1980s to an urban hell. In its cathartic last pages, the book acquires a universal resonance as the author reflects on how the recalling of a person is a way of bringing back to life, and of a deferring for "a moment more" the void that awaits us all.

6. The Sound of Things Falling by Juan Gabriel Vásquez

The way in which the past impinges upon the present is a recurrent theme in the fiction of a Colombian writer whose works explore his country's recent history with profundity and originality. The Sound of Things Falling, his most powerful and stylistically dazzling work to date, takes an oblique view of the violence of the 1980s and early 90s, when the country was effectively ruled by the drug baron Pablo Escobar. Framed by the sad tale of the hippopotamuses from Escobar's zoo, the novel is essentially a psychological thriller focused on the increasingly solitary fate of a disaffected lawyer obsessed with trying to find out about the past of a murdered acquaintance. Set against a Bogotá of endless drizzle and darkness, Vásquez's habitual intellectual vigour is underscored by a stunning emotional intensity.

7. The Fruit Palace by Charles Nicholl

Colombia would seem a destination that offers limitless material to the travel writer. However, few worthwhile travel accounts of the country have appeared in modern times, one of the main exceptions being The Fruit Palace. Though very much a young person's book, and with several probable touches of fiction, this is a gripping, funny and hugely entertaining tale based on Nicholl's quest in the early 1980s for "the great cocaine story". The Caribbean coastal town of Santa Marta, the book's principal setting, is vividly described during its now innocent-seeming days as a haven for an international crowd of hippies. But the author's picaresque, adventure-filled travels take him all over Colombia, even to the colonial town of Popayán just at the time when the place is destroyed by earthquake.

8. Short Walks from Bogotá: Journeys in the New Colombia by Tom Feiling

A beautifully written journalist's account of Colombia today, short on culture and nature, but full of social insight, compassion, revealing encounters, and lucid assessments of the country's labyrinthine political history.

9. One River: Explorations and Discoveries in the Amazonian Rain Forest by Wade Davis

Wade Davis, the winner of this year's Samuel Johnson prize, is a Canadian writer – and scientist, film-maker and explorer. He described One River as a "600-page love letter to Colombia", where, unsurprisingly, he is regarded almost as a national hero. This hybrid work, with its lyrical yet precise descriptions of the natural world, began life as a biography of Davis's teacher Richard Evans Schultes, one of the leading 20th-century botanists, and the father of ethnobotany – the study of indigenous peoples' knowledge and use of plants. But Davis, while investigating Schultes's life, relates his own explorations of Amazonian Colombia, and even gives a lively account of his days among the magic mushroom-eating foreigners of the Andean town of San Agustín.

10. The Train of Ice and Fire by Ramon Chao

In 1993, at the height of Colombia's troubles, the eccentric Spanish-born journalist and writer Ramon Chao accompanied his musician son Manu on the craziest homage ever paid to García Márquez. Manu's idea was to commandeer and reconstruct an old passenger train, fill it with 100 musicians, acrobats and artists, and transport them all from Bogotá to García Márquez's birthplace at Aracataca. This strange travelling circus, while enchanting rural communities with spectacles that include a giant fire-breathing dragon, and a block of ice that children are invited to touch (as in One Hundred Years of Solitude), manages also to fall foul of paramilitaries, guerrillas and local authorities. The story of this quixotic, dangerous and inevitably doomed enterprise is grippingly – and humorously – told.