Margaret Atwood / The Blind Assassin / Papering over the cracks 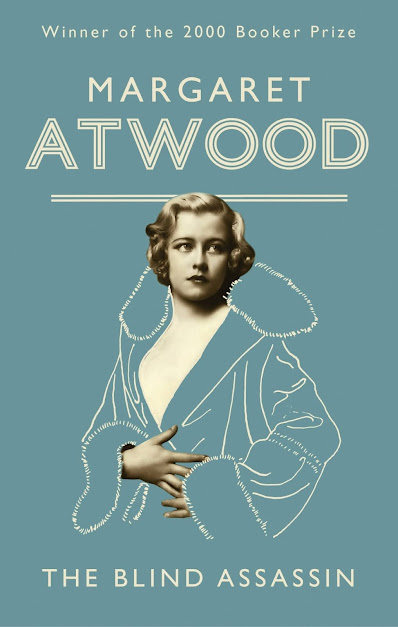 Papering over the cracks

Novelists have always used documents apparently snatched from the real world as evidence of fiction's factuality. When a novelist gives us newspaper reports, however, he or she is probably writing against, or taking us behind, the official record of the times.
Atwood uses 18 invented newspaper or magazine articles in The Blind Assassin. They are inserted without comment, as if without the knowledge of her narrator, Iris. From the first they draw attention to the gap between public and private truth. The opening chapter describes the suicide of Iris's sister, Laura, who drives her car off a bridge. Two witnesses "said Laura had turned the car sharply and deliberately". A policeman tells Iris that the brakes might have failed. "It wasn't the brakes, I thought. She had her reasons."
Next we get a report from the Toronto Star on the inquest. This tells us some facts that it would be artificial for the narrator to tell us herself. Iris, we discover, is married to Richard Griffen, a "prominent manufacturer". More intriguingly, it tells us that she has given evidence at the inquest that her sister "suffered from severe headaches affecting her vision". Those two witnesses have disappeared. Instead, there is "the police view that a tyre caught in an exposed streetcar track was a contributing factor".
The use of the newspaper article is neat because it is not merely informative. The novel is much concerned with the power of Iris's husband to conceal things. We can already sense, in the incongruity of the narrative opening and the article, that some power has turned attention away from the truth of Laura's terrible act. What is the truth? And why has the narrator been complicit in the concealment?


Atwood uses journalism artfully to let us know in advance where some of the narrative strands will be taken. A report on Richard's death in 1947, two years after Laura's, is given before we meet him, so we will know that his ruthless pursuit of political advancement is doomed. Something about the article - his body is found "after an unexplained absence of several days" - suggests another mystery. A feature from a high-school alumni magazine, dated 1998, shows us that, half a century after her death, Laura will be a famed novelist. A memorial prize for creative writing has been endowed in Laura's name in the will of Richard's sister, Winifred. As we read on, we will discover how deeply Laura and Winifred hated each other.
All the journalistic sources that the novel uses are local. The Toronto Star (which is a real paper) is the least parochial. Others range from Mayfair, chronicler of Toronto high society in the 30s, to the Port Ticonderoga Herald and Banner. (Atwood apparently rewrote real society columns from the period.) The articles are often anxious to make the best of their information, and are occasionally euphemistic or boastful. They have a comic optimism sometimes comparable to the invented newspaper articles used in E Annie Proulx's The Shipping News.
They reflect back the obsessive respectability of Iris's husband and sister-in-law. Yet some of the insertions feel too much like pushes from the author. An extract from a Canadian newspaper in 1936 tells you of Richard's support for Franco and for the fascist regimes in Germany and Italy - as if this cold, decorous sexual predator were not dislikable enough already.
In the 19th century novels had to rival newspapers for incident and sensationalism. Newspaper reports often feature in sensation novels, and later provoke or aid Sherlock Holmes in the solution of his mysteries. James Joyce would use parody newspaper headlines for sections of his epic of ordinary Dublin life. Novels will always use journalism, and often, as Atwood shows, in irony or antagonism.
THE GUARDIAN