Dorothy Iannone / The Story of Bern, [or] Showing Colors 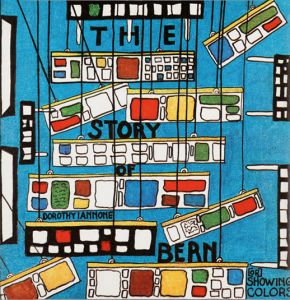 The Story of Bern, [or] Showing Colors

The seminal tale of Iannone's advocacy for sexual liberation.

“As much as Love and Eros have defined my work since its beginnings, so too has censorship or its shadow, accompanied it,” recalls Dorothy Iannone in her introduction to this facsimile publication of her legendary “The Story of Bern, [or] Showing Colors.” 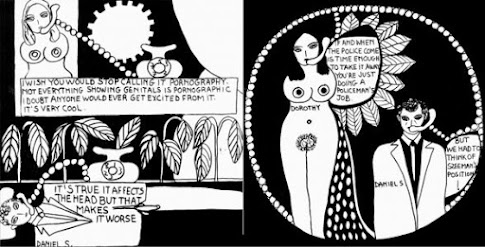 First published in 1970, the book documents the censorship of Iannone's work “The (Ta)Rot Pack” (1968–1969) and the subsequent removal of all his works by her then companion, artist Dieter Roth, from a collective exhibition at the Kunsthalle Bern. For his exhibition entitled “Freunde,” Harald Szeemann invited Karl Gertsner, Roth, Daniel Spoerri, and André Thomkins who all decided to exhibit their artists friends; Roth chose Iannone alongside Emmett Williams. The censorship of Iannone, and Roth's protest, eventually led to Harald Szeemann's resignation as the director of the institution.

Telling the story of this act of censorship as well as the context of the exhibition in Bern and its iteration in a non-censored version in Düsseldorf, “The Story of Bern” is emblematic of Iannone's distinctive, explicit, and comic book style, and of her openness about sexuality and the strengthening of female autonomy.

Accompanied by a 4-page insert that includes a new text by Dorothy Iannone and an essay about the context of the book publication by Centre Pompidou curator Frédéric Paul, this publication is a facsimile of the original 1970 “The Story of Bern, [or] Showing Colors.” It follows the facsimile publication of “A CookBook” by JRP|Editions in 2018.

Published on the occasion of the artist's exhibition at the Centre Pompidou, Paris, from September 26, 2019, to January 6, 2020.

Since the early 1960s, Dorothy Iannone (born 1933 in Boston, lives and works in Berlin) has occupied herself with the attempt to represent ecstatic love: “the union of gender, feeling and pleasure,” as she herself describes it. Today, her oeuvre encompasses paintings, drawings, collages, video sculptures, objects, and publications. A narrative element, fed with personal mythologies, experiences, feelings, and relationships, runs through all of her works. Particularly in her late figurative painting, which almost appears to dissolve into the ornamental, she creates scenarios in symbolic settings, in which she also consistently celebrates a playful handling of the subject matter. Since the 1960s, this visual self-empowerment has been read as a contribution to the liberalization of female sexuality. On the other hand, Iannone, who takes a spiritual, existential approach, has never seen herself as part of a feminist movement. However, in bringing her works to the public, she inevitably manifests a self-understanding through her handling of controversial subject matter.