Dear Mariella / I'm having an aﬀair 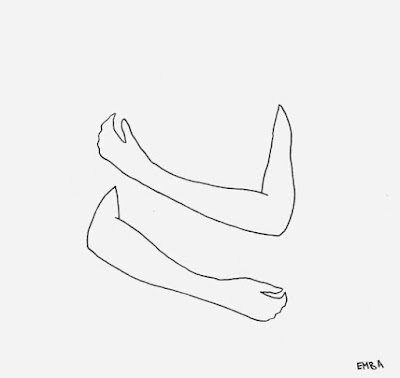 I´M HAVING AN AFFAIR

The dilemma: I am in my early 50s, married to a kind but preoccupied man who has worked away from home for some years, with two children, the youngest of whom has just gone to university. Six months ago a warm and attractive friend, R, and I began an affair. He has had an open marriage for most of his 35-year relationship, but hasn't had sex with his wife for 20 years. Their way of coping with this has been for her to "allow" him to have affairs - but I have lately learned that these affairs are ruled by strict parameters. The problem is that before I knew this I began to fall in love with him. When I told him this, his response was that I was a wonderful lover but he did not love me. The woman he loves - and will always love - is someone he had a relationship with some time ago, and whom his wife has forbidden him to see because he made the mistake of telling his wife he loved this woman. He still takes risks and sees her very occasionally, although they no longer make love because of the ban his wife has put on this - and because it would be too hurtful to the woman. He still wonders whether he should have left his wife for her. When I am with R it does feel right - I feel more alive than I have for years. Doing nothing and letting things continue as they are makes me feel powerless. Part of me wants to blow all this open - let his wife know how hurtful it is to use women in this way and that the other woman is still "on the scene" emotionally, if hardly at all in any other way. But that could backfire and hurt me more than them.

Mariella: Indeed. You're clearly hell-bent on some form of vengeance - I'm just wondering against whom and for what? I'm struggling to see who has wronged you here. You appear to be blaming R's wife - which makes two of you! Most of your lover's excuses for his behaviour seem to depend on the acceptance of the premise of a complete lack of free will and total obedience to his wife. It's unlikely that he adheres to her rules to the degree he'd have you believe - indeed, when it comes to what he really wants to do (like see his ex-lover) he clearly does exactly what he wants. As usual, you are doing the sadly predictable female thing and blaming the other woman, or at least one of them. In this case it really does seem ridiculous. If she and her husband have developed an understanding that allows them to remain together while maintaining an "open relationship", then their rules of engagement are their business. You're just a ship in the night; they're the ones who will remain long after your affair is over. It may be inconvenient to you that you fell in love with R, but it's hardly anyone's fault. You were having an affair with someone else's husband, so at best he was on loan; there was certainly no guarantee that he would be yours to keep. The only person to blame for getting your heart all tangled up in this sorry mess is yourself. I really don't think you can keep a straight face while blaming his wife!
The only deceiving going on around here is your own self-deception. In fact, the whole situation is unique in its lack of duplicity. Not only is your lover married to someone else, but he's also made it very clear to you that his heart is otherwise engaged. So what exactly do you want to tell his wife, and do you honestly think it's anything she doesn't know already? And what sort of outcome would you be hoping for? The three of them will certainly wash their hands of you, and you'll be left seething back in your own home with your "kind but preoccupied" husband. Perhaps, most importantly, how would you prevent such action from making you look like a complete fool and being utterly humiliating? If anyone is the victim here of her own choices, it's you. Your friend R and his wife may have a strange set-up, but at least it's relatively straightforward. What on earth are you doing lingering in this quagmire? Forgetting the morality or not of committing adultery, have you no pride?
This man is in love with one woman, married to another, and having sex with a third. In these days of increasing unemployment I admire the zest with which he spreads the work around, but quite clearly you are at the bottom of the pile. You say doing nothing "makes me feel powerless". In what way would this proposed illumination of his wife on matters that really don't concern you make you feel powerful?
If you want to take back control of your life, I suggest you extricate yourself from this ridiculous ménage à quatre - three's a crowd, but four is positively overcrowded. Your kids have left home - that doesn't mean you need to start behaving like one. Show a bit of dignity and leave them to their amusingly sordid scene. You've clearly got yourself too deep into someone else's affairs, and I mean it literally. If you need a lover, try to find one who's available or at least interested in your pleasure, not just the role you can play in his. Sorry to be brutal, but I really want to get you out of this situation before you do something you'll regret. There are much better ways to pursue personal satisfaction - on every level.
THE GUARDIAN