The Assassination of Margaret Thatcher by Hilary Mantel / Review 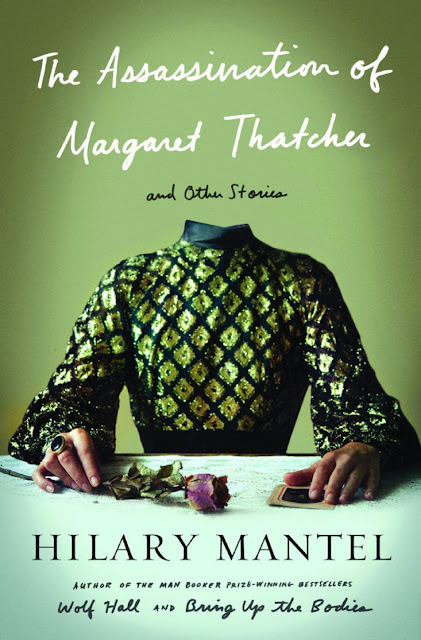 The Assassination of Margaret Thatcher by Hilary Mantel: Review

Taking a break from her immensely successful Thomas Cromwell trilogy, Hilary Mantel’s The Assassination of Margaret Thatcher is a collection of short stories dealing with more contemporary matters.

But while the setting has changed, much remains the same. We can’t judge by appearances. Mantel’s Thomas Cromwell, we have come to see, may seem a reasonable and decent man, but he has highly situational ethics and, if not a villain himself, he is certainly an enabler of evil deeds.
Mantel enjoys this sort of sleight-of-hand: showing evil taking innocuous forms and imagining quiet, domestic horror stories that slip past our defences. What any particular story seems to be about is usually less important than the sense of unease that underlies it, and what remains unsaid.
The first story, “Sorry to Disturb,” tells of a married Englishwoman who lives for a time in Saudi Arabia, where she picks up an unwanted admirer in the form of a Pakistani businessman. In some ways it’s a fairly bland social comedy, but then it starts to give off a Fatal Attraction kind of vibe. Mr. Ijaz is a little creepy. He’s “restless and nervy,” laughs at nothing, and is “always twitching his collar and twisting his feet in their scuffed Oxfords, always tapping the fake Rolex, always apologising.”
In short, he isn’t quite what he seems to be. He is superficial, if not as fake as his watch. He’s definitely not a proper gentleman. Things escalate and he starts to act like a stalker, while displaying a callous attitude toward his own wife (she may be dying of some kidney disease but he’s “getting rid of her anyway”). Before long the narrator is developing her own neurotic symptoms and taking to watching The Texas Chainsaw Massacre.
“Sorry to Disturb” isn’t a conventional horror story, but there’s something unpleasant riding under the surface that’s typical of Mantel’s writing. She has a way with understatement and indirection, with social meanings and class codes that are subtly broken.
These become all the more noticeable given the British penchant for keeping up appearances. We see that sense of protocol in action when a woman dies on the spot after discovering her husband’s adultery. She “almost casually” looks at where she has accidentally cut herself before folding “tidily back on to her heels.” Her problem, we later learn, was an undiagnosed, hidden heart condition, one liable to be brought on by “strong emotion of any sort.”
Strong emotion, of any sort, can be one’s undoing. Better to keep up appearances, to live life at the conventional rhythm, a rhythm described by the visionary story “Terminus” as “a mystery indeed . . . an aid to dissimulation, a guide to those who otherwise would not know how to act.” Marching to that rhythm may make you a zombie, but you’ll rue the day you break with it.
A number of these themes come together in the title story, which has a plot to assassinate Prime Minister Thatcher unfolding behind the walls of a bourgeois house on a certain “genteel corner, bypassed by shoppers and tourists.”
The narrator is not an assassin herself, but she is guilty of aiding and abetting the lone gunman, even offering him tea and the use of her washroom. Again, one feels that a rhythm of formalities is being observed:
“Who do you work for?” I said.
“You don’t need to know.”
“Perhaps not, but it would be polite to tell me.”
In this story the character, who doesn’t quite belong, who doesn’t seem real, is Thatcher herself, a figure Mantel has likened to a “psychological transvestite.” She walks on stage here like a cartoon caricature of the Iron Lady, the bag on her arm “slung like a shield” and “big goggle glasses” beneath a “glittering helmet of hair.” Even in the crosshairs she’s the one who constitutes the real threat to the public order.
Mantel is very easy to read which is, no doubt, part of the reason she’s so popular. But she’s even more enjoyable to reread, when you hear sounds of a different frequency beneath the mysterious rhythms of modern life.


Alex Good is the editor of Canadian Notes & Queries.
THESTAR