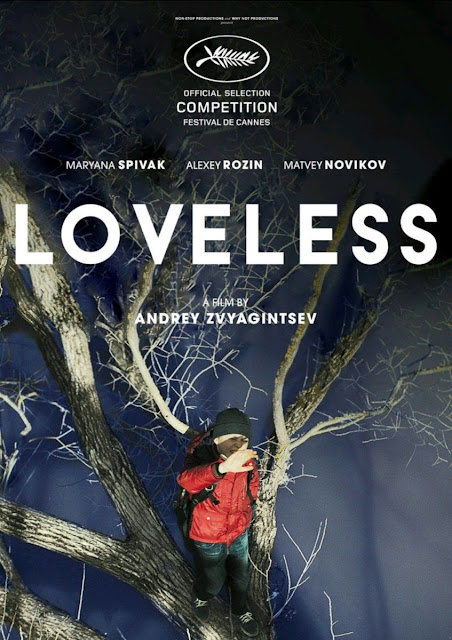 ndrei Zvyagintsev’s Loveless is a film with a brutally informative adjective for a title. It’s something which applies to the toxic, failed relationship which is at the heart of the drama, but also to everything around the unhappy man and woman, to the very air that they breathe. Modern, aspirational Russia seems in this film to be grasping, unforgiving, a spiritual wasteland of materialism and selfie narcissism, like a distant planet which has lost the means to support life. It is a stark, mysterious, painful film in the high European tradition of Bergman, Antonioni and Haneke.

Boris (Alexei Rozin) and Zhenya (Maryana Spivak) are a couple who are splitting up, but must for the time being share the cramped apartment which they are selling; both have found new partners and now quarrel endlessly. It is a truly horrible atmosphere for their 12-year-old son Alyosha (Matvey Novikov) who at some level realises that he is somehow at fault – by having a child too early, the couple effectively destroyed their chances of happiness together. This boy is in agony. One day he goes missing. But it is clear that he has vanished spiritually long before. 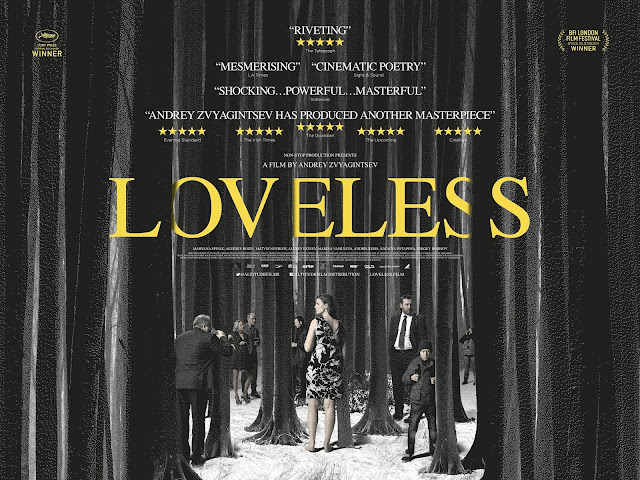 And what can the couple do about it? Does this terrible emergency bring them closer together? Does this traumatic psychological impact at least dislodge them from their moral stagnancy and paralysis? Well, not obviously. In fact, it only seems to intensify and diversify their rage and fear and hate, giving it a kind of dramatic expression. There is an unforgettably strange and eerie sense when a search party organised by local well-wishers – the police being far too jaded and bureaucratic to set up anything of the kind – goes through some woodland looking for Alyosha and comes across an abandoned, wrecked building, which looks as if it might have been the kind of upscale property that Boris and Zhenya once individually dreamed of inhabiting, after they had disencumbered themselves of their current marriage. The endgame for this nightmare comes when the police discover bodies of various 12-year-old boys and the couple are called upon to make an identification. Him? Not him? These scenes themselves, which appear to have a gutwrenching ambiguity, are almost unwatchable.
Since this film first appeared at Cannes in 2017 and was released here this year, modern Russia has hardly been out of the headlines: Trump, kompromat, novichok, Ukraine. But it is not just a question of western dislike. There are passionate, engaged, dissenting voices within Russia. Zvyagintsev is one of them.
THE GUARDIAN