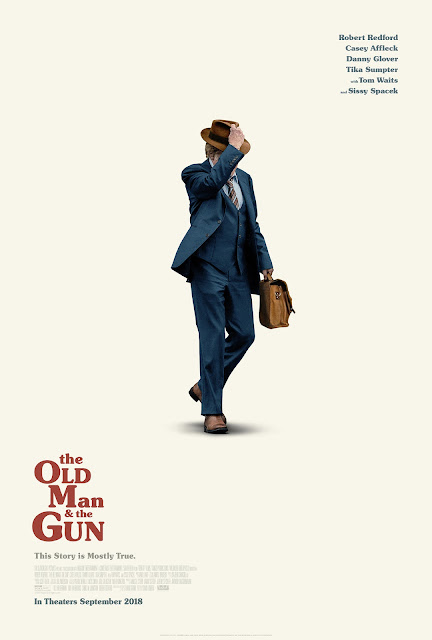 She stars in The Old Man & the Gun, but all the film’s publicity has been about Robert Redford. Anyone who hasn’t encountered her earlier performances is in for a treat


T
roubling news just in of a well-known comic in his early 30s, who approached a friend of mine at a party and squinted at his T-shirt. “What does that say?” he asked. “S-I-S-S-Y S-P-A-C-E-K?” (It was one of those Girls on Tops-style affairs, with the name of a female actor or film-maker emblazoned in capital letters.) An explanation, including the words “Carrie” and “Badlands” and possibly “acting legend”, was forthcoming, but the baffled celebrity was none the wiser. Could it be that the miracle of Sissy Spacek has eluded an entire generation?

Spacek’s pace has admittedly slowed down in the past decade. Her last Oscar nomination was 16 years ago, for her performance as a grieving mother in the revenge drama In the Bedroom. She was a regular a few years back on Bloodline, a Netflix smash full of noirish foreboding and corkscrew twists, in which she played Mum to bad boy Ben Mendelsohn. And now she is in The Old Man & the Gun, AKA the Robert Redford Retirement Movie, where she shows off her flirting abilities, her translucent and infinitely freckled skin, and even one of her own off-screen catchphrases, “Keep on keepin’ on,” all the while seeming vaguely underused.
Spacek’s characteristic pensiveness is also on display in the new film. She can be vividly in the moment – think of her as the woman fighting to find her husband in Missing, set during the 1973 Chilean coup d’état – but her default setting is contemplation. Few actors can look so fascinating staring into space. As the country and western singer Loretta Lynn in Coal Miner’s Daughter, the film that won her the best actress Oscar, she has plenty of reason to gaze into the middle distance, imagining a life that would lift her out of hardship. The British director Michael Apted, who knew the value of patience from his work on the seminal Up documentary series, kept coming back to that face. You would offer more than a penny for her thoughts. 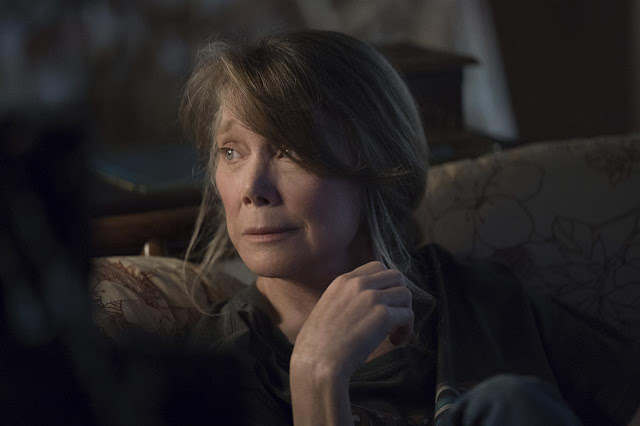 That was 1980. But she had been brilliant right off the bat seven years earlier in Terrence Malick’s debut Badlands, an intoxicatingly lyrical real-life crime drama about a dopey killer, Kit (Martin Sheen), and his teenage girlfriend, Holly, played by Spacek at her dreamiest and most distracted. Character and actor, both Texan, became fused at a molecular level. “People who’ve worked with Terry either love him or hate him,” Spacek recalled. “I love him. We’d spend hours talking about things, and then the next day I’d look at the rewrites, and there’d be all the things I told him.” She said she could twirl batons and, sure enough, there it was in black and white the next day: “Holly twirls a baton.”

Badlands was an interminable shoot, with the whimsical Malick prone to abandon the day’s schedule whenever he became distracted by this sunset or that river, taking off to film over there instead. Crew members quit. (The movie has three credited cinematographers.) But Spacek and the production designer Jack Fisk stuck it out. “I had a vested interest,” said Fisk. “I’d fallen in love with Sissy, so that also kept me going.” (The couple are still married.) Although her acting career was fully underway, she could be found helping out on Fisk’s jobs: she held the clapperboard on David Lynch’s Eraserhead and decorated sets on Brian De Palma’s gaudy horror-comedy Phantom of the Paradise.
De Palma used her on Carrie for more than just her knack with an undercoat. For her luminous performance as the pale, terrified schoolgirl waking up to her terrifying powers, Spacek got the first of her six best actress Oscar nominations. The contorted poses she strikes during her telekinetic episodes – like a mix of kabuki and voguing – came from studying the dramatic biblical drawings that formed part of her husband’s research for his production design on the film.
Carrie marked the start of her celebrity but also an end of sorts. She could pass for a teenager until she was almost 30 – she was 27 when she played Carrie – but during the 1980s she graduated to adult roles, including a run of rural dramas such as The River, Places in the Heart and the unsettling Raggedy Man. Even her smallest parts are comprised of fine, tender brushstrokes: one of her best is as the shy, stammering Rose in David Lynch’s The Straight Story. She doesn’t have more than 10 minutes of screentime, but her compassion and chiming sadness resonate throughout the picture. 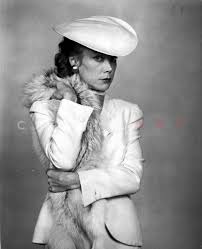 Spacek can also be blissfully dotty. She provides the voice of Anne Uumellmahaye, the brain with which Steve Martin becomes smitten in The Man With Two Brains (he takes her out on a rowboat and slaps a pair of wax lips on her jar). And she matches Christopher Walken quirk-for-quirk in Blast from the Past, where they play a couple who have been holed up in a fallout shelter for 35 years.
As extraordinary as Badlands, Carrie and Coal Miner’s Daughter remain, I would point the oblivious and the unbelieving in the direction of the most spaced-out Spacek movie: Robert Altman’s eerie 3 Women. The film’s first half, with Spacek as the timid, impressionable Pinky being bossed around and jollied along by her garrulous roommate (Shelley Duvall), is the closest thing US cinema has produced to a Mike Leigh-style comedy of social awkwardness. In the second half, identities become blurred and exchanged, and those of us previously reassured by Spacek’s sweetness start to lose our bearings as the characters lose their marbles. For all the havoc Carrie wreaks, she is always sympathetic; she only kills when cornered. But 3 Women, released only a year later in 1977, hinted at parts of Spacek that might be unknowable, even duplicitous. That face could never again seem purely placid.
The Old Man & the Gun is on general release