Mia Goth: ‘I’m always scared of feeling like a fake’

Mia Goth: ‘I’m always scared of feeling like a fake’

She was naked in Nymphomaniac and didn’t wash for The Survivalist. The model-turned-actress explains why she wants roles that go for grit

ia Goth hasn’t showered for five weeks, she announces with delight. We’re in Belfast, uncomfortably cold on a disused RAF base, where The Survivalist, Northern Irish director Stephen Fingleton’s stark, taut drama about post-societal collapse, is nearing the end of its shoot, and the crew is breaking for lunch. I wish I could tell her she stinks, but, sadly, she does not. “I do,” she insists, dragging on a fag like it’s her first in months. “My armpits, trust me. And my feet. But I’m young, so sweat dribbles off.”Young actors don’t often tell journalists of their underarm odours. Goth, though, is more free-spirited. She’s led a nomadic life, so it’s fitting that her parents called her Mia Gypsy (Mia Gypsy Mello Da Silva Goth is the lot). Born in south London, she moved with her family to Rio, and then to a farm in Canada, but returned to London for school. She started modelling during her A-Levels, and you can see why agencies love her: the barely-there eyebrows, the transfixing eyes, the ethereal, almost alien face.
Alongside Cara Delevingne and Agyness Deyn, Goth is the latest model to have sidestepped into acting. Unlike most who came before them, this lot are magnetic, naturalistic performers – from the Milla Jovovich school of model-turned-actor as opposed to, say, Heidi Klum in Blow Dry. In Goth’s two most substantial roles, The Survivalist and Lars von Trier’s Nymphomaniac, she has been cold, tough and manipulative, without having to say much at all. It’s much more fulfilling than posing in some nice clothes.“Modelling is very two-dimensional, you really don’t have to bare anything,” says Goth, whereas “a lot of acting is having the courage to reveal your emotions and your fears and your soul.” 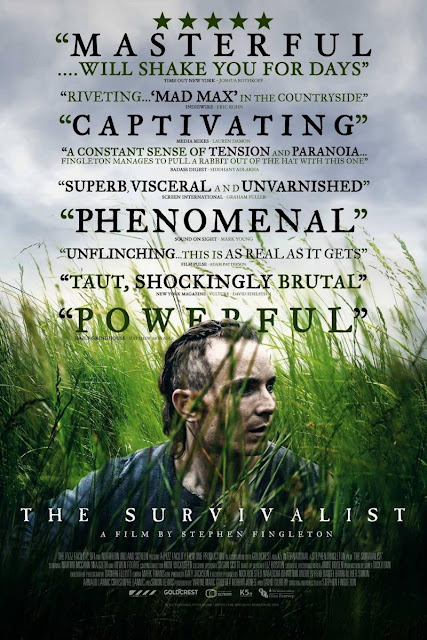 She did, however, enjoy working on a Miu Miu campaign which got banned in the UK for potentially giving the impression that it “presented a child in a sexualised way”. Goth, reclining on a bed, fully clothed, was 22. “I thought it was a little silly: that anyone could ever receive that as being a photograph that undermined me as a woman,” she says. “I wasn’t really bothered. It was kind of cool to have worked with [photographer] Steven Meisel on something that was banned. I felt like a little rock star.”
Similarly, she took great pride in being part of Von Trier’s graphic sexual odyssey Nymphomaniac. She broke though as criminal protege “P”, indulging in plenty of callousness and abusive urination, often without any clothes on, along the way. “I’m drawn to roles where someone has to struggle or fight,” she says. “That’s more interesting to me. I feel that sometimes with [other] female roles, real feelings are diminished.”


Goth is also less concerned with that other spurious aspect of being a model-turned-actress: celebrity. She has dated fellow actor Shia LaBeouf since they worked together on Nymphomaniac, and she lives in LA, making her prime TMZ fodder. But she turns a blind eye to paparazzi and, unlike most rising stars, has no social media presence. “If actors are drawn into all of that,” she says, “then ultimately they’re just compromising their craft and getting further away from who they are, really and truly.”

And you can’t argue that Goth doesn’t take that “craft” seriously. She happily auditioned nude for von Trier and went to extremes of a different kind on The Survivalist. For the latter film, where society has disintegrated, there’s little food, and it’s everyone for themselves out in the woods, the cast went on starvation diets 10 weeks prior to the shoot. Goth plays Milja, a young woman who embarks on a relationship with a man (Martin McCann) after initially bartering her body for food. Not only did she not shower or shave, she slept outside for the duration of the shoot, which would explain her supposed stench.


Somehow, fake feels like the furthest thing away from the roles that Goth chooses. She liked the duality of Milja’s “struggle of living in this really vicious world” and also how she was “going through the growing pains of developing into a young woman”. Milja also doesn’t need a male hero to survive, and is in full control of her actions.
“So often in films there are two ways a female can be portrayed: either innocent and virginal or the complete opposite,” she says, determinedly. “It’s biblical: the Virgin Mary, and the slut of the Earth. You never have the middle ground, and I was really keen to portray a realistic, honest approach of who I think a young woman would be in this situation – strong and independent.”