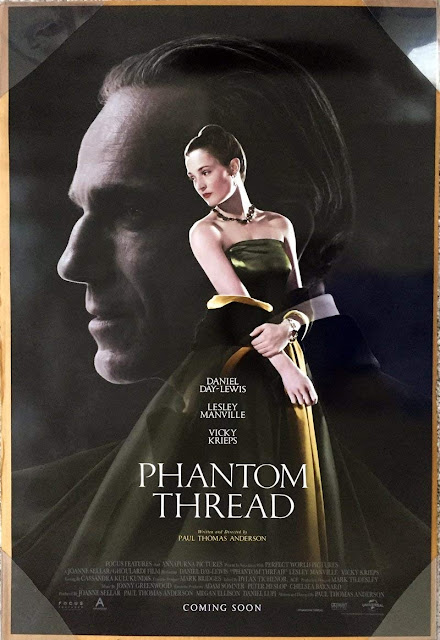 Paul Thomas Anderson’s latest, and Daniel Day-Lewis’s swansong, could have been a self-indulgent apologia for tortured male genius – but instead turned its rich observational powers on the trials of new relationships

Benjamin Lee
Thu 20 December 2018
W
e allow suspension of disbelief for films in genres that would collapse without it, but there’s less room for fantasy in movies about relationships. There’s a reason the romantic comedy has become a dead genre, and it’s not entirely Katherine Heigl’s fault. We can’t help but pick holes in any element of a big-screen courtship that doesn’t ring true. We might forgive some of the more swoon-worthy grand gestures of a story, but we need to believe what we see when we’ve all got at least a modicum of real-world experience with romance.

It has become increasingly difficult to break through this barrier, and romcoms have retreated to the small screen, where expansive storytelling makes them feel more fully realised. But this year has thrown forward an unlikely saviour of big-screen romance: writer-director Paul Thomas Anderson, whose unusual filmography – from Boogie Nights to There Will Be Blood and The Master – is mostly inhabited by traditionally weighty or opaque work. A clue to his affection for the genre, however, lies in his 2002 film Punch-Drunk Love, which paired a socially inept Adam Sandler with a charming Emily Watson. It was woozily romantic and darkly funny; a forefather to his latest – and quite possibly best – film, Phantom Thread.

In 1950s London, Reynolds Woodcock (Daniel Day-Lewis) presides over a boutique fashion house, making costly dresses for elite women. He works with his strong-willed sister, Cyril (Lesley Manville), whose power also extends to his romantic life, helping to remove each new love interest once Reynolds inevitably tires of her. But he becomes spellbound by waitress Alma (Vicky Krieps), taking her on as lover and muse, moving her into his apartment and easing her into his life, regardless of fit. When Alma rebels against his strict routine, the pair find themselves in dark, uncharted waters.
Released so soon after Darren Aronofsky’s self-indulgent Mother!, red flags were raised by the thought of another story from a tortured male genius about just how difficult it is to be a tortured male genius. But Phantom Thread is a fascinatingly unexpected and wildly subversive treat, a film about far more than initially expected; a piercingly sharp study of a relationship that turns into a pitch-black romantic comedy.
It is also a remarkably female story, essentially about two women forced to find ways to deal with the brattish immaturity of a man they both love. Day-Lewis has stated this is his last film, and it’s an intriguing swansong. His performance is excellent, but those around him make longer-lasting impressions. The Luxembourg-born Krieps is bewitching as the woman who challenges him, while Manville is sensational as the one who keeps him in check. All three are introduced as types we think we’re familiar with, but by the end we’re floored by what lies beneath, as Anderson gleefully plays with our preconceptions.
Despite the gloriously constructed period setting, there is a keenly observed messy pettiness in many of scenes, particularly in a horribly familiar dinner date gone wrong. It’s about the battle between independence and co-dependence we all face in new relationships. Reynolds is a confirmed bachelor who has avoided marriage because it would make him deceitful. With age he has built a fortress, ruled by his likes and dislikes, and when Alma dares to prod at its structure, his instinct is to shut her out. How much compromise should you make when sharing your life with someone else? How dangerous is it to let someone in? How much damage can be done?
Phantom Thread will resonate in different ways with people, depending on their relationship status and history. Regardless, it remains a richly, often brutally well-observed wonder, perverse and compelling throughout.
THE GUARDIAN