or reasons clear only to himself, Bret Easton Ellis opens his new book with an image of himself hunched over a screen, pulsating with uncontrollable fury. Minor incidents with strangers on social media had meant an “overwhelming and irrational annoyance started tearing through me up to a dozen times a day”. Alongside this anger came “an oppression I felt whenever I ventured online”. Worst of all, these feelings “could become addictive to the point where I just gave up and sat there exhausted, mute with stress”. But, he adds darkly, “silence and submission were what the machine wanted”. 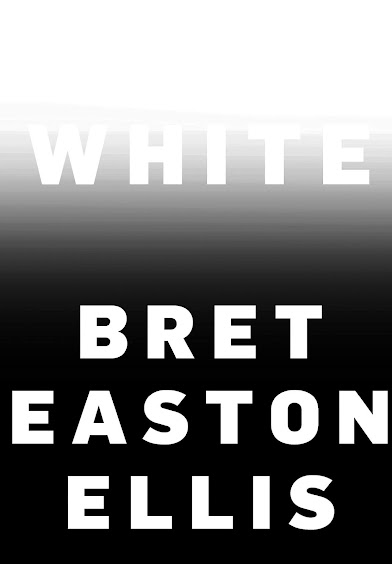 It’s impossible to read the rest of the book without this image of Ellis – sweaty with rage, contorted over a keypad, humming with paranoia about the demands of “the machine” – coming to mind. Because White, a collection of eight essays that respond to contemporary culture, has all the sound, fury and insignificance of a misguided rant posted at 3am. Except, inexplicably, it has been given the dignity of print publication.

Ellis is best known for his provocative, bestselling novels Less Than Zero and American Psycho. White is his first non-fiction book, marketed as a “wide-ranging exploration of what the hell is going on right now”. But Ellis’s interests cannot be considered “wide-ranging”. They are almost exclusively confined to his novels, his podcast, his Twitter account and a handful of fierce arguments he has had with friends at dinner at some point in the last three years. The rest of the world – politics, art, technology, culture – is merely glimpsed incidentally.

Born in 1964, Ellis wears his Gen X identity with pride. He describes his 70s childhood with great nostalgia, calls himself a member of “the most pessimistic and ironic generation” ever, and sees his most successful novels as explorations of this generational pessimism and irony. But White’s argument (if it has one) is that the generation that followed – millennials – are crybabies and professional victims. Their PC, thought-police culture is ruining the world. Orwell is turning in his grave!

“If gay jokes are taken out of the equation, what goes next?” he asks. “Should all ideas and opinions and content and language now be policed?” One rambling monologue – sparked by the withdrawal of his invitation to a Gay and Lesbian Alliance Against Defamation awards dinner after he had tweeted in poor taste about a gay actor – ends with him asking: “And, finally, can they police, ultimately, your dreams?” Ellis seems to find these questions original, profound and scary, but they read as narcissistic, reactionary and boring.

He prides himself on clinical distance in his writing, but distance is nowhere to be found here – Ellis writes with his nose pressed against the screen. He adopts a pseudo-factual tone and gives lots of detail, which results in some of the most dull anecdote openings in recorded history. “One of the more laboured podcasts I recorded was with Jason Schwartzman,” a story begins. “In the late 1980s, when Tom Cruise and I lived in the same building in downtown New York, I saw him only twice – both times in the elevator,” starts another. We are enticed to read on with such gems as: “In the fall of 2016, I happened to see two movies back-to-back.”Each of these anecdotes eventually veers off at a sharp angle into hysterical responses to political correctness, resulting in a pitch-perfect parody of the Old Man Yells at Cloud meme. Teen Vogue exemplifies the “authoritarian language police”, while concepts such as the male gaze prove we live in “a dystopian sci-fi movie in which you can express yourself only in some neutered form, a mound, or a clump of flesh and cells, turning away from your gender-based responses to women, to men, to sex, to even looking”. His style is hyperbolic but without a trace of humour.

Ellis tries to lend these out-of-touch pronouncements an air of rebellion by lazily labelling everything he dislikes as “corporate”. The press is “highly corporate”, Hillary Clinton a human representative of “the Corporation”. When he recalls Simon & Schuster dropping him just before the publication of American Psycho they are referred to as “conglomerate-owned”. Condemning gay slurs makes you part of “the corporate-gay overreaction”. This impulse often results in bursts of self-aggrandisement. “What my podcast was fighting, I realised,” he says at one point, “was the limitations of the new world order.” And if Ellis can’t tweet “an HIV joke” without facing criticism, then the entirety of humanity is “heading toward the corporate abyss”.

The great obsession of the book is Ellis’s adventures on Twitter. In telling the story of the GLAAD dinner, he writes: “Hey, it’s a Twitter account, guys, move on.” But he seems unable to do so himself: my stomach sank when, almost 200 pages in, I saw that the sixth essay of the collection was titled Tweeting. How had we not exhausted the topic already? He recounts in painstaking, mind-numbing detail the times he tweeted stupid comments about David Foster Wallace and Kathryn Bigelow.When he writes, more than 20 pages later, that he is shocked that “anyone could really, deeply, care about a tweet”, it’s such an obvious case of protesting too much that it feels almost sad, like a recently dumped partner ranting about their ex for 90 minutes before adding that they don’t care. At times he is even disingenuous enough to pretend his Twitter persona is actually “Dada performance art”. “Twitter encouraged the bad boy in me,” he says sincerely. The kind of bad boy who liked to sit at home alone arguing with strangers online, “at that time of night when all bets were off and the only things that seemed to matter for five minutes were the immediate responses my tweet received and that icy glass of tequila next to my keypad”.

Then there are the arguments over dinner. The accounts of these seem to have been written out of sheer petty score settling, so Ellis can retrospectively declare himself the intellectual victor of past tiffs. He saves particular venom for a female friend who “suddenly exploded into a spastic rage” during an evening at which he criticised the “aesthetics” of Black Lives Matter, “ranting, often nonsensically” in a way that was “so angry, so deranged”. He appears to think these nasty caricatures of his supposed friends make him appear like the glacial saviour of logic in an age of hysteria, rather than a resentful, bitter man still caught up in the heat of arguments, years after everyone else has left the restaurant.

Ellis seems increasingly agitated. He is insistent that “the widespread epidemic of self-victimisation … is actually an illness”. But he sees no problem with his own out-of-control anger. He admits that at times during conversations with friends he begins to hear an angry voice in the back of his mind, muttering: “You are the biggest fucking baby I’ve ever fucking heard in my entire fucking life.” This does not particularly alarm him.

“Maybe when you’re roiling in childish rage, the first thing you lose is judgement, and then comes common sense,” Ellis writes at the close of White, supposedly in reference to the “constant shrieking” of the left. Maybe that’s also how we ended up with such a nonsensical, vapid book, written by a man so furiously obsessed with his right to speak that he forgets to say anything at all.