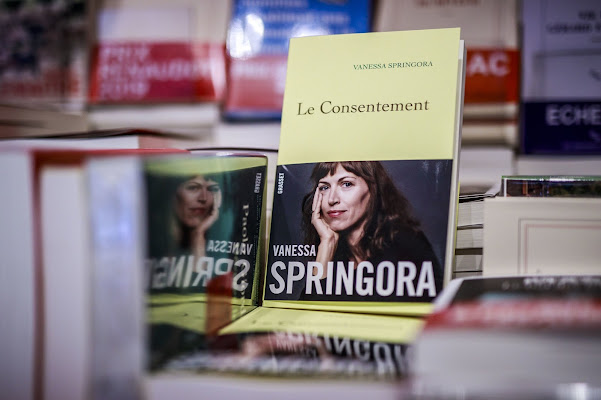 The French literary world is in shock after a leading publishing director, Vanessa Springora, alleged in a new book that she was groomed into a damaging relationship from the age of 14 with an acclaimed author who was 50.

Springora’s book, Le Consentement (Consent), will be published in France in January and has already been met with critical acclaim and sent shockwaves through the close-knit world of Paris intellectuals. It has been described as a #MeToo moment for France’s literary circles. 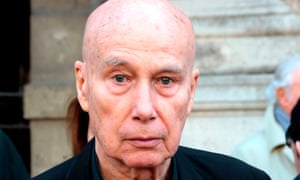 Gabriel Matzneff in 2014. He has described the book as a ‘hostile, mean, disparaging work.’ Photograph: Jacques Demarthon

Springora, 47, the head of the Julliard publishing house, claims that in the 1980s she met the author Gabriel Matzneff at a dinner with her mother when she was 13 and he was 50.

She was a vulnerable teenager whose parents had been through a difficult divorce, she writes. He pursued her with letters and followed her in the street, and she began a relationship with him when she was 14, according to the book.

Springora claims Matzneff would wait for her outside her school and at one point moved into a hotel with her to avoid a visit to his flat from the police, who had received anonymous letters warning of an underage relationship.

Springora claims she ended up skipping school and falling under his control. She details the confusing grooming process and her feeling that because she had consented to the relationship, she must be to blame herself. She describes not understanding what it was to be a victim and the psychological suffering that ensued.

She also describes how the French literary world at the time indulged Matzneff in his publicly stated attraction to many different teenagers. On TV chatshows he described his relationships with teenagers aged over 15. In France, a child under 15 is considered a sexual minor but they can still be considered able to give their consent.

Matzneff also wrote about his relationships with teenagers, including Springora, in novels and published diaries, and about underage sex tourism in the Philippines – all while being hailed as a daring and talented writer.

Springora writes that as a teenager she accompanied him to the recording of a TV show.

In 1977, Matzneff signed an open letter calling for three men on remand accused of sexual relationships with boys aged 13 and 14 to be let off. Others who signed included famous writers and intellectuals such as Jean-Paul Sartre and Simone de Beauvoir.

Springora felt Matzneff was indulged by literary circles because he was a talented writer. She asks in the book: “Does literature excuse everything?”

She told the magazine L’Obs this week: “I hope I can bring a small stone to the edifice currently being constructed around issues of domination and consent, always linked to the notion of power.”

She said she had begun writing her book long before the accusations of sexual misconduct against the film producer Harvey Weinstein in 2017 galvanised women to speak out. Weinstein denies all allegations of non-consensual sex.

In her book, Springora says the 1980s events she describes have now passed the time limit for bringing a legal case. She describes how police interviewed Matzneff after anonymous tip-offs at the time of their relationship but never pursued a case.

Matzneff, now 83, expressed “sadness” in a message to L’Obs, describing the book as a “hostile, mean, disparaging work” aimed at damaging him.

On Friday Bernard Pivot, a celebrated literary critic and journalist who interviewed Matzneff on TV many times, responded to the growing controversy about how Matzneff had been allowed to describe his relationships with teenage girls on literary talkshows without being challenged by the host.

He said: “In the 1970s and 1980s, literature came before morality; today, morality comes before literature. Morally, that’s progress. We’re all more or less the intellectual and moral products of a country and, above all, an era.”