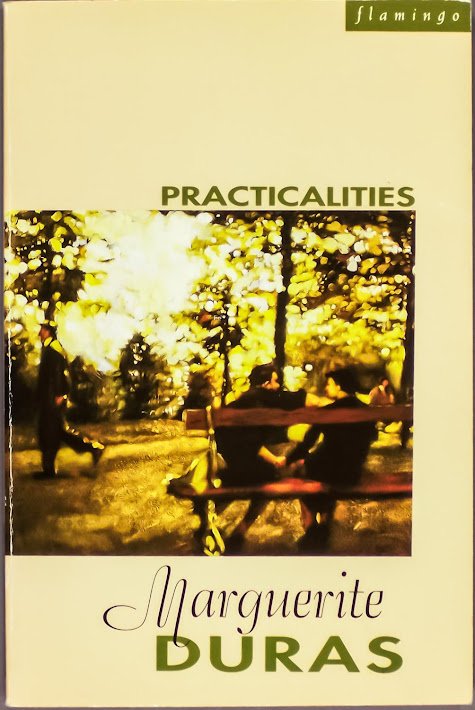 Rob DoyleWhen she was in her early 70s, the French novelist Marguerite Duras spoke to the writer Jérôme Beaujour about a range of subjects and memories that preoccupied her. Her musings were transcribed, Duras edited them and the result is this consistently interesting book of miniature essays, autobiographical fragments and aphoristic reflections. Although Duras insists on the work’s limitations - “At most the book represents what I think sometimes, some days, about some things . . . The book has no beginning or end and it hasn’t got a middle either” – for my money it’s at least as valuable as the fictions that ensured her renown. In a sense, it’s a pity that authors must first prove themselves with the kinds of work – novels and short stories – that we consider the imprimatur of talent, before the publication of books like Practicalities becomes feasible. Relieved of the obligations of narrative and setting, such secondary works offer a more direct intimacy with an author’s consciousness.

Practicalities might have been titled “Marguerite Duras Talks About Whatever Comes Into Her Head”. The sections bear titles by turns prosaic and suggestive: “The telly and death”, “Alcohol”, “Men”, “The pleasures of the 6th arrondissement”, “Hanoi”, “The smell of chemicals”. Duras reflects on her past work – such novels and films as The Lover, Moderato Cantabile and Hiroshima Mon Amour. She writes bluntly about her alcoholism – “What stops you killing yourself when you’re intoxicated out of your mind is the thought that once you’re dead you won’t be able to drink any more” – and voices a provocative vision of the relations between men and women and the murky nature of sexual desire. She recounts a sexual encounter she had with an older boy when she was four years old and another with a much older man on a train to Paris when she was a teenager, while her family were sleeping next to them. While the musings are personal rather than abstract, Practicalities hints at a broader truth: after the youthful romance of creative expression fades, writing is a vocation that makes no easy accommodation with happiness.