Mars by Fritz Zorn / In defense of illness as metaphor 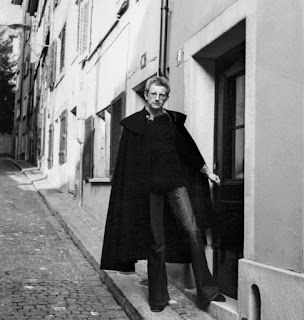 IN DEFENSE OF ILLNESS AS METAPHOR 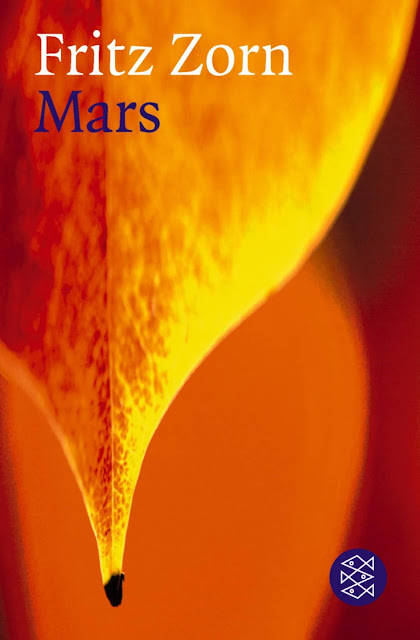 FOR a person to have to face death from malignant lymphoma is a tragedy under any circumstances. For a 32-year-old ''adolescent'' whohas never lived, made love, experienced friendship, achieved success, found comfort or known pleasure, it is a particularly grievous tragedy. ''Mars,'' which was published in Germany in 1977 to some intellectual acclaim, is the autobiographical account of a young Swiss raised on the Gold Coast of Lake Zurich who attempted to find some meaning in his existence by writing candidly about it in the months that preceded his death. In that better world of the cinema, he would have left us an illumination that not only served his purposes but transformed his death into a final bequest for all who are suffering and dying. But life is not the movies, and cancer does not confer acuity or wisdom - only pain, suffering and despair. And Fritz Zorn was singularly untalented. With Fritz Zorn being a pseudonym (meaning ''Angry Fritz'') and the author now dead, a reviewer is released from the normal compassion toward the dying and solicitude toward the innocent.

The first two-thirds of the manuscript is a generalized indictment of Zorn's parents and the affluent Swiss life they imposed on him. It manages to reveal little about his parents' personalities and nothing of the life around him. It is al most perverse in its repetitiveness and tendentiousness. Zorn seems to say, in fact, that the sin of his parents was the imposition of harmony: ''This was a world so harmonious that it is difficult to conceive of such harmony. I grew up in a world so completely harmonious that it would make even the most dyed-in-the-wool harmonist's hair stand on end. The atmosphere in my parents' house was prohibitively harmonious....''

And on and on and on. This whining continues for 143 pages of almost sadistic tedium. Zorn decides that his situation is typical of his country and, more than that, his class: ''I can't imagine that my case is unique. (The Gold Coast is very long, and overpopulated to the bursting point. And I can't imagine, either, that there are many normal people in all those multitudes living on the shores of Lake Zurich.)'' Consequently, he does not condescend to describe much personal experience, and we are consigned to the high plain of platitude.

Instead of presenting feeling, incident and character, he gives us the insights and philosophy of an isolated and protected adolescent. His cliches are embarrassing: ''No one is ready to come right out and say that love is bad; but to go so far as to say unequivocally that love is not only good but also much better than war - that is a truth too bold for middle-class society to handle, a truth that still seems obscene.'' Occasionally, through his anger, we glimpse a person placed in time, in context, in continuity with space and other people, but there is pathetically little of this. The reason may lie in Zorn's mental condition. Though we are told in the book's afterword that ''traditional psychiatry calls this state 'depression,' '' traditional psychiatrists would not call Zorn depressive. They would most likely label him a schizophrenic.

He tells us that he suffers from a ''series of visions'' and describes himself as ''an emotional gelding; I feel no sexual impulses; I can't have sexual feelings for either women or men. I have never had any relationships with women because I can't love them and I can't desire them. ...

''I cannot laugh.... What makes it so oppressive is that I cannot force laughter to happen, either. I can't laugh because laughter simply does not 'happen' in me. ... I have existed physically for 30 years. For the same period of time I've been psychologically dead.''

Schizophrenics characteristically suffer from anhedonia, an absence of feeling that is almost intolerable. They will often burn themselves to break through the terrible living deadness of the anhedonic state. It is no wonder that Zorn seemed almost pleased to have cancer: ''In view of my unfortunate family legacy, getting cancer was by far the cleverest thing I have ever done in my life.''

Toward the end of the book he registers disappointment when the doctors tell him that he does not have cancer but rather a malignant lymphoma, even though the distinction is purely technical. He is defensive and apologetic. His philosophy as well as his anger demands cancer. And what is this philosophy? A version of early Freudianism, which people in this country might laugh at but which is evidently taken seriously in the German-speaking countries, where Freud is only now being discovered.

For instance, Zorn passively observes over time a tumor swelling in his neck, and he says, ''It didn't bother me because it didn't hurt and because I didn't suspect it was anything serious. ... I hit intuitively on the correct diagnosis in regarding the tumor as an accumulation of 'swallowed tears.' ''

In actuality, Zorn ends up more a Reichian than a Freudian: ''Orgasm is the most pure and all-encompassing form of pleasurable release. An equally extreme suppression of vital energy in an organism will produce psychic debilitation and a debilitation of those individual physical organs that do not receive an adequate supply of blood and oxygen. The ultimate result will be cancer.''

And he joins this with what he sees as another major insight: ''I was born under the sign of the Ram, which has to be regarded as the true sign of Mars.... People born under the sign of the Ram and the star of Mars ... need more than anything else ... a target against which they can expend their energies and so define and assert themselves. If a person born under Mars lacks this ... he will turn his natural aggression inward and destroy himself. ...

No dying person need apologize for anything that he does or says in private to relieve the degradation of chronic suffering, or for anything that helps him to accommodate to that which is inconceivable to most of us, the ter mination of ourselves. But why should this be presented to the public at large? Why should this be taken seriously enough to be published? The answer is beyond me. One presumes that such questions would be answered in the after word by Adolf Muschg, who was responsible for finding the original German publisher. But Mr. Muschg seems as puzzled as I am. He compl ains of Zorn's ''totally incomprehensible'' apathy.

He points out that Zorn is a ''man without ties to the outside world,'' and therefore the book is ''autistic in the most extreme sense of the word.'' He admits that the book ''could have gained in power if its author had given more attention to the 'minutiae' of experience, instead of indulging in his eccentric speculations.'' Andfinally, he decries the ''peculiarly tutorial quality in his style.''

How, then, do Mr. Muschg and those who followed him in seeing some redeeming social quality in this untalented work justify its publication? Presumably by the following: ''This young man who is condemned to die is not the victim of some blind fate. He died of us, of our inability, time and again, to be full human beings. ... In a society that is sick unto death, his death is not the exception but the rule. We will continue to die as he did as long as we continue to live as we do. That is the truly devastating message of this book.''

Some alienated intellectuals have a malignant fascination with messages of nihilism, of doom and despair, which evidently comfort and reassure them, suggesting that they are not hollow men, that their personal ennui lies not within them but in the stars, or at least in the decadent culture they presume we all inhabit.

But all of life is not agony, and all of us are not anhedonic or alienated, and even on the Gold Coast there is love as well as fear, and there is communication beside loneliness, and there is pleasure along with pain.

Willard Gaylin, a psychiatrist, is president of the Hastings Center. His new book, ''The Killing of Bonnie Garland: A Question of Justice,'' will be published this spring.
THE NEW YORK TIMES