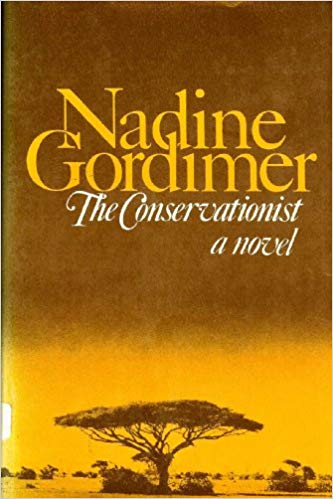 Looking back at the Booker: Nadine Gordimer

The Conservationist's portrait of a dangerous man lent dangerous power by apartheid is great writing, but not brilliant reading

Sam Jordison
Wed 27 Feb 2008
News that there is to be a one-off best of Booker award this year has brought a new edge to this regular blog. For a while at least, it's going to be hard to resist speculation about current relevance and popularity and the laying on of odds - an especially interesting set of concerns when it comes to The Conservationist.
This book might be expected to be a big player. Nadine Gordimer is a writer for whom the award of a Best of Booker prize would be little more than a footnote; one to put in her overflowing display cabinet alongside her 1991 Nobel prize, her appointment as Chevalier de la legion d'honneur and her 15 honorary degrees (including one each from Oxford and Cambridge).
Even so, The Conservationist must be seen as an outsider at best. Arguably because - as a book inextricably tied up with apartheid - it's lost some of its political urgency. Partly because it didn't even win outright in 1974 (it shared the award with Stanley Middleton's Holiday). Mainly because the poll already looks like it's shaping up to be a popularity contest as much as a serious literary competition and it's hard to imagine The Conservationist coming top in anyone's affections. 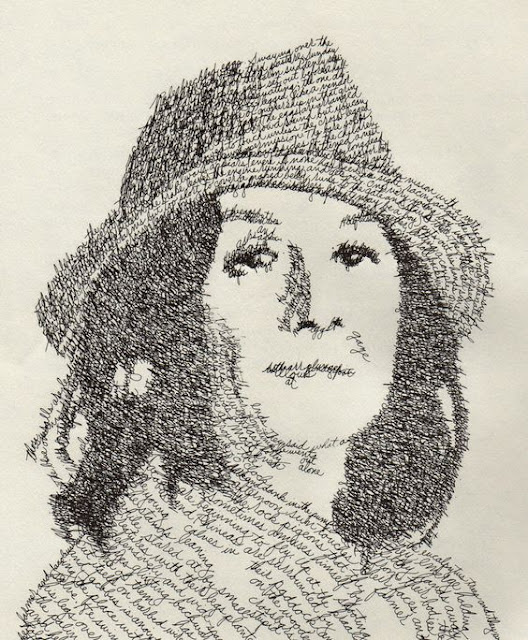 It's a book that demands respect, but is hard to love. I can't imagine I'd vote for it over any of the Booker winners I've read so far. So much of my own interaction with novels is predicated on a fuzzy desire for emotional warmth and entertainment that I simply prefer The Siege Of Krishnapur or even John Berger's G, but that's not a criticism (not of The Conservationist, anyway). Gordimer's book is cold, discomfiting and difficult for very good reasons. One of the most impressive and effective things about it is the growing sense of alienation one must feel to the world it presents and, specifically, its lead character.
This is Mehring, a rich, white South African farmer. The sort of capitalist who imagines he has won his riches and privilege through hard work and ability rather than accidents of birth and injustice. A man with a self-righteous sense of his own worth coupled with a complete inability to understand the human cost of his own wealth. In a sense he is a hopeless figure, stumbling blindly and incomprehendingly through the world, especially on the farm he runs as a tax benefit and imagines as a kind of idyllic rural retreat, but where death, violence and collapse are ever present, just beneath the surface (quite literally in the case of a dead human body, buried early on in a shallow grave). In another sense, this wilful ignorance and arrogance gives Mehring his power and ability to excel, and sets the course towards tragedy - for everyone else.

This double reading is presented by Gordimer with singular concentration and artistry. Every stone on the ground, every step on the way, every gesture and unguarded word is rich with meaning. Her trick is to show us only what Mehring himself encounters, but ensure that we see far more (in the Conradian sense). She presents a world refracted through Mehring's eyes and interpreted in his internal monologues, but our view of it, over the course of the book, changes radically.
He thinks he is a good, generous boss to his farm labourers; we see an oppressor who contemptuously believes he can win friendship with free cigarettes. He imagines himself a careful steward of his farm; we see an unwanted alien, out of tune with the rhythms of the land. He regards himself as an enlightened, intelligent free thinker, too smart to attend the superficial world of drunken parties and clinical sex in the white South African diaspora. We see a loveless, thoughtless bigot and sexual predator.
This double-edged writing constantly jabs at our conscience. Sometimes, it's a matter of just one or two words, dropped casually into conversations, or scattered around visual descriptions. When one white farmer tells a black worker about the actions of another white farmer by referring to him as "this master", the phrase explodes like a bomb. A list of the effects of heavy rains (drop in crime, a picture in the paper of a dog rescued from a storm drain etc), is made awful by the seemingly throwaway detail that black children now go to school wrapped up in super-phosphate fertiliser bags.
The intensity of this writing requires serious concentration, especially when coupled with an impressionistic narrative that skips backwards and forwards over time and situates us right inside Mehring's head - an increasingly unpleasant place to be. It's hard work - but is correspondingly effective.
For all the skill that Gordimer displays, however, there remain occasional infelicities. There are a few clunking coincidences (Mehring reads about the death of a friend immediately after a chance and unusual meeting with his daughter, for instance). There's an unconvincingly narrated sexual encounter on a plane. A few portentous three or four word paragraphs stick out from the smoothness of the rest of the writing like proverbial sore thumbs: "Earth in his mouth." "Safety, solid ground." "Who spoke first?"
Still, such objections are trifling. After reading The Conservationist, it's easy to see why its author would go on to achieve such acclaim, why Seamus Heaney would praise her as a "guerrilla of the imagination" and why she should still be taken seriously today - even if she's unlikely to be judged the Best of the Booker.

Man Booker Prize
1969 Something to Answer For by PH Newby
1970 The Elected Member by Bernice Rubens
1971 In a Free State by VS Naipul
1972 G by John Berger
1973 The Siege of Krishnapur by JG Farrell
1974 Holiday by Stanley Middleton
1974 The Conservationist by Nadine Gordimer
1975 Heat and Dust by Ruth Prawer Jhabvala
1978 The sea, the Sea by Iris Murdoch
1979 Offshore by Penelope Fitzgerald
1980 Rites of Passage by William Golding
1987 Moon Tiger by Penelope Livery
1988 Oscar and Lucinda by Peter Carey
1992 The English Patient by Michael Ondaatje
1996 Last Orders by Graham Swift