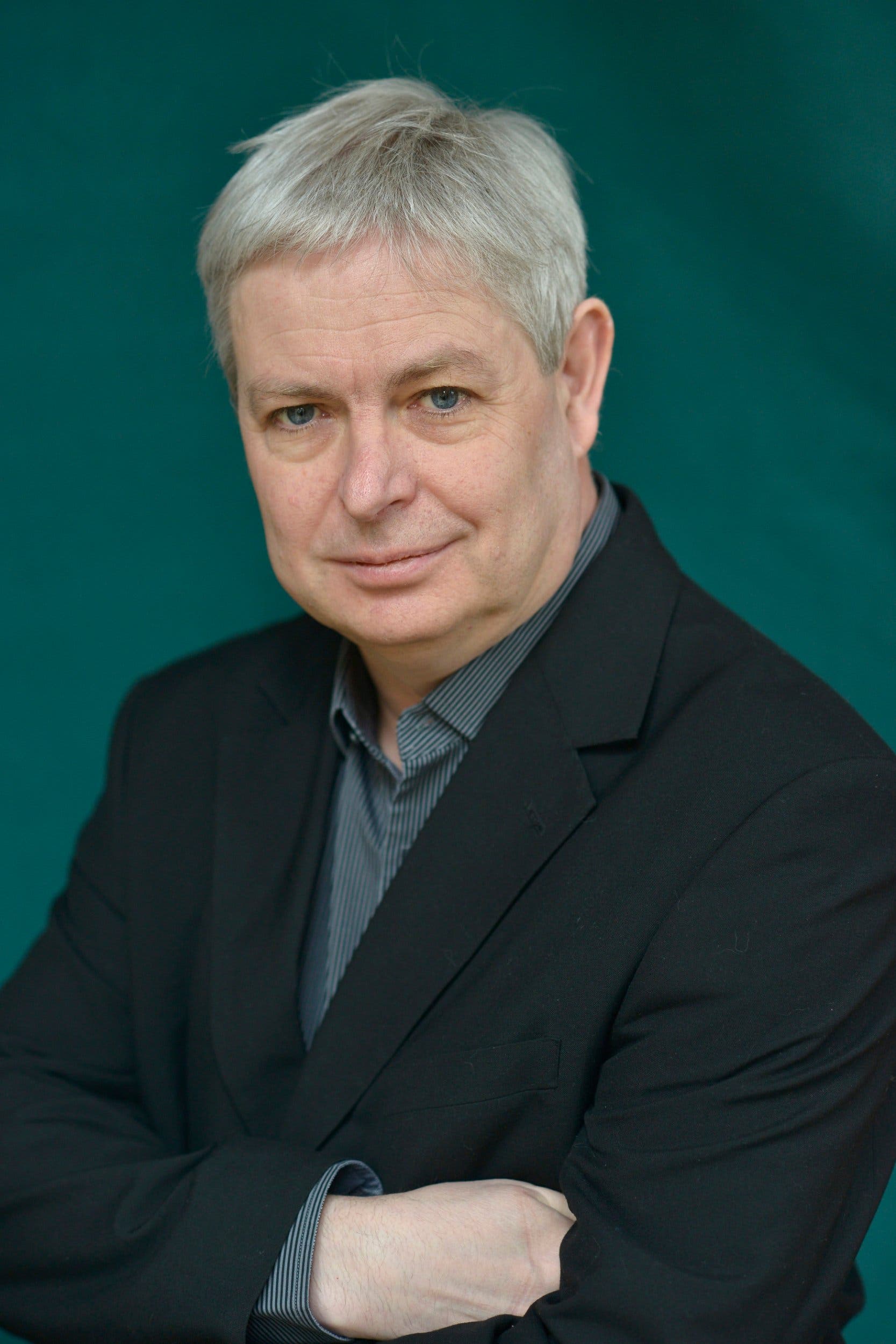 e’re utterly and irredeemably f***ed. It’s all chaos. Everyone’s running around like headless chickens. Nobody has the faintest idea what they’re doing. We’re so f***ed … nobody was expecting this. Nobody was ready for it. Nobody knows what Brexit is.”

These are the words of the Government’s deputy assistant director of communications in Jonathan Coe’s new novel, Middle England. He is, of course fictional, but what he says has roots in reality.

Middle England is a state-of-the-nation novel, blending real events with fiction to compelling effect. After the EU referendum there was a rush to process political events through literature — applying American author and journalist Tom Wolfe’s early-Eighties argument that novels should report societies. He used Vanity Fair and WM Thackeray’s description of 19th-century English society as his model. The wave of Brex-lit, as the Financial Times coined it, appears to be more of a drive by authors who want to understand the new political reality (on the other side, there is utopian fiction for those craving an escape).

Ali Smith’s Seasonal Quartet and Crudo by Olivia Laing both respond directly to fast-paced news cycles; Brexit and Trump. Now there’s also Perfidious Albion, by Sam Byers, a new-media political satire. Notably, all these novels are written by those broadly sympathetic to Remain.

In the US, after Donald Trump’s election, sales of George Orwell’s 1984 soared. People were looking back. Meanwhile, contemporary political culture struggled to keep up with reality. The American version of House of Cards couldn’t compete with the real-life drama in the White House.

What makes Middle England stand out is that it isn’t a knee-jerk response. It goes further back. The story begins in 2010 and takes us up to just after the Brexit vote. It follows a cast of characters through the London riots, the jubilation of the Olympic Games, then to a more divided country, riven by anti-immigration sentiment, with Brexit looming on the horizon. It speaks to the 700,000 people who marched for a People’s Vote this month.

Mary Mount, Coe’s publisher at Viking, says he is “as acutely alert to the absurdity of the political classes, as he is compassionate about those who have been left behind”. That means we get both a wry, topical take on our times and an engaging story.

Coe has a gift for presenting the situation from all sides — the widow living alone as the world changes beyond her recognition who blames her son’s unemployment on foreigners, the Left-wing journalist and his politically “woke” daughter, and the academic who feels powerless as Brexit drives a wedge between herself and her husband.

Benjamin Trotter, from Coe’s 2001 novel The Rotter’s Club, is the anchor. The book begins just after his mother’s funeral — a goodbye to the England he used to know? He is thrown by the EU referendum and doesn’t know what to think. Coe crafts his books carefully — the planning is crucial when he is juggling so many plot strands and disparate characters. He started mapping out Middle England in July 2016, began writing it in May 2017 and finished a year later in May 2018.The drawback to writing about the present is that plans can change. He had the pre-referendum section pretty well mapped out. However, late in 2017, as the rhetoric against Remain MPs got nastier, with talk of “the Brexit mutineers”, he decided he wanted to reflect that. The result was the character Gail Ransome, a Remainer Tory MP.

For anyone left feeling adrift and isolated by politics, Middle England provides solace. It’s not just Westminster politics — Coe addresses the rise in couples seeking marriage counselling as a result of Brexit and people such as Trotter’s father, for whom the referendum is a chance to feel relevant again in a world where they feel obliterated.

There’s a moving section where he insists on going to see the factory where he used to work but is confounded to find it is now a Marks & Spencer. “Where do they make the cars, then?” he asks. It’s a good question.

Coe writes with Twitter open — he has 15,400 followers — and that is reflected in his treatment of the transgender debate. He shows the terrifying speed with which people jump to accuse others of transphobia — and the devastating fallout for people who have made innocent comments.

He also likes writing in public places, where, if you are stuck for an idea, you might pick something up from an overheard conversation.

With the trans plotline, Coe wanted to highlight how difficult polite and reasoned public debate has become in this country — that part of the story is really about how a simple misunderstanding gets amplified and distorted quickly by social media and a culture which is addicted to outrage. A girl named Coriander plays a crucial role in stirring this up.

Coe says the misunderstanding could have been about anything, really — and that he actually dealt with trans issues more specifically, and at greater length, in his novel The House of Sleep. The character Emily Shamma, who is transitioning, is named after a real person. Shamma bid to have a character in the book named after her at an auction for the charity Freedom from Torture in 2016.

Coe says he is “grateful to Emily for making the bid — and for having such an interesting name: I hope she likes what I’ve done with it”.

Brexit and outrage may dominate but Coe finds humanity and humour.

He tells a set of stories, of uncertain romantic relationships and longings to have affairs, of late-flowering ambition, supported by friendship, and of suppressed grief.

It’s funny, too. Mary Mount says: “Middle England is the novel of the present I have been longing to read. If it doesn’t sound like a cliché, it made me laugh a lot and also brought me to the edge of tears.”

Coe has said there are similarities between him and his character, the novelist Benjamin Trotter. He too was born in the Midlands and went to school in Birmingham, then went to Oxford — Coe went to Cambridge then Warwick, to do a PhD in English Literature.

Trotter draws a lot from music and Coe has a playlist of songs that he’s written, which he imagines Trotter’s music would sound like. Coe, aged 57, dedicates the book to his wife, Janine, and his daughters, Matilda and Madeline.

He met Janine when they were both working as proofreaders at a City law firm. They had to read out long legal documents to each other and eventually that led to a date.

Like Trotter, Coe wasn’t an instant success. Nigella Lawson reviewed his first novel, The Accidental Woman, in 1987, and said that “inside this experimental fiction is a straightforward narrative struggling to get out, and underneath all the fey would-be intellectualising lie signs of genuine literary talent”.

It was his fourth novel, What a Carve Up!, that brought him critical success. He wrote it out of political frustration with the Thatcher government.

Writing is a kind of therapy for him, he says he isn’t by nature an activist but still carries the weight of political turmoil. His comments about What a Carve Up! apply to Middle England too. He has wondered about its ability to change things, or whether it will just make people laugh. But at best, they will laugh and feel better about the strange and uncertain times we live in.

Coe is loyal to his characters. Benjamin and Lois Trotter have endured three books now. He says the Middle Englander who he would like to write about again is Coriander, to see where and how she ends up.

Posted by Ficciones at Wednesday, October 31, 2018