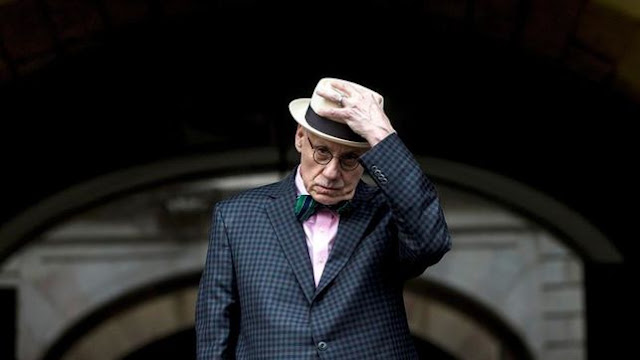 A GREAT NOVELIST
‘My most embarrassing moment? I vomited in a woman’s face in 1969’
Rosanna Greenstreet
Saturday 25 April 2015


B
orn in Los Angeles in 1948, Ellroy was 10 when his mother was murdered. After years of alcoholism, homelessness and some time in prison, he joined AA in 1977. He then wrote crime fiction including the LA Quartet and the Underworld USA trilogy. His latest novel, Perfidia, is out now in paperback. Twice divorced, he lives alone in LA. 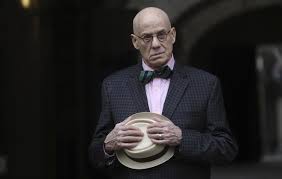 When were you happiest?

Right now. I keep getting happier.


What is your greatest fear?

What is your earliest memory?
Perving on the women in my neighbourhood, age six.

Which living person do you most admire, and why?
My friend Glynn Martin, executive director of the LA Police Museum. He’s a hard-charging, retired anti-terrorist cop.
What is the trait you most deplore in yourself?


What is the trait you most deplore in others?


What was your most embarrassing moment?

What is your most treasured possession?
My will to survive.

What is your screensaver?
I don’t have a computer.
What do you most dislike about your appearance?

I’m bald – and too famous to get a hair transplant.


Who would play you in the film of your life?


What did you want to be when you were growing up?

A pastor or novelist.


What do you owe your parents?


What is the worst thing anyone’s said to you?


That my books are incomprehensible. My reply? “You don’t have the brains to comprehend them.”


What or who is the greatest love of your life?


The sob at the top of your chest breaking free.


Who would you invite to your dream dinner party?


What has been your biggest disappointment?


Not having an 18in schlong.


If you could edit your past, what would you change?


If you could go back in time, where would you go?


LA after the war.


How often do you have sex?


None of yo motherfuckin’ bidness.


What is the closest you’ve come to death?


What single thing would improve the quality of your life?


Getting out of LA.


What song would you like played at your funeral?


No song. The adagio from Beethoven’s Hammerklavier Sonata, played by Emil Gilels.


As a great novelist.


What is the most important lesson life has taught you?


Be properly assertive, be kind. Above all, have faith in God.


Tell us a secret.