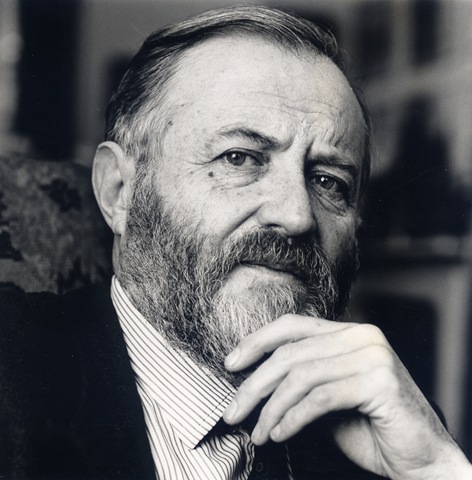 My uncle Teddy died last month and I will miss him enormously. But his death is more than a personal blow.
Teddy was an early pioneer of the green movement. He launched the Ecologist magazine four decades ago, and his Blueprint for Survival was a defining document. It sold in huge numbers, and inspired countless young people to get involved. He helped set up the first green political party - People, which later became the Green party.
Teddy's slogan was "No deserts in Suffolk", and to capture people's attention, he recruited a camel. He lost his deposit, and in a bizarre twist was chased by a paper-waving official who accused him of animal cruelty, citing the effects on the camel of breathing in car fumes. "That's exactly my point," Teddy declared. "Imagine what it's doing to us!"
Today we're all green. But when Teddy started out, he was virtually alone. His was a decision to stand apart from his peers, risk marginalisation and even ridicule. But he never minded. When he was described by an Italian bishop as "the anti-Christ", he was flattered. When President Suharto of Indonesia labelled him an "enemy of the state", he wore it as a badge of honour. The insults went on and on, and he relished them all.
Part of the reason was that he was hard to pigeonhole. In some ways he was conservative; he had huge respect for traditional societies and he hated change. When I introduced glossy paper to the Ecologist, he thought it was outlandish. But he was also radical and courageous. Whenever the Ecologist was sent legal threats, his reaction was always the same: "Bring it on!"
Near the end of his life, Teddy said; "If in some small way I've helped to slow the runaway juggernaut that we've created, or make people aware of it, that has to be a good thing." He did more than that. He was responsible, perhaps more than anyone else, for waking us up from our collective slumber. He will remain a hero of mine, and if we survive the crisis, he will be revered by many, many others.
THE GUARDIAN

My hero / Salman Rushdie by Antonia Fraser
My hero / Lydia Davis by Ali Smith
My hero / René Descartes by James Kelman
My hero / Virgil by Richard Jenkyns
My hero / Graham Greene by Richard Holloway
My hero / P.D. James by Val McDermid
My hero / Louise Bourgeois by Tracey Emin
My hero / Roald Dahl by Michael Rosen
My hero / Alberto Moravia by John Burnside
My hero / Oliver Sacks by Hilary Mantel
My hero / James Salter by Rupert Thomson
My hero / EL Doctorow by Michael Schmidt
My hero / Charles Schulz by Jenny Colgan
My hero / JG Ballard by Will Self
My hero / Jean Rhys by Linda Grant
My hero / Truman Capote's In Cold Blood at 50
My hero / Robin Williams by Anne Fine

Posted by Ficciones at Saturday, September 26, 2009