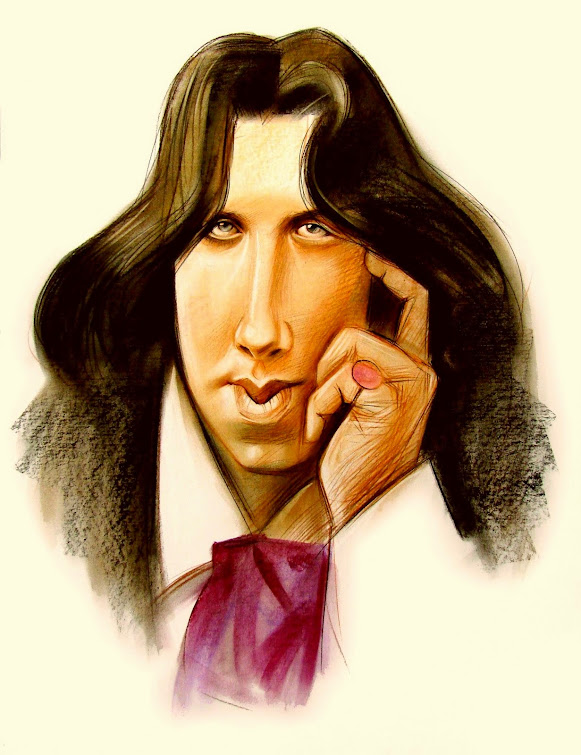 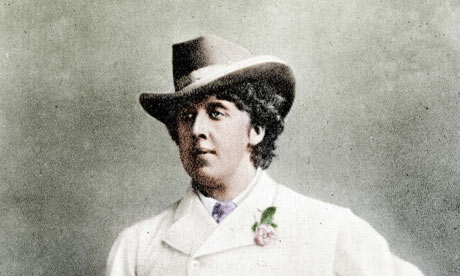 Hand-coloured photograph of Wilde circa 1890. Photograph: Roger Viollet
I first came to Oscar Wilde through reading his Life by Hesketh Pearson. This enthralling biography was first published in 1946, and I read it a few years later when I was in my early teens. It was less the tragedy of Wilde's last years that gripped me than the wit and humanity of the man, his generosity of spirit and radical ideas.
I lived most of my early years with my grandparents. The atmosphere was one of eccentric conventionality. Wilde's startling paradoxes ("Work is the curse of the drinking classes") turned upside down the unthinking clichés I used to hear. The man who claimed that "a map of the world that does not include Utopia is not worth even glancing at" changed my view of the world. Wilde made me laugh, made me think and revealed to me the seriousness of imaginative humour.
What I came to value was the charming way he arrived at deeply unpopular opinions. He upset much of what I had been encouraged to take for granted. I found myself warming to his revolutionary assault on the dictatorship of a political democracy which depended on that "monstrous and ignorant thing called Public Opinion". He was an extraordinarily brave writer. "One is absolutely sickened," he wrote in The Soul of Man Under Socialism, "not by the crimes that the wicked have committed, but by the punishments that the good have inflicted." I think of that whenever I hear the phrase "brought to justice" glibly used in the media.
Wilde's epigrams and ideas float through all his work – his plays, fiction and essays. "Every great man has his disciples and it is always Judas who writes the biography," he said. And perhaps that was no bad thing while a Damocles sword of respectability hung, as Carlyle complained, over the poor English life-writer. Perhaps, too, Wilde had a more lasting influence on me than I realised. "To arrive at what one really believes," he wrote in The Critic as Artist, "one must speak through lips different from one's own." This is no less true for a biographer than for a playwright.

180 Ellsworth Kelly by AM Homes

Posted by Ficciones at Saturday, September 05, 2009