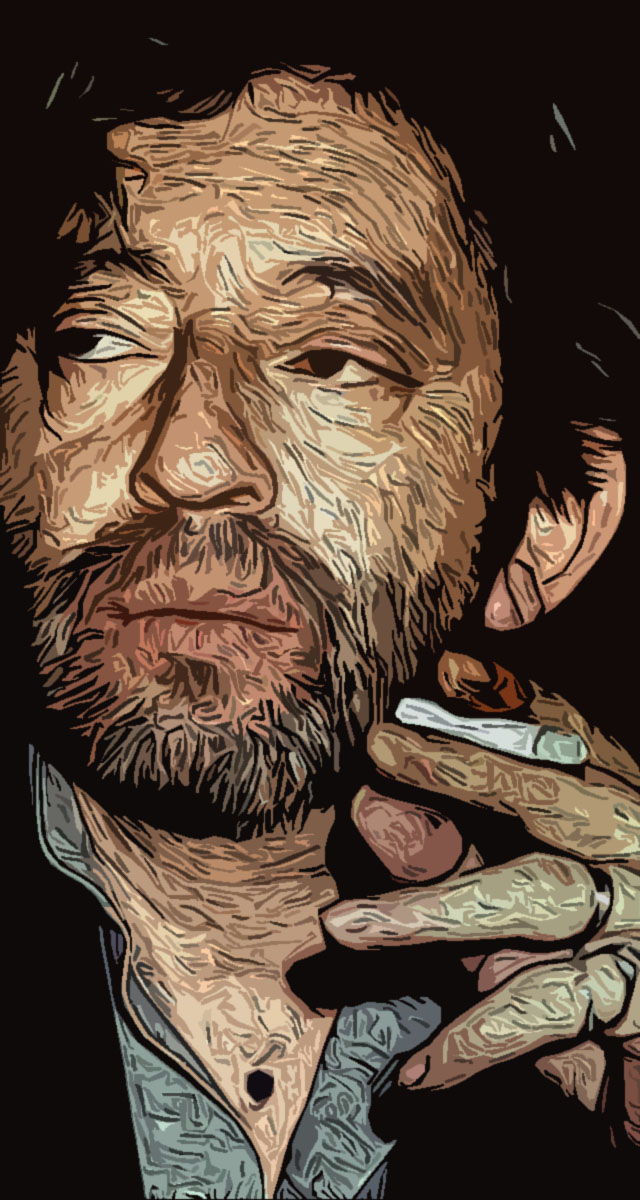 He seemed to be absolutely soaked in sordid sex. The impression that you got from the guy was that he gloried in fetishism, kinks, blatant sexual innuendo and the open discussion and display of the same with a series of frankly gorgeous women who hung off the arm of this dishevelled, scruffily stylish, obviously charismatic, super talented tramp of a man. This is a guy who even made sexual advances toward Whitney Huston…live on TV! He was a scandalous individual. Hated and loved, both at the same time. Talented? Oh, absolutely. He sang, he wrote and arranged songs, directed and acted in film. Was a screenwriter, poet and much more. A terrible man. A wonderful man.

This concept album from 1975 appears to target another sacred cow: Adolf Hitler. 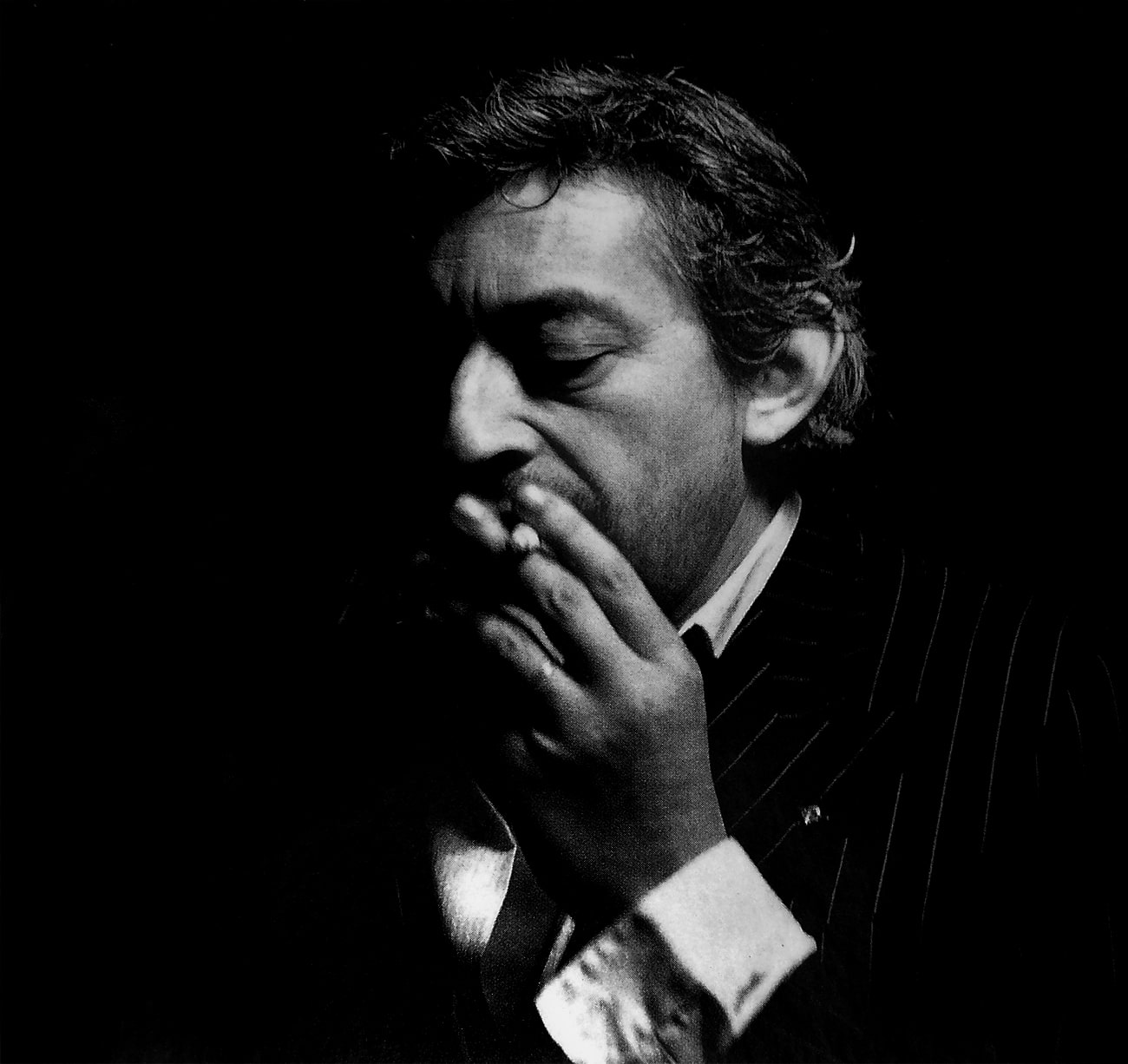 The LP was actually recorded in England with a pretty impressive session band (God knows what they made of the project). What oozes out of the speaker, though, is a pop-biased rock album but with song titles such as Nazi Rock, Eva, S.S. In Uruguay and the wholly poignant Yellow Star (Gainsbourg grew in up 1940’s occupied France and was instructed by the Nazis to wear the Yellow Star as a child. The Jewish Chronicle confirmed that, “…he commissioned a platinum copy of the yellow star from royal jewellers Cartier. On the one hand it was perhaps a type of exorcism but also maybe an acknowledgement of how much the star continued to define him, in his own mind at least.”) 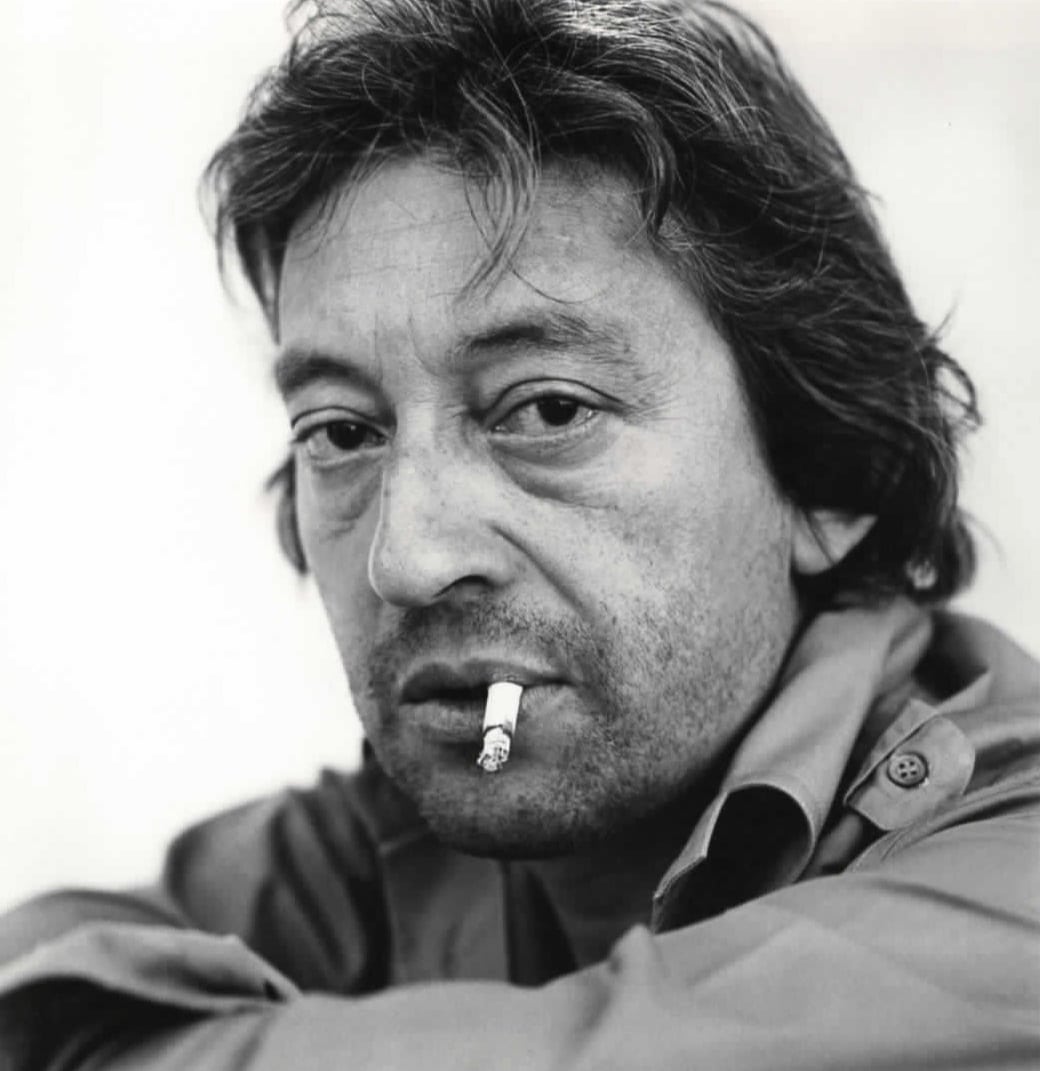 This is an album that seems to be a sort of soundtrack to bad taste. A sort of alternative background noise to the Mel Brooks comedy, The Producers, but it’s more than that. It is packed with a little bit of sarcasm, a lot of satire and too much pain to consider. With a Holocaust background to the LP, the emotional resonance of the swaggering, almost drunken presentation pop of the track, Smoke Gets in Your Eyes, for example, really doesn’t bear thinking about.

The mastering is intriguing with Gainsbourg often providing a close mic performance with his backing singers and band remaining within a much more open and sweepingly wide space. The contrast adds texture and a unique fabric to the presentation.


DRAGON
Beautiful Women / Jane Birkin
Bert Stern / Other Photos
Jane Birkin / This much I know / "I see the best qualities of my three husbands in each of my children"
“Serge Let Me Be His Female Side” / Jane Birkin on Gainsbourg, Varda, Truffaut, and Her Iconic Career
Serge Gainsbourg / He´s not the Messiah. He´s a very naughty boy