Fanny Ardant / ‘I need to love, not to be loved’ 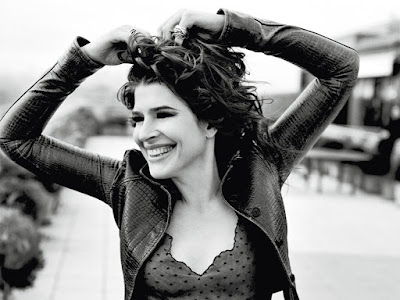 Fanny Ardant
‘I need to love, not to be loved’
French actress receives honorary award in Athens

“You have 20 minutes at your disposal. Fanny has another interview after that and then we are visiting the Acropolis Museum,” said Fanny Ardant’s agent seriously, sticking to his role of journalist “tamer.”

Following a firm handshake, I was left alone in the small Hotel Grande Bretagne suite, wondering whether or not I should open the heavy curtains and let some light in. Before I had time to decide, 66-year-old Fanny Ardant walked in. She looked rather tall and as I took a quick look at her elegant black pumps I realized this was not the result of high heels. 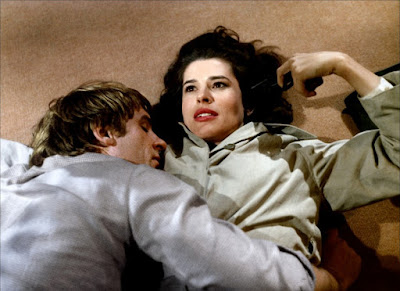 Her hair was straight today, in contrast to the previous evening – when she had appeared on stage at the Onassis Cultural Center to receive an honorary prize announced by the Hellenic Film Academy during the sixth edition of the Hellenic Film Academy Awards on March 30 – and she looked particularly chic clad in a balloon-type, black-and-white skirt and a slightly transparent, black silk shirt. As she sat on a sofa across from me, a warm smile indicated the interview could begin.

Are you pleased to be visiting the Acropolis Museum?

I’m not particularly fond of museums, the idea of getting in line to buy a ticket and then someone telling me to “Move on, please.” We are living in the century of lost beauty. Incapable of producing beauty ourselves, we go looking for it in the past. To be honest, I would rather come across beauty randomly, on the street, whenever I get the chance.

Talking about you, a friend told me that you are the ideal woman. Do you feel like that?

It’s crazy. I don’t feel at all like the ideal woman and I don’t think very highly of myself. When I get a compliment from someone I turn around to see whether or not they are actually talking to someone else.

Does that mean that throughout all these brilliant career years fame has been a big burden?

No, I don’t feel it’s a burden. I enjoy my work, I love cinema, the theater, being an actor. And I love people, although I may come to hate them sometimes.

When do you hate them?

When they become obsessed. I don’t like political parties, I don’t like groups, political correctness, fascism, communism. I love people, each one separately. Sometimes talking and laughing, being afraid together with other people is nice. It’s like a wave. But, generally speaking, I enjoy binary relationships. Because when people get together in groups they stop being individuals.

You traveled to Athens to pick up an honorary award from the Hellenic Film Academy. How familiar are you with today’s Greek cinema?

I would be lying if I said I was very familiar with it. I really enjoyed Panos Koutras’s “Xenia” [which won prizes for best film, director and screenplay at the Hellenic Film Academy Awards] as well as “Strella,” which I believe was directed by him too. From time to time I watch a Greek film, but that is not to say that I have the full picture. I did have a great time at the ceremony, however. I met beautiful people who love cinema and work passionately, whether directors, lighting artists or sound engineers.

They are heroes. Making films during such a major economic crisis is a tough job.

You become more creative when you have nothing to lose. You create art with every part of your brain, soul and energy. You talk about what really matters to you. You go to the heart of the matter. It’s not about making just another film. In times of crisis people crave art, theater, music, cinema. This is why I believe that you Greeks should make your voice sound loud and clear right now, without being afraid. You are quick and intelligent and the entire world is watching you. This is your chance.

Have you ever found yourself in a similar position, of having nothing to lose?

Yes, I have. I stared at my empty hands. I stopped living. But when I found the courage to carry on, I felt liberated. I was not afraid of anything anymore. I felt strong and free.

Your highly successful career comprises major films and collaborations with leading directors – Truffaut, Resnais, Antonioni – and actors. Is there a common thread running through this?

When I read a script and I have to decide whether or not I will accept the part, the most important factor is for me to like the woman I will interpret. I could take on the role of a murderess. I could love this woman very much. But if the woman I’m asked to play is a snob, a narrow-minded person or a conformist, I will turn the role down. Life is too short and if I have to become someone else I must love this person because for two to three months I will be that woman. I need to love, not to be loved.

Your new movie, “Obsessive Rhythms” [the second feature film penned and directed by Ardant], explores the price we pay for love, our life choices. What kind of sacrifices would you be willing to make in your life?

It depends. One sacrifice differs from the next. I would give up everything for my child or my husband in case of illness, for instance. But I wouldn’t be able to love a man – and consequently make sacrifices – who didn’t want me to become a mother. For me that would be the end of love, proof that the man did not love me. Love should not confine you to a box, it has to be a generous act. It should make you feel like the king or the queen of the world.

What would you do if things were not so good?

I would give it all up. It would be really painful to stay in the industry without being able to work on the things I enjoy. I would go away, far away. I have often thought of running a hair salon. A small, local salon whose clients would be everyday women.