A Pursuit Race by Hemingway 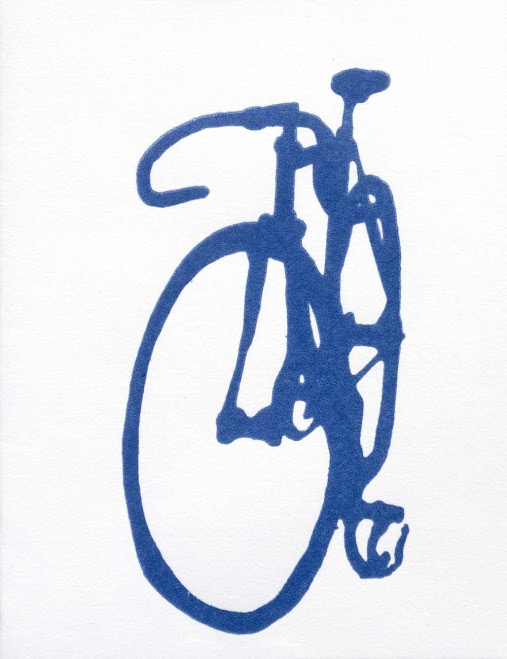 William Campbell had been in a pursuit race with a burlesque show ever since Pittsburgh. In a pursuit race, in bicycle racing, riders start at equal intervals to ride after one another. They ride very fast because the race is usually limited to a short distance and if they slow their riding another rider who maintains his pace will make up the space that separated them equally at the start. As soon as a rider is caught and passed he is out of the race and must get down from his bicycle and leave the track. If none of the riders are caught the winner of the race is the one who has gained the most distance. In most pursuit races, if there are only two riders, one of the riders is caught inside of six miles. The burlesque show caught William Campbell at Kansas City.

William Campbell's interview with Mr. Turner had been a little strange. Mr. Turner had knocked on the door. Campbell had said: "Come in!" When Mr. Turner came into the room he saw clothing on a chair, an open suitcase, the bottle on a chair beside the bed, and some one lying in the bed completely covered by the bed-clothes.

"Oh, yes," William Campbell said, speaking directly against the sheet and feeling the texture with his lips.

"You're a fool," Mr. Turner said. He turned off the electric light. The electric light had been burning all night. It was now ten o'clock in the morning. "You're a drunken fool. When did you get into this town?"

"I'm not being funny. I'm just talking through a sheet."

"You're talking through a sheet all right."

"You know that anyway."

"I know a lot," William Campbell said. He pulled down the sheet and looked at Mr. Turner. "I know enough so I don't mind looking at you at all. Do you want to hear what I know?"

"Good," said William Campbell. "Because really I don't know anything at all. I was just talking." He pulled the sheet up over his face again. "I love it under a sheet," he said. Mr. Turner stood beside the bed. He was a middle-aged man with a large stomach and a bald head and he had many things to do. "You ought to stop off here, Billy, and take a cure," he said. "I'll fix it up if you want to do it."

"How long have you been this way?"

"What a question!" William Campbell breathed in and out through the sheet.

"How long have you been stewed, Billy?"

"Sure. I just asked you how long you've been stewed, Billy."

"I don't know. But I've got my wolf back," he touched the sheet with his tongue. "I've had him for a week."

"The hell you have."

"Oh, yes. My dear wolf. Every time I take a drink he goes outside the room. He can't stand alcohol. The poor little fellow." He moved his tongue round and round on the sheet. "He's a lovely wolf. He's just like he always was." William Campbell shut his eyes and took a deep breath.

"The Keeley," William Campbell said. "It isn't far from London." He shut his eyes and opened them, moving the eyelashes against the sheet. "I just love sheets," he said. He looked at Mr. Turner.

"No." William Campbell held the sheet around his head. "Dear sheet," he said. He breathed against it gently. "Pretty sheet. You love me, don't you, sheet? It's all in the price of the room. Just like in Japan. No," he said. "Listen Billy, dear Sliding Billy, I have a surprise for you. I'm not drunk. I'm hopped to the eyes."

"Take a look." William Campbell pulled up the right sleeve of his pyjama jacket under the sheet, then shoved the right forearm out. "Look at that." On the forearm, from just above the wrist to the elbow, were small blue circles around tiny dark blue punctures. The circles almost touched one another. "That's the new development," William Campbell said. "I drink a little now once in a while, just to drive the wolf out of the room."

"They got a cure for that, 'Sliding Billy'" Turner said.

"No," William Campbell said. "They haven't got a cure for anything."

"You can't just quit like that, Billy," Turner said. He sat on the bed.

"Be careful of my sheet," William Campbell said.

"You can't just quit at your age and take to pumping yourself full of that stuff just because you got in a jam."

"There's a law against it. If that's what you mean."

Billy Campbell caressed the sheet with his lips and his tongue. "Dear sheet," he said. "I can kiss this sheet and see right through it at the same time."

"Cut it out about the sheet. You can't just take to that stuff, Billy."

William Campbell shut his eyes. He was beginning to feel a slight nausea. He knew that this nausea would increase steadily, without there ever being the relief of sickness, until something were done against it. It was at this point that he suggested that Mr. Turner have a drink. Mr. Turner declined. William Campbell took a drink from the bottle. It was a temporary measure. Mr. Turner watched him. Mr. Turner had been in this room much longer than he should have been, he had many things to do; although living in daily association with people who used drugs, he had a horror of drugs, and he was very fond of William Campbell; he did not wish to leave him. He was very sorry for him and he felt a cure might help. He knew there were good cures in Kansas City. But he had to go. He stood up.

"Yes, what?" William Campbell looked at him.

"No," said William Campbell. "I wasn't saying. It must have been a mistake."

"You were saying about sliding."

"No. It couldn't have been about sliding. But listen, Billy, and I'll tell you a secret. Stick to sheets, Billy. Keep away from women and horses and, and--" he stopped "--eagles, Billy. If you love horses you'll get horse-s--, and if you love eagles you'll get eagle-s--." He stopped and put his head under the sheet.

"About horses and eagles."

"Oh, yes. And if you love sheets." He breathed on the sheet and stroked his nose against it. "I don't know about sheets," he said. "I just started to love this sheet."

"That's all right," William Campbell said. "Everybody's got to go."

"Are you all right, Billy?"

"I was never so happy in my life."

"I'm fine. You go along. I'll just lie here for a little while. Around noon I'll get up."