“I shall never do what I might have done.”

From a letter to his brother. Van Gogh had worked as an art dealer in France, a teacher in England, and a missionary in Belgium before discovering his talents as an artist in 1880. His experiment in communal living with Paul Gauguin in Arles ended with the loss of his right earlobe and his admittance to a nearby sanitarium, where he painted Starry Night. He shot himself at the age of thirty-seven in 1890.

My dear Theo,
Life passes, time does not return, but I am dead set on my work, just for the very reason that I know the opportunities of working do not return.
Especially in my case, in which a more violent attack may destroy forever my ability to paint.
During the attacks I feel a coward before the pain and suffering—more of a coward than I ought, and it is perhaps this very moral cowardice which, while formerly I had no desire to get better, makes me now eat like two, work hard, limit myself in my relations with the other patients for fear of a relapse—altogether I am now trying to recover like a man who has meant to commit suicide and, finding the water too cold, tries to regain the bank.
My dear brother, you know that I came to the south and threw myself into my work for a thousand reasons. Wishing to see a different light, thinking that to look at nature under a brighter sky might give us a better idea of the Japanese way of feeling and drawing. Wishing also to see this stronger sun, because one feels that without knowing it one could not understand the pictures of Eugène Delacroix from the point of view of execution and technique, and because one feels that the colors of the prism are veiled in the mist of the North.
My work is going very well, I am finding things that I have sought in vain for years, and feeling that, I am always thinking of that saying of Delacroix’s that you know—that he discovered painting when he no longer had either breath or teeth. 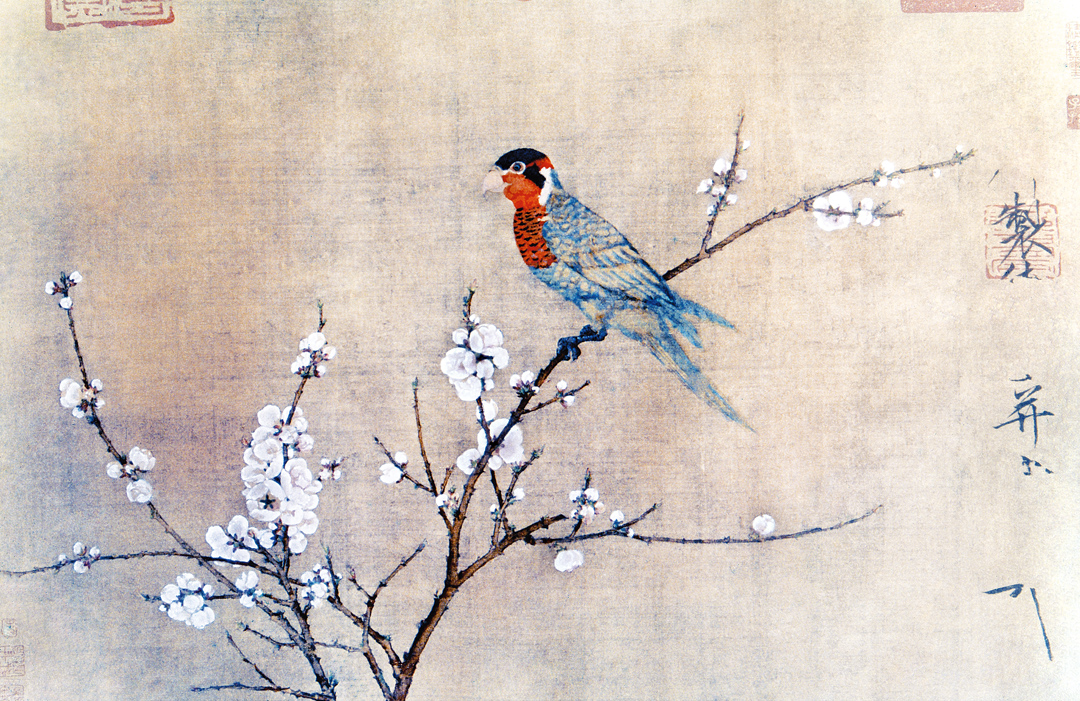 Well, with this mental disease I have, I think of the many other artists suffering mentally, and I tell myself that this does not prevent one from exercising the painter’s profession as if nothing was amiss.
When I realize that here the attacks tend to take an absurd religious turn, I should almost venture to think that this even necessitates a return to the North. Do not talk too much about this to the doctor when you see him—but I do not know if this does not come from living for so many months, both in the Arles hospital and here, in these old cloisters. In fact, I really must not live in such an atmos­phere, one would be better off in the street. I am not indifferent, and even during the suffering, religious thoughts sometimes bring me great consolation. Thus this last time during my illness a misfortune happened to me—that lithograph of Delacroix’s, the Pietà, together with some other sheets, fell into some oil and paint and was ruined.
I reproach myself for my cowardice; I ought rather to have defended my studio, even if it meant fighting with the police and the neighbors. Others in my place would have used a revolver, and certainly if as an artist one had killed some rotters like that, one would have been acquitted. I should have done so, and as it is I have been cowardly and drunk.
Ill as well, yet I have not been brave. Then face to face with the suffering of these attacks I feel very frightened too, and I do not know if my zeal is anything different from what I said, it is like someone who meant to commit suicide and finding the water too cold, struggles to regain the bank.
Do not fret in any case—my work goes well and look here, I can’t tell you how it rekindles me to tell you sometimes how I am going to do this or that, cornfields, etc. I have done the portrait of the warder, and I have a duplicate of it for you. This makes a rather curious contrast with the self-portrait I have done, in which the look is vague and veiled, while he has something military in his small, quick black eyes.
I have made him a present of it, and I shall do his wife too if she is willing to sit. She is a faded woman, an unhappy, resigned creature of small account, so insignificant that I have a great desire to paint that blade of dusty grass. I have talked to her sometimes when I was doing some olive trees behind their little house, and she told me then that she did not believe that I was ill—and indeed you would say as much yourself now if you saw me working, my brain so clear and my fingers so sure, that I have drawn that Pietà by Delacroix without taking a single measurement, and yet there are those four hands and arms in the foreground in it—gestures and torsions of the body not exactly easy or simple.
I beg you, send me the canvas soon if it is possible, and then I think that I shall need ten more tubes of zinc white. All the same, I know well that healing comes—if one is brave—from within, through profound resignation to suffering and death, through the surrender of your own will and of your self-love. But that is no use to me—I love to paint, to see people and things and everything that makes our life—artificial—if you like. Yes, real life would be a different thing, but I do not think I belong to that category of souls who are ready to live and also ready at any moment to suffer.What a queer thing touch is, the stroke of the brush.
In the open air, exposed to wind, to sun, to the curiosity of people, you work as you can, you fill your canvas anyhow. Then, however, you catch the real and the essential—that is the most difficult. But when after a time you take up this study again and arrange your brush strokes in the direction of the objects—certainly it is more harmonious and pleasant to look at, and you add whatever you have of serenity and cheerfulness.
Ah, I shall never be able to convey my impressions of some faces that I have seen here. Certainly this is the road on which there is something new, the road to the south, but men of the north have difficulty in penetrating it. And already I can see myself in the future, when I shall have had some success, regretting my solitude and my wretchedness here, when I saw between the iron bars of the cell the reaper in the field below. Misfortune is good for something.
To succeed, to have lasting prosperity, you must have a temperament different from mine; I shall never do what I might have done.

Posted by Ficciones at Wednesday, November 11, 2020