Jack Vettriano / I paint the things closest to me... women

Jack Vettriano: I paint the things closest to me.. women

Britain's most popular artist is not a man to court headlines.

You won't find him drunkenly arguing on TV arts shows a la Tracey Emin, shoving dead animals into formaldehyde like Damien Hirst, or inviting us, as Antony Gormley did, to pose beneath the pigeons on a plinth in Trafalgar Square.

Though his paintings are loved the world over, pull in six-figure prices and are bought by VIPs such as Madonna, Sir Alex Ferguson and Sir Jackie Stewart, there is no way he will be short-listed for the Turner Prize. 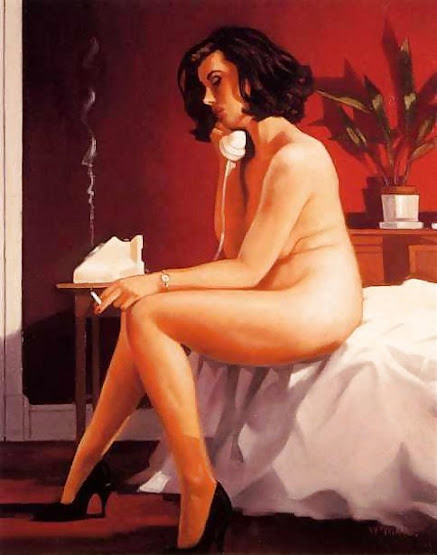 His name? Jack Vettriano. None the wiser? No surprise. He's hardly a front-page sensation.

But you'll definitely know his work.

That's because Jack Vettriano paints pictures that appeal to ordinary people. The Singing Butler is his best-known piece, a painting of a couple in evening dress dancing on a wind-swept beach, with maid and butler holding umbrellas for them. 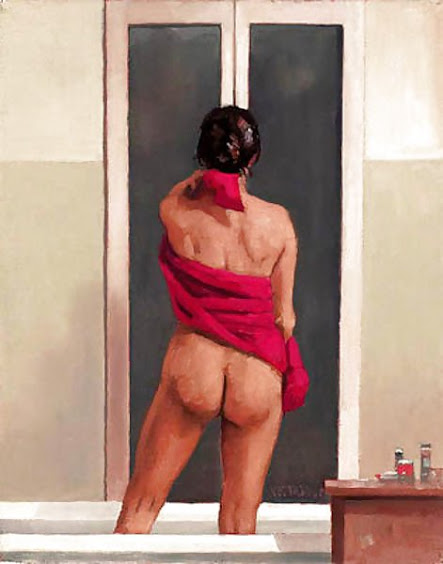 It's the best-selling print in Europe, more popular than Monet's Waterlilies. You see reproductions everywhere: on the walls of bars, gracing greetings cards and calendars, hanging above fireplaces. When the original sold at auction in 2004, it made £744,500.

Why is it so popular? Well, it's extremely romantic, a snapshot of a love affair or a scene from an old movie. "And that's because I'm a romantic," says Vettriano. "Look at my glasses! They're rose-tinted!" They are, too. They make his world look good; and he looks good in them. Smoking a cigarette outside Heartbreak, a Central London gallery in which he has a stake, Vettriano cuts a striking figure. 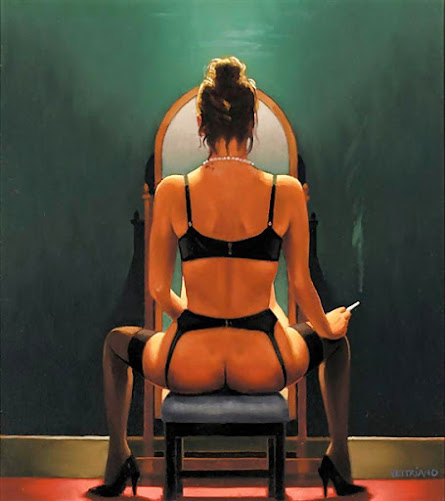 Stylish, in his skinny tie and nicely cut coat, his greying hair short and slightly punky, he doesn't look his age of 58, though he's conscious of it. "I'm very wary of that pervy older man thing... " he says, wrinkling his brow. Why would Vettriano worry about being seen as pervy? Because many of his pictures are sexy: saucy ladies wrapped in lingerie and high heels, or a passionate couple clinching in a hotel.

"Pornography is huge, soap operas are huge, we all love to watch other people. And sex is far more powerful than we give it credit for."

Vettriano was born into a working class family in Methil, Fife, the son of a miner, he left school at 16 to learn a trade. He became a mechanical engineer, "the worst one in Scotland", so when his girlfriend bought him a box of watercolours for his 21st birthday, he decided to follow his dream.

Off he went to London, believing that someone would just discover his talent: he ended up as a trainee chef. Every weekend he went to a different gallery to look at art, and he painted whenever he could - but after three months, he'd had enough and returned, tail between his legs, to Fife. 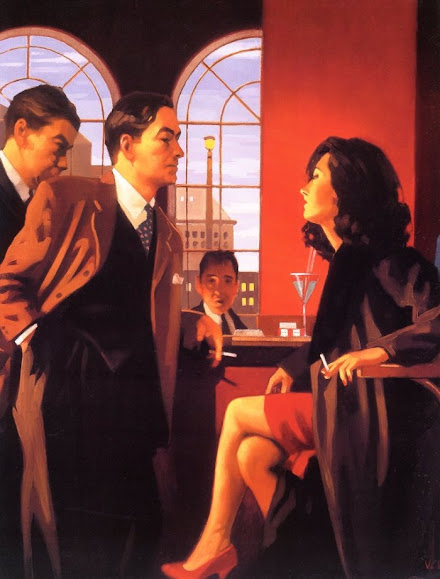 A series of jobs followed - shoe shop manager, bar manager, engineer - whilst he kept plugging away at painting in his spare time.

Entirely self-taught, Vettriano simply copied artists he admired, like Caravaggio, Van Gogh, Degas and Monet. For 17 years, he bashed away under his real name, Jack Hoggan (one recently came up on Antiques Roadshow: it was valued at £20,000). They were popular, but after splitting with his wife, at the age of 38, Vettriano decided to branch out. "I started to analyse the break-up of my marriage, the betrayal and the sex, and I thought, 'Why don't I paint the things that are closest to me? Women'." 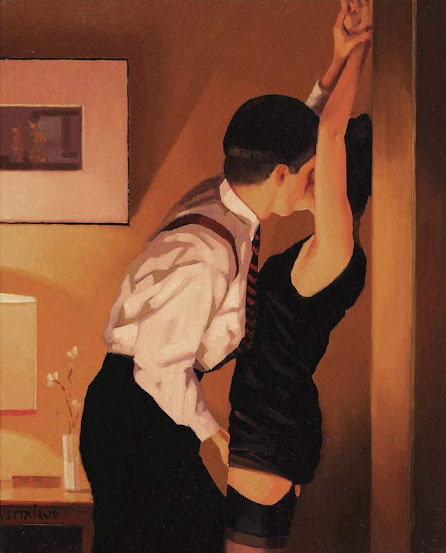 Using a version of his mother's maiden name, Vettrino, Jack Vettriano finally found the confidence to paint what he wanted. Today, he always works in the same way: he thinks of a scene that he'd like to paint, then sets it up as a photograph, takes a snap and uses it as a guide. His models are usually women he knows, often girlfriends; though he has been known to use prostitutes as mannequins and sometimes he approaches women he sees on the street. 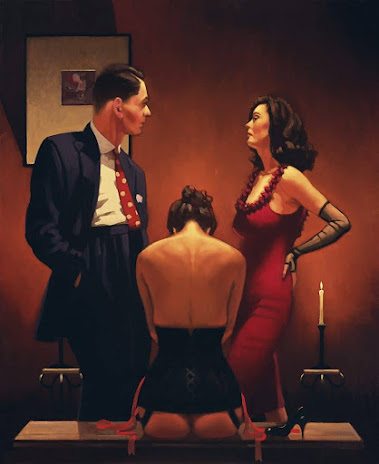 Still, that doesn't stop you owning your own Vettriano. His print sales are immense: he was one of the first artists to really understand that we all want nice images to hang on our walls.

He has been sneered at for licensing his work so freely; he doesn't care. "What would Monet or Van Gogh have done if someone had said to them, 'We've got the power to take your art and reproduce it very cheaply for ordinary people?' They would have loved it. Art is for everybody. Also, I own the copyright to my images for 75 years after I'm dead. And I don't want the money then - I want it now." 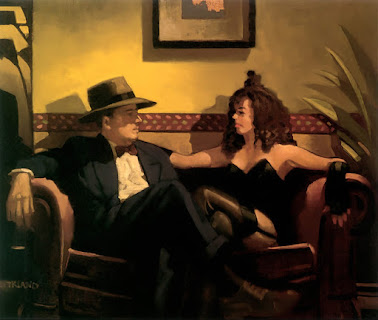 That isn't keeping Vettriano awake at night. Nor is his love-life: he's currently single, after two relationships in the past six years.

"Whenever someone stays for longer than two days, I get cabin fever. But anyway," he smiles. "Can you say that I'm looking? Maybe you could point out that I love going shoe shopping with women.

"One time, I was in Harvey Nichols with a girlfriend and she was trying on all these high heels. At the same time, JK Rowling was there, and she's a goodlooking woman, and she was trying on heels as well." He shakes his head, lost in the memory.Perhaps creating another image that could end up as a romantic painting...

Exclusive to Mirror readers: 20% discount on all purchases from www.heartbreakpublishing.com