Jack Vettriano / The Marmite of the Art World? 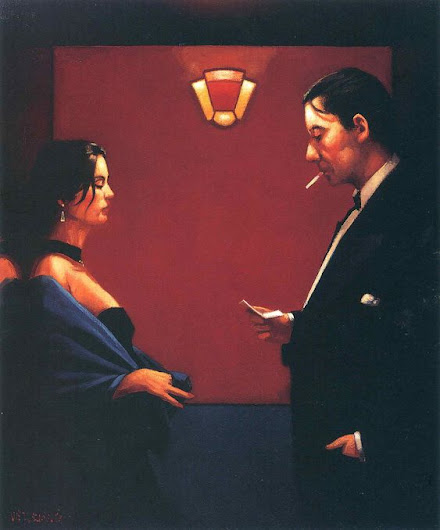 Jack Vettriano
The Marmite of the Art World?
A Retrospective
Reviewed by David Blane

As a young man, Jack Hoggan (as he was then) would fabricate excuses for leaving work to visit Kelvingrove and be inspired by great art like Dali’s Christ of St John of the Cross, and works by the Impressionists and the Glasgow Boys. It is fitting that this major exhibition of his work, the first in Scotland outside of his native Fife, should bring him back to Kelvingrove some 30 years later.

Much has been said and written about Jack Vettriano OBE, one of only a handful of contemporary artists whose work is known worldwide: his working class background, leaving school at 16, teaching himself to paint using materials gifted from his grandfather (whose surname he later adopted) and from a girlfriend when he was 21, his rejection by Edinburgh College of Art, and then his meteoric rise to become one of the very few millionaire artists in the world, much to the disgust of the Scottish Art Establishment. Dubbed ‘The People’s Painter’, Vettriano is both loved (by his many fans) and loathed (by his fiercest critics). ‘Be careful when you look at a Vettriano — you will see what you want to see. The pictures will tell you as much about yourself as they do about the artist and his figures.’

As well as its characteristic style (1930s and 1940s scenes featuring glamorous brunettes in red dresses, set against beaches, bars, and bedrooms), the hallmark of Vettriano’s work is its engaging narrative quality, often described as ‘cinematic’. In his own words, the exhibition features a number of video interviews with Vettriano and quotes appear on the walls throughout:

‘With Martin Scorcese you get a movie, with me you get one image, and you build the movie around that, any which way you choose’.