My hero / My father John Gross by Philip Gross 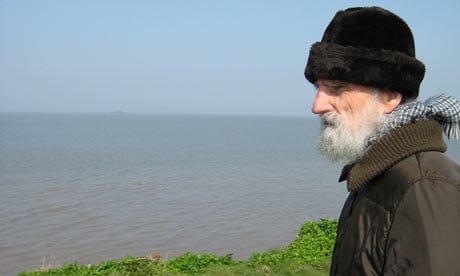 My hero, my father John Gross, by Philip Gross

H
ere's an old man, older than he ever reckoned to be. He doesn't look much like a hero – hair and beard a bit unkempt, and you can tell his eyesight's not up to the job of catching a food stain here and there. But he's got his walking stick and his eccentric beret, and he strides through the backstreets, rain or shine. Don't ask him where he's going; he'll just see your lips moving, your look of slight impatience or concern . . . because his hearing has crumbled, from the top registers downwards: birdsong went first; now there's mainly the confusing growl of traffic. Bang a car door and he'll startle, as if it's a gunshot. For him that isn't a figure of speech; 65 years ago he was ducking and weaving his way across Europe in the awful closing movements of the war.


But that's another story, one he won't tell now, because words have deserted him – the three or four languages he had at his command gone with a series of small strokes, the attrition of age, aphasia . . . Can you imagine: cut off from the sound of human voices, and from your own voice? You can read just, inch by inch, up close, and your fine motor control isn't up to more than two or three words before it goes haywire.
Now, look up. Address the world fairly in whatever phonemes you can muster. Put a bold foot forward. In the words of early Quaker George Fox, "Walk cheerfully over the world . . ."
We have never been a family for filial piety, still less for hero-worship. I have no idea whether he was a brave man in that war, or simply human. But looking at my father now, the way he bears his old age . . . I call that a bit heroic.
THE GUARDIAN