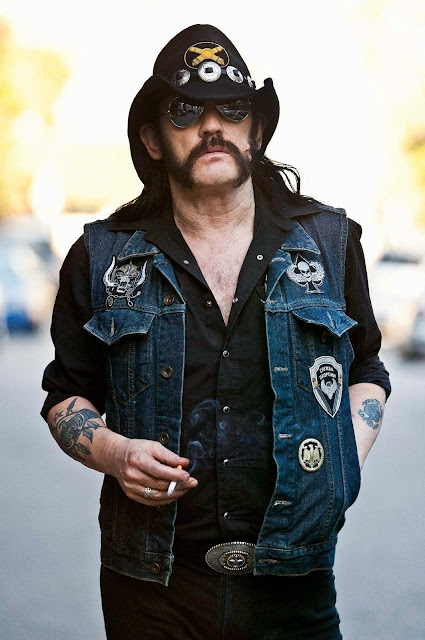 The band announced on their Facebook page that Lemmy learned of the disease on 26 December, and was at home when he died.
Lemmy, born Ian Fraser Kilmister, formed Motörhead in 1975 and was its only constant member, as singer and bassist. The band released 23 studio albums and are best known for their 1980 single Ace of Spades.


Tributes poured in for the heavy metal giant, with Ozzy Osbourne tweeting: “Lost one of my best friends, Lemmy, today. He will be sadly missed. He was a warrior and a legend. I will see you on the other side.”
Former Motörhead drummer Phil “Philthy Animal” Taylor died aged 61 in November. “Fast” Eddie Clarke, who becomes the last surviving member of the band’s most famous lineup, wrote on Facebook: “I have just been told that Lemmy has passed away in LA. Like Phil, he was like a brother to me. I am devastated. We did so much together, the three of us.
“The world seems a really empty place right now. I am having trouble finding the words … He will live on in our hearts. RIP Lemmy!”
Lemmy’s public struggles with illness intensified in recent years. The singer underwent surgery to have an implantable defibrillator placed in his chest in 2013, and has cancelled shows in recent years due to exhaustion and a haematoma.
The band had been scheduled to tour the UK and France in early 2016.
Lemmy was born in Burslem, Staffordshire, on Christmas Eve in 1945. His musical career began in the early 1960s and he was, for a time, a roadie for Jimi Hendrix. He played in several rock bands, including the Rockin’ Vickers, Sam Gopal and Hawkwind, before founding Motörhead (originally named Bastard).
He wrote in his autobiography, White Line Fever, that he had been fired from Hawkwind for “doing the wrong drugs”.
Motörhead’s loud, fast style was a pioneering force in heavy metal. Lemmy’s vocal growl and aggressive bass playing has been emulated by countless other bands, but the singer joked that he largely learned on the job, telling Spin in 2012 that “the volume’s loud so nobody really notices that much”.
The band’s highest-rating record was the live album No Sleep ’Til Hammersmith, which peaked at number one on the UK album charts – a testament to the band’s crushing onstage performances.
Other highlights from Motörhead’s extensive discography include their second and third albums, Overkill and Bomber, both recorded in 1979, and several high-rating singles in the early 1980s. The Ace of Spades album reached number four in the UK charts, and the single number 15.


The band’s early years are credited with laying the ground for thrash and speed metal, but Lemmy consistently refused to categorise their music as either punk or metal, often playing to audiences of both genres.
Despite the band’s success, Lemmy said in interviews over the years that he had made more money from writing Osbourne’s 1991 hit Mama I’m Coming Home than from the entire Motörhead catalogue.
He told the Guardian earlier this year: “I didn’t really want to be in the lifestyle without the music. And I didn’t want to be in the music without the lifestyle.”
Among those to pay tribute to Lemmy after his death was announced were Megadeth founder Dave Mustaine, Gene Simmons, the Kiss frontman, and Motley Crue’s Vince Neil and Nikki Sixx, and rapper Ice T.
Bernie Marsden of Whitesnake tweeted: “Spent many a evening chatting with him, especially about Hendrix! A great man. RIP x.”
James Kottak of the Scorpions said Lemmy was “a true friend … the real deal … RIP you will rock & roll forever”.
Geezer Butler, founding bassist of Black Sabbath, said: “Very sad to hear of Lemmy’s passing. We’ve lost a true, true legend. RIP.”
British music journalist Mark Beech tweeted that Lemmy had told him: “I will be killed by death. I might be killed by too much booze, women or music, but it’s not a bad way to die.”

Lemmy, lead singer of Motörhead, dies at 70
Lemmy / 10 of the best
Lemmy / Apparently I am Indestructible
Obituaries / Lemmy
Mikkey Dee / Motörhead is over, of course