Now it can be told: the amazing truth behind the Latin American literary giants' legendary ding-dong. 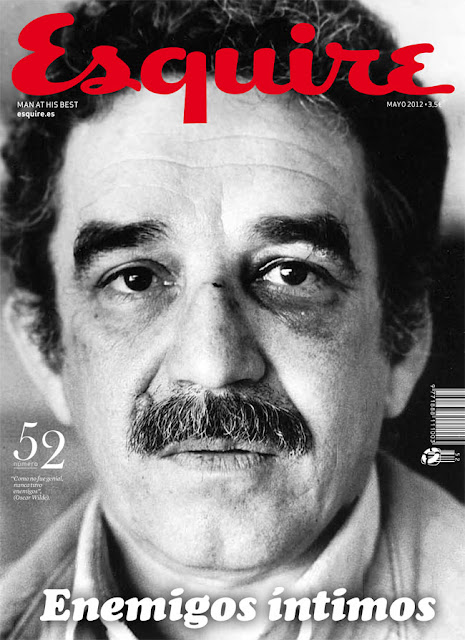 It is 31 years since Mario Vargas Llosa punched Gabriel García Márquez in the face. It happened like this. "Mario!" exclaimed Márquez happily on seeing his old literary chum after a film premiere in Mexico City. He marched towards the Peruvian, arms outstretched as if for an embrace. "How dare you come and greet me after what you did to Patricia in Barcelona!" Vargas Llosa reportedly shouted and decked the Colombian with a right hook. Mexican writers ran around looking for steaks to put on the Colombian's eye. Patricia, it turns out, was Mario's wife.

The two men have reportedly never spoken since. So began one of thegreatest rows in literary history, right up there with the Gore Vidal-Truman Capote feud (in which Vidal suggested Capote had "raised lying into an art - a minor art". Capote retorted: "Of course, I'm always sad about Gore. Very sad that he has to breathe every day.")

But the details of what Mario said to Gabriel in Mexico City that emerged earlier this week beg more questions than they answer. What happened in Barcelona? What did Gabriel do to Patricia? Did Patricia like it? And what about the mystery Swedish woman? How does she fit into the story? Why didn't Márquez duck in Mexico City? How could Gabriel not know Mario was angry? Why didn't Gabriel hit Mario back? After all, Peruvian novelists punch like girls, don't they?
The only way to answer these questions, so long shrouded in mystery, is to go back to a Barcelona bedroom one morning in the early 1970s. Picture the scene. Patricia Vargas Llosa has just got out of bed. Oh how she misses her homeland! Whichever homeland it is! She sees a letter on the dressing table, written in pink lipstick. (Fun fact: Mario Vargas Llosa wrote everything in pink lipstick. He used to take suitcases of the stuff through customs. Which got some funny looks from customs officials in the more macho countries to which he travelled).
The note reads: "Patricia, when you read this I will be gone. I am leaving you for a Swedish woman. No, she is not Anita Ekberg, but her embonpoint is indeed ample! Be good to the children whose names, for the moment, I forget. I am delirious with love! Farewell, my dear, farewell!"
Patricia is furious. She runs into the street, holding the letter aloft and shouting: "Vendetta! Vendetta! Kill all Swedes! And also some Peruvians!" Her mascara runs like watercolours in the rain, like the blood of the Peruvian people under centuries of crypto-fascist oppression.
Just then Gabriel García Márquez comes round the corner. "My dear Patricia! Why're you crying, baby? Let's go back to my apartment and turn that frown upside down." He walks three steps behind her, admiring the sashay of her ample derriere, stroking his moustache and saying: "Yes, oh yes."


At Márquez's apartment, Gabriel's wife has already heard the news. "Leave him! These Peruvian men are all the same. They punch like girls and lose their heads over Anita Ekberg clones." "Yes, you must divorce him and come to live with us in a lovely ménage," says Gabriel. "I am working on a novel about just such a ménage, you see." He strokes his moustache in a rather lurid fashion.
"You make me sick. Ménage? As research for a novel? I have never been so insulted! Actually, I have but that is irrelevant right now!" Patricia runs into the street, shouting: "Vendetta! Vendetta! Kill the Colombians!"
She goes back to her bedroom. Mario Vargas Llosa is sitting on the end of the bed, face covered with lipstick kisses. "Ah Patricia. The ample embonpoint of the Swedish strumpet who temporarily captured my heart proves to have been fictional. She has lips that are so big, so coarse! Let us be reunited and live together in bliss with our children - Mario, Maria and the others whose names I forget."
Patricia exclaims: "I love you Mario! But your novels are so very long! And, as a result, you use so much lipstick it makes me sick! Now you must defend my honour that has been defiled by your Colombian friend whose novels are also very long."
Mario gets so angry he breaks a lipstick clean in two which makes Patricia roll her eyes. They embrace. Mario looks over her shoulder into the dressing table mirror, and winks at his reflection. They make love. Later Mario writes in pink lipstick some resolutions.
1. Write short novel. 2. Punch Márquez in the face. 3. Get the jump on him with a sucker punch - don't forget you are Peruvian and you punch like a girl. But if you hit him first, he will be so surprised he won't get up. Clever, eh? 4. Become Peruvian president. 5. Ship this mirror to Lima so you don't forget your resolutions. 6. Stop writing in lipstick.
Today, we know that Mario Vargas Llosa only adhered to that second and third of these resolutions. If only he had remembered point 5. But he didn't. This is why he still writes in lipstick and didn't win the Peruvian presidential election. True story.