Boccaccio / A brief survey of the short story

A brief survey of the short story part 31:

The 100 stories of his Decameron, moving through a wild array of moods and subjects, were a watershed in European literature and continue to inspire nearly seven centuries on

Giovanni Boccaccio's Decameron ("Ten Days") is one of the most influential collections of short stories in European literature. To the preeminent 19th-century literary critic Francesco De Sanctis it was a "Human Comedy" to stand beside Dante's divine one. It introduced an array of literary innovations, and has provided material and inspiration for writers from Chaucer, Rabelais and Shakespeare to Keats, Molière and Mann.
In 1348 the Black Death claimed between two-thirds and three-quarters of the population of Florence. It's uncertain whether Boccaccio witnessed the plague firsthand, but the account of it with which he begins the Decameron (written at some point between 1348 and 1360) powerfully captures an atmosphere of death and disorder, as traditions and institutions collapsed into anarchy. "In the face of its onrush," he writes, "all the wisdom and ingenuity of man were unavailing." 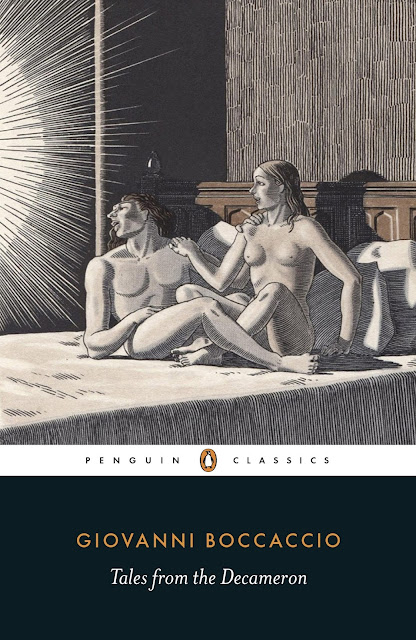 Against this backdrop Boccaccio gathers 10 young Florentines – seven women and three men – who retire to the countryside until the plague passes. For entertainment they tell stories every day (Fridays and Saturdays excepted) for two weeks, each day having its king or queen who chooses the day's theme. Rustic and idyllic, the frame within which the Decameron's 100 stories play out is suggestively prelapsarian, a zone in which the dying world is remade (the book's title deliberately echoes that of the Hexaemeron, St Ambrose's commentary on the Book of Genesis).

The Decameron's central themes are love, fortune and various types of intelligence (wit, cunning, ingenuity), which Boccaccio weaves through stories that vary wildly in style and tone. The gaps between Day Three's sudden reversals of fortune, Day Four's tales of unhappy love, and the extreme bawdiness of Day Seven are vast, but Boccaccio is adept in each register. 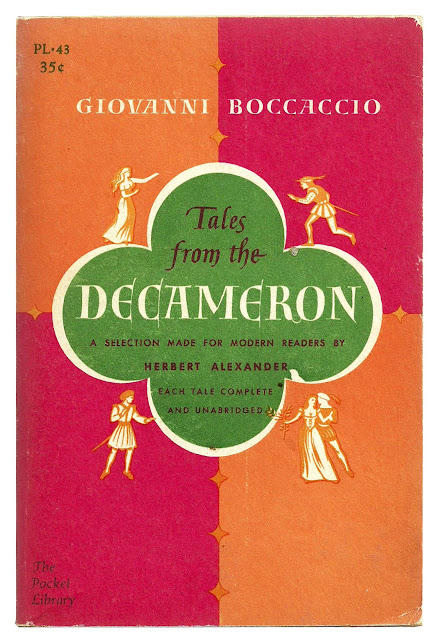 Nearly all of the Decameron's stories are tightly plotted, briskly told, by turns satirical, witty and tragic. As the academic Charles May has noted, following De Sanctis, the book moves away from the typical medieval story in which God and providence direct the narrative, replacing them with chance, coincidence, and the various base and noble drives that inspire human agency. The book teems with characters of all types and standings: clergy satisfying their lust and greed ("they resemble pigs ... for they are too feeble-minded to earn an honest living like everybody else"); pirates scouring the Mediterranean; husbands and wives cheating on each other with bonkbusterish vigour (a full quarter of the Decameron's tales concern adultery); robbers prowling the highways; and merchants scheming for profit. Boccaccio's characters generally function in a psychologically convincing way, although their psychologies are implied through action rather than made explicit by the text.
While Boccaccio's style of characterisation is easily adjusted to – it can actually make a welcome change to be told too little about a character – the manner in which certain episodes are presented can be puzzling. One of the Decameron's great innovations is its treatment of intelligence as a virtue in itself, which leaves many stories operating in a moral limbo. Nothing particularly alien about that to a modern reader, but how do we feel when the savage beating of an innocent maidservant is presented as amusing fallout from a protagonist's witty scheme? The Decameron may ultimately value love and noble deeds above all else, but it nevertheless contains a great deal of sadism, mental cruelty and misogyny, all three of which combine in the controversial story of Griselda with which the book pointedly, yet ambiguously, ends. Perhaps Boccaccio's occasional hard-headedness derives from the ambitious and prosperous society in which he was brought up (the book has been called "the epic of the bourgeoisie"). Or perhaps, as with any great work of art, the Decameron invites and ultimately eludes a single interpretation. The academic Gregory B Stone writes: "Anyone who thinks they can say what Boccaccio intended to say will be saying the opposite of what Boccaccio said." 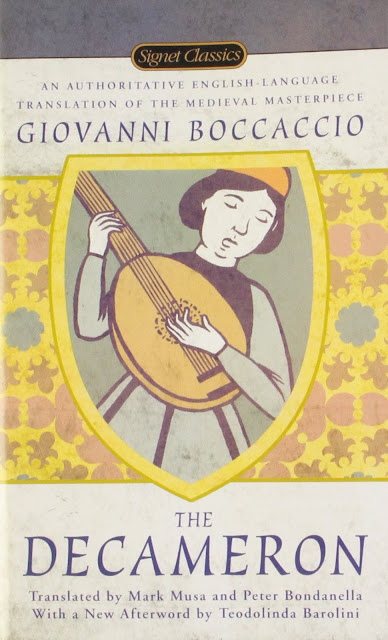 Opinions of the Decameron have certainly varied across the centuries. Coleridge thought much of it "gross and disgusting", while DH Lawrence praised its "natural fresh openness about sex". Certain tales have defied translators, as a Guardian review of 1934 alludes to when passing over "that one notorious story which ought always to be left in the Tuscan". Some call Boccaccio a proto-feminist, others a misogynist. GH McWilliam, translator of the Penguin edition, believes him to be "no more feminist than St Paul".
In the introduction to Day Four, Boccaccio launches a passionate defence of the Decameron, pre-empting his critics by rehearsing their arguments and demolishing them in turn. He did so because, when he was writing, vernacular narrative prose was not a serious art form. The Decameron changed that, becoming a model for the writers of the Renaissance and providing one of the richest narrative stores in European literature. A satisfying rejoinder to those who, according solely to Boccaccio, of course, said he "would be better employed in earning myself a good meal than in going hungry for the sake of producing nonsense of this sort".